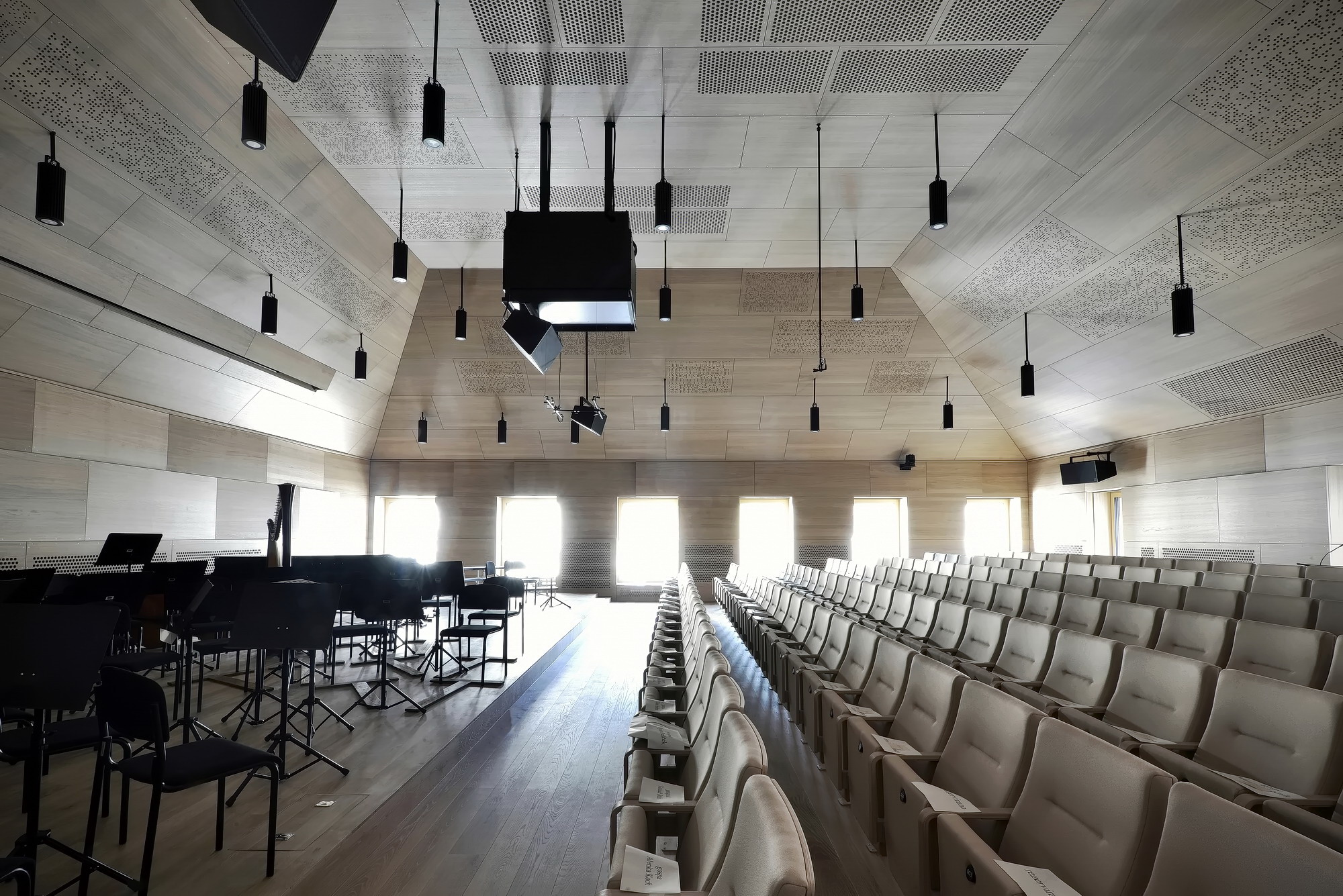 Concept Ljubljana's Conservatory of Music and Ballet is one of the oldest music schools in Slovenia, dating back to 1919. Located in the immediate proximity of many historical buildings and other important monuments, the overall renovation aimed to improve the existing program and some technical features of the school's facilities, while preserving the original volume and structure. Two streets, featuring significant examples of the work of Slovenia’s greatest 20th century architect, Jože Plečnik, enclose the building. One of his more prominent works – the National University Library – is situated across the entrance from Gosposka Street. With that said, the architects undertook several challenges of contextualizing the historical aspects of the surroundings within the building as well. The whole renovation aimed to expand the repertoire of different spaces where musical education can be practiced and performed. The projects consist of four larger architectural interventions: Atrium, a renovation of a formerly non used existing terrace; Roof extension, which now provides additional classrooms and offices; Entrance staircase, now connecting the entire premises of the building, And a new concert hall with sufficient capacity to host larger performances. The main concept of the renovation was to improve a relatively conservative program of schools stemming from the time of the Austro-Hungarian Monarchy, where the interaction between people outside of classrooms seemed detrimental. By carefully rethinking, some of the core facilities within the building the architects managed to spark new liveliness characteristic of a school that strives to share the knowledge between many generations of artists and musicians. One of the more visible overall improvements is the newly formed concert hall. With the assistance of acoustics experts, the hall has been enfolded with a wooden perforated shell in order to ensure high quality of sound, as well as to hide some of the ventilation shafts. In a place where a simple, rarely used terrace used to face the inner atrium, the architects arranged an external auditorium with a side staircase and a glass wall. This intervention strongly marks a new experience of the ambience, as the building with an external auditorium has acquired a large, open and airy space that merges with the city itself. The roof above the auditorium has been significantly dematerialized as well as equipped with light fixtures. The motif of flaps characteristic of theatre light fixtures is repeated in the negative on the suspended panels on the auditorium side. In this way, architecture paraphrases the basic musical structure with its expressive possibilities: the positive and the negative of the sample can be understood as an allusion to “question and answer” principle in music. 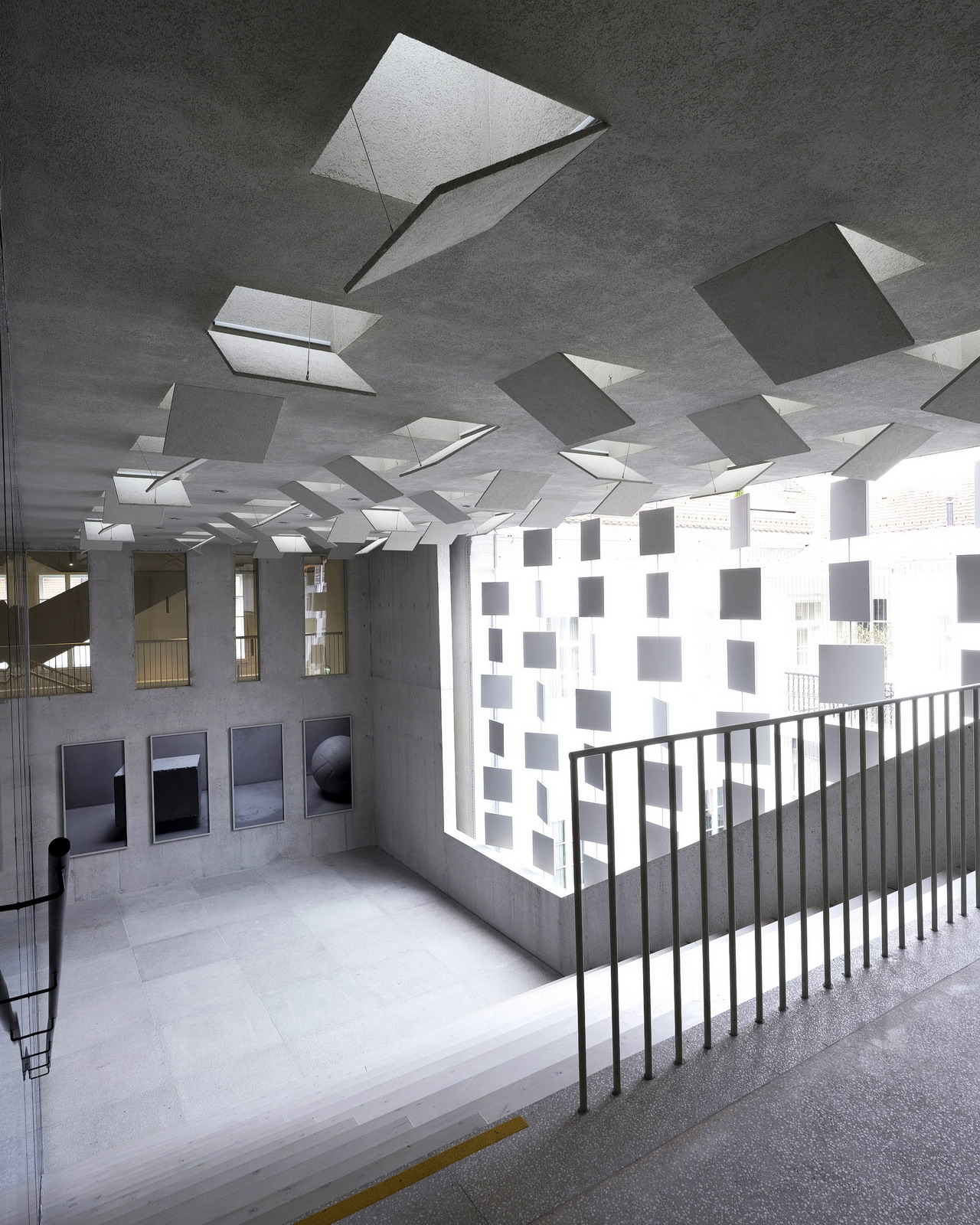 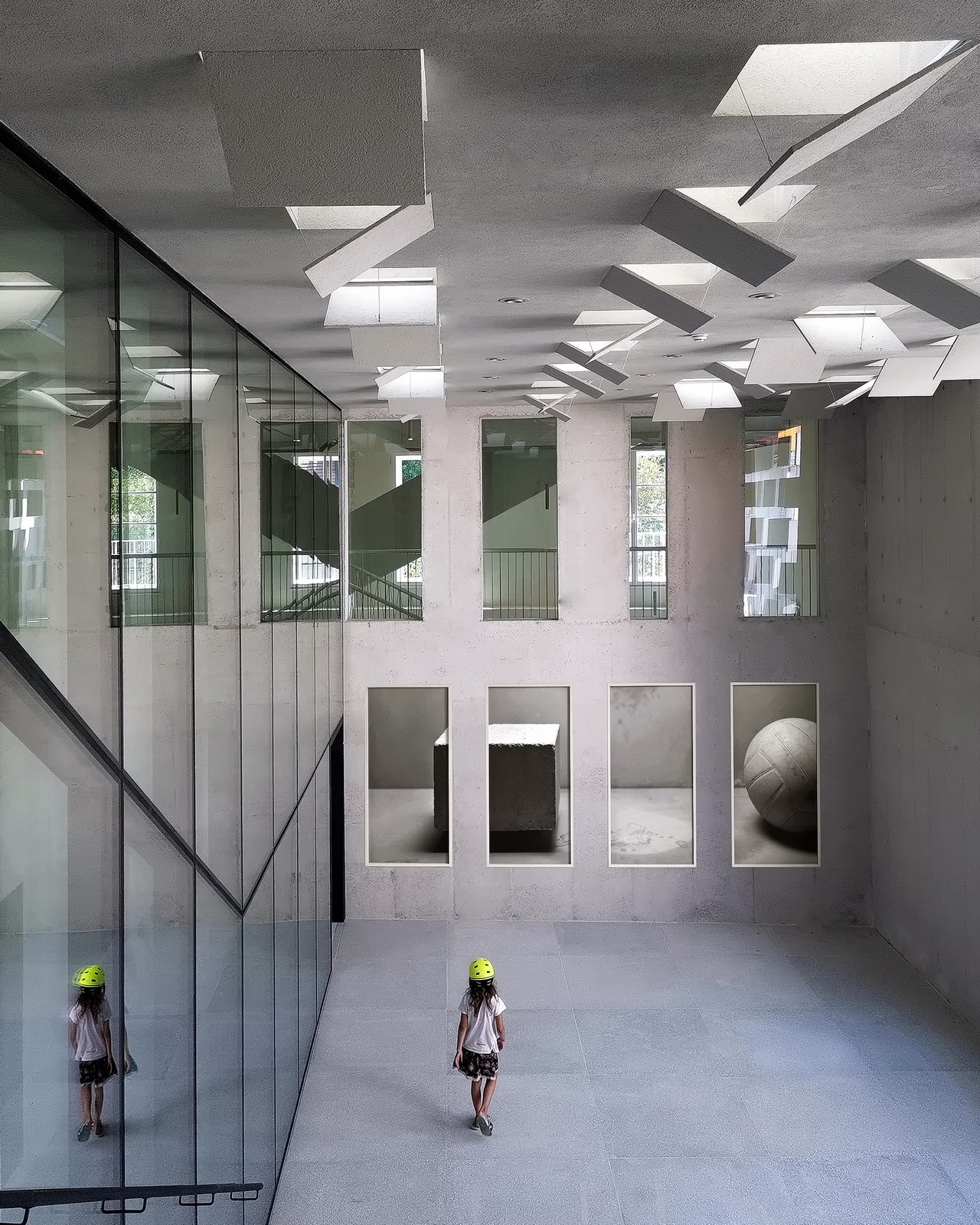 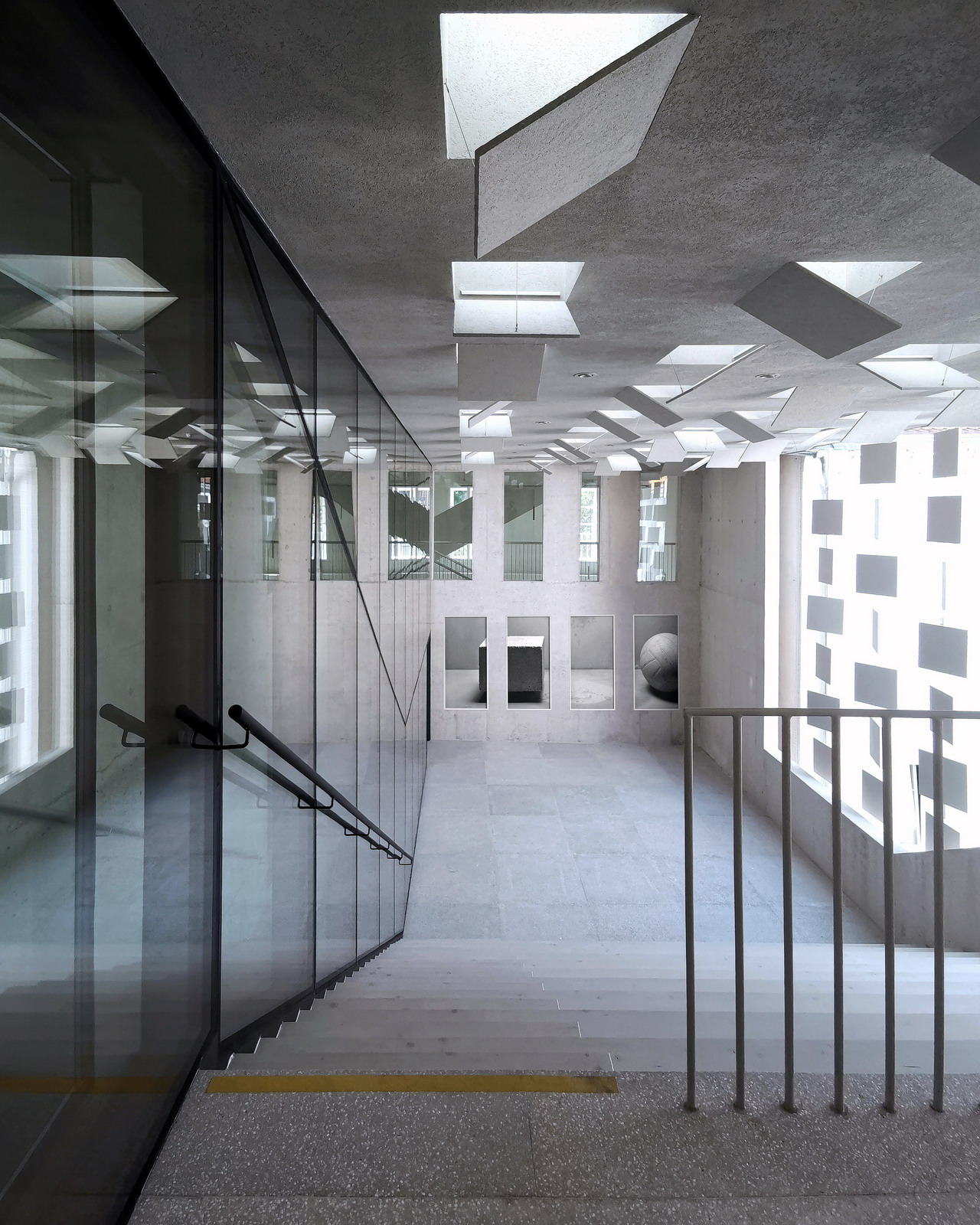 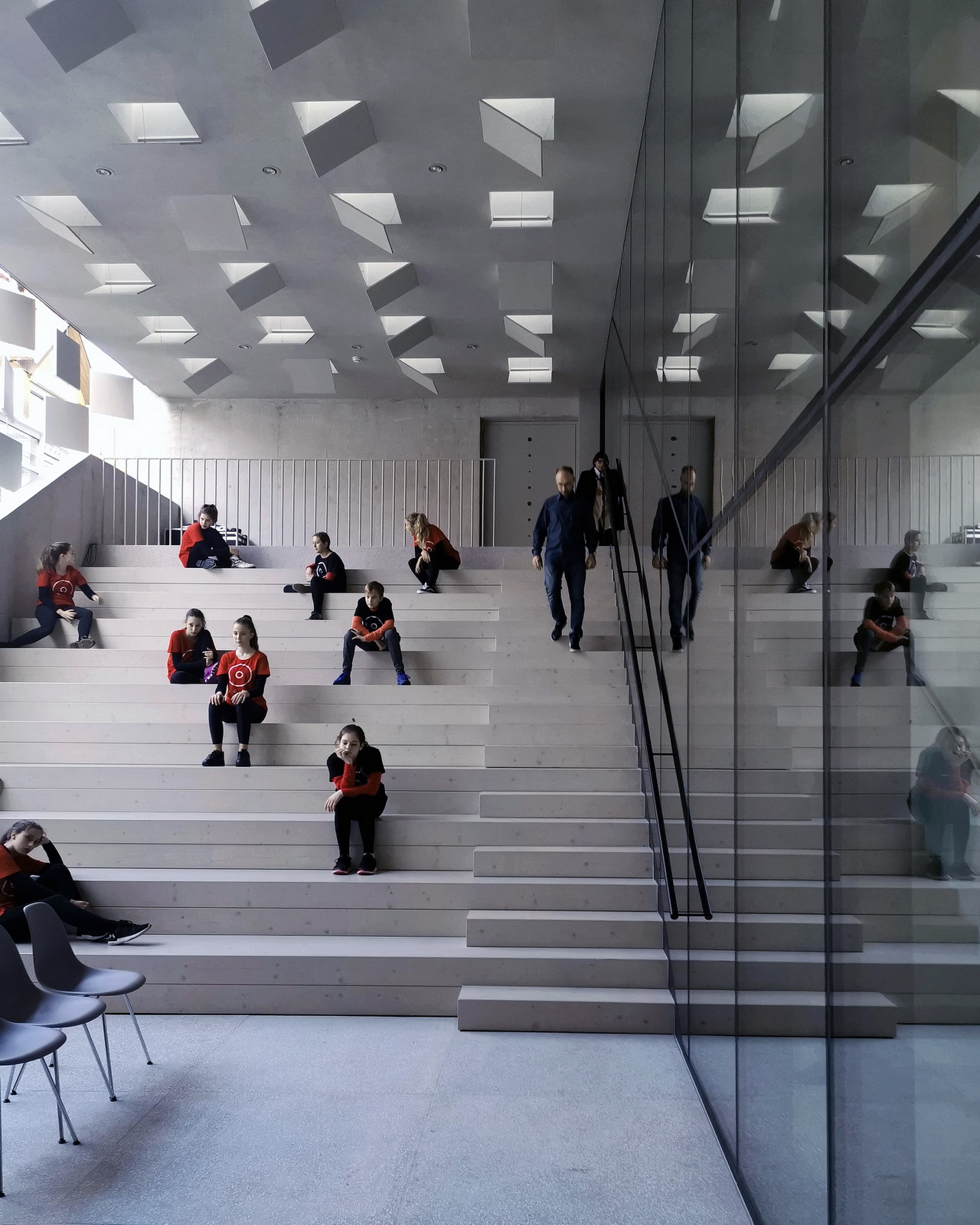 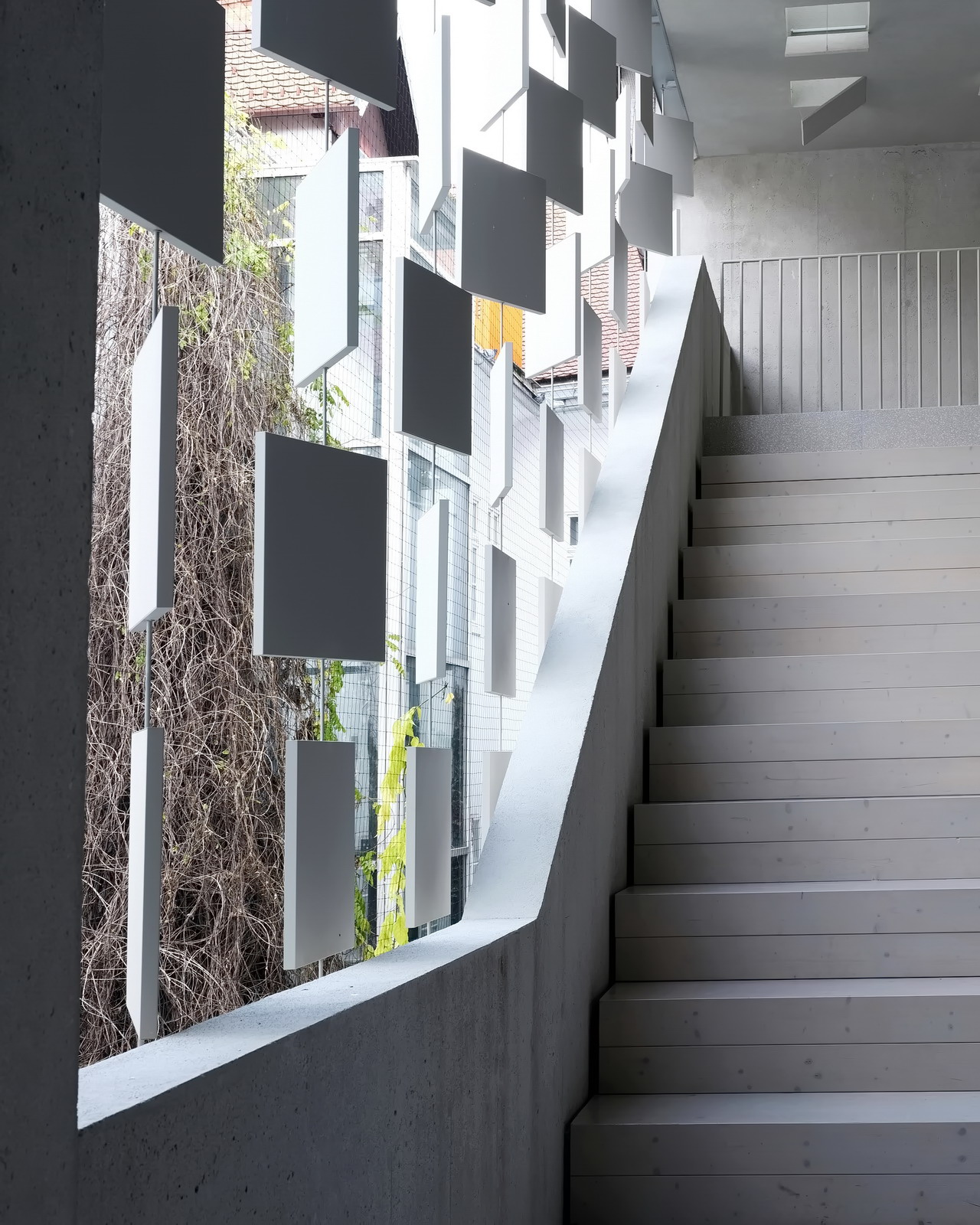 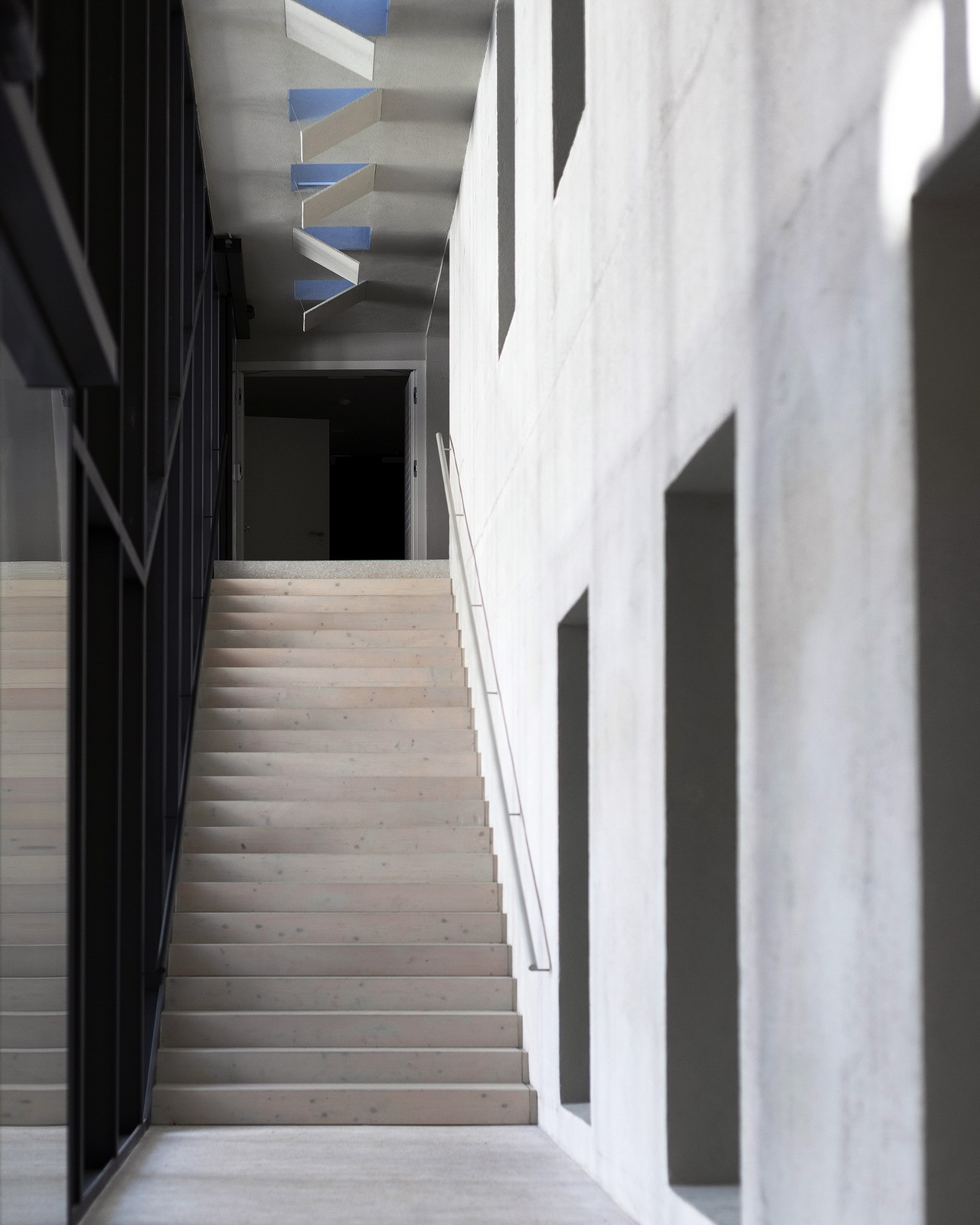 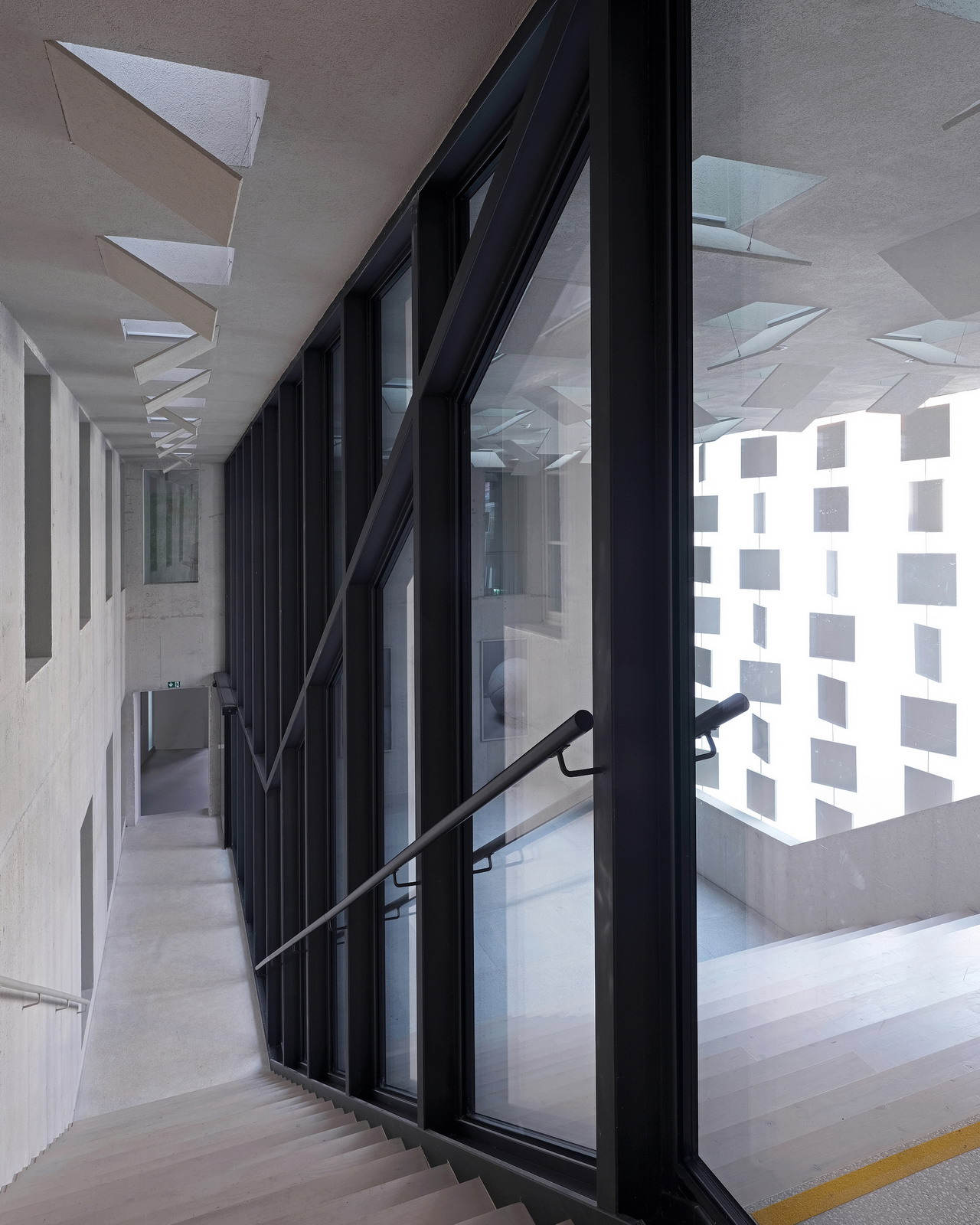 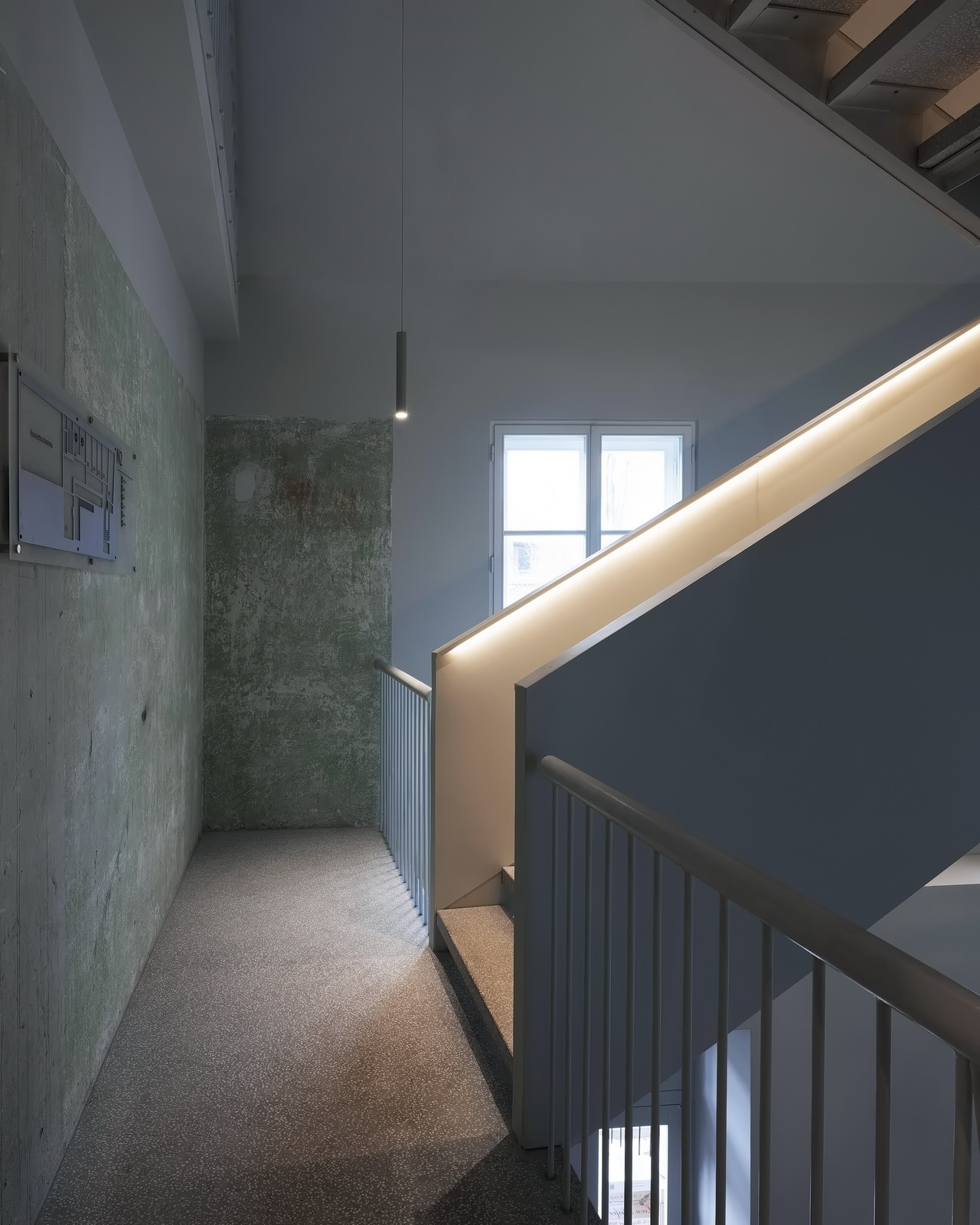 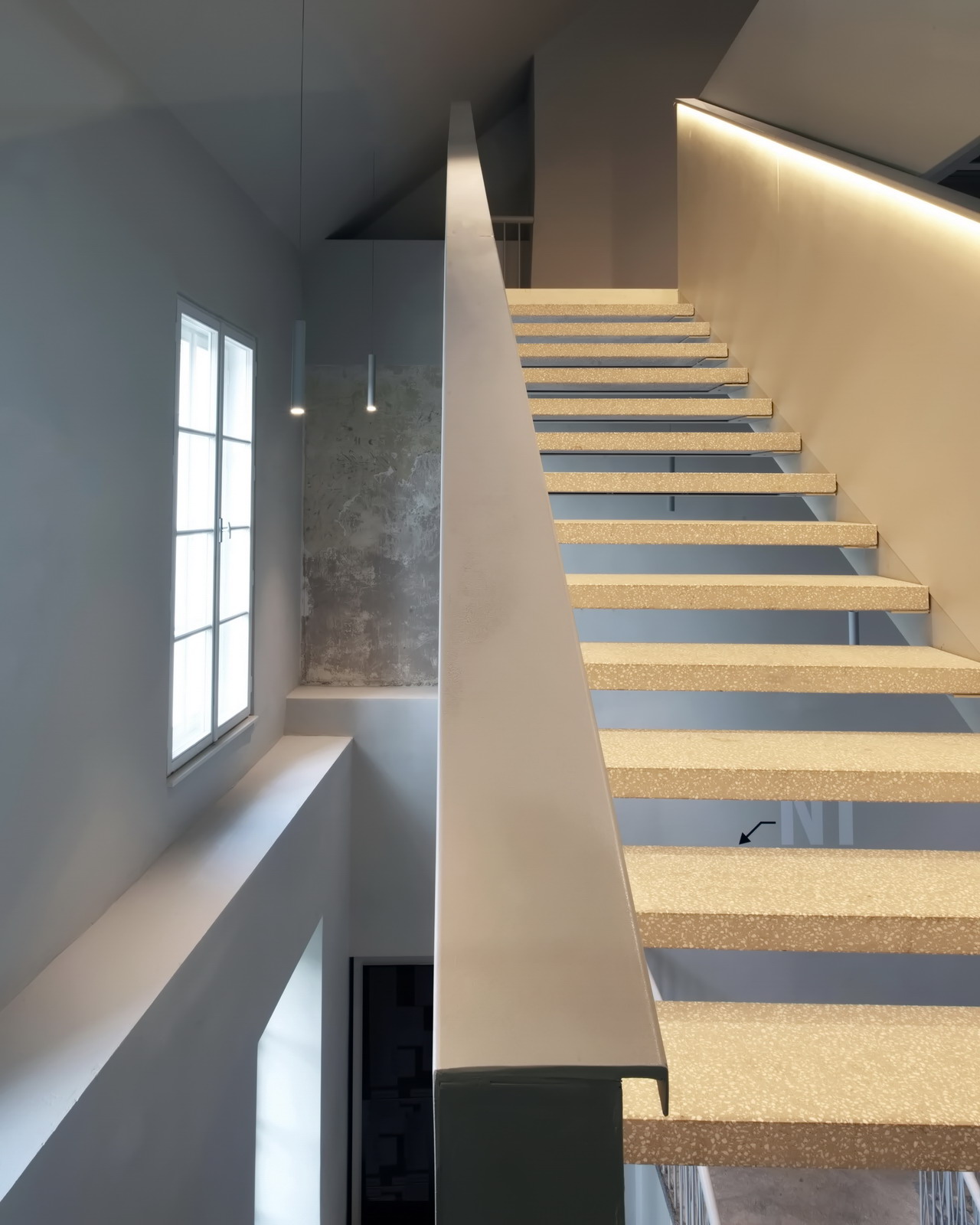 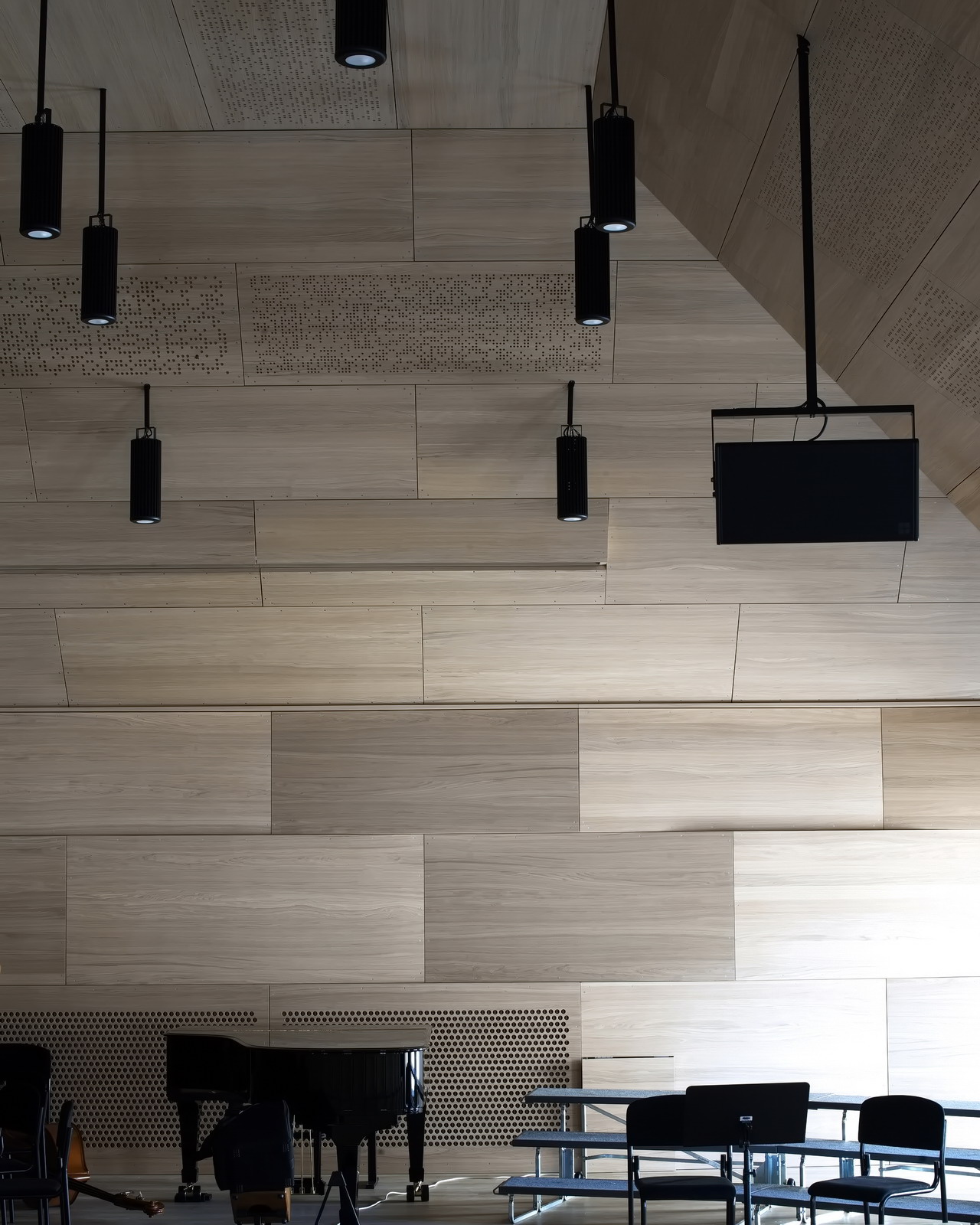 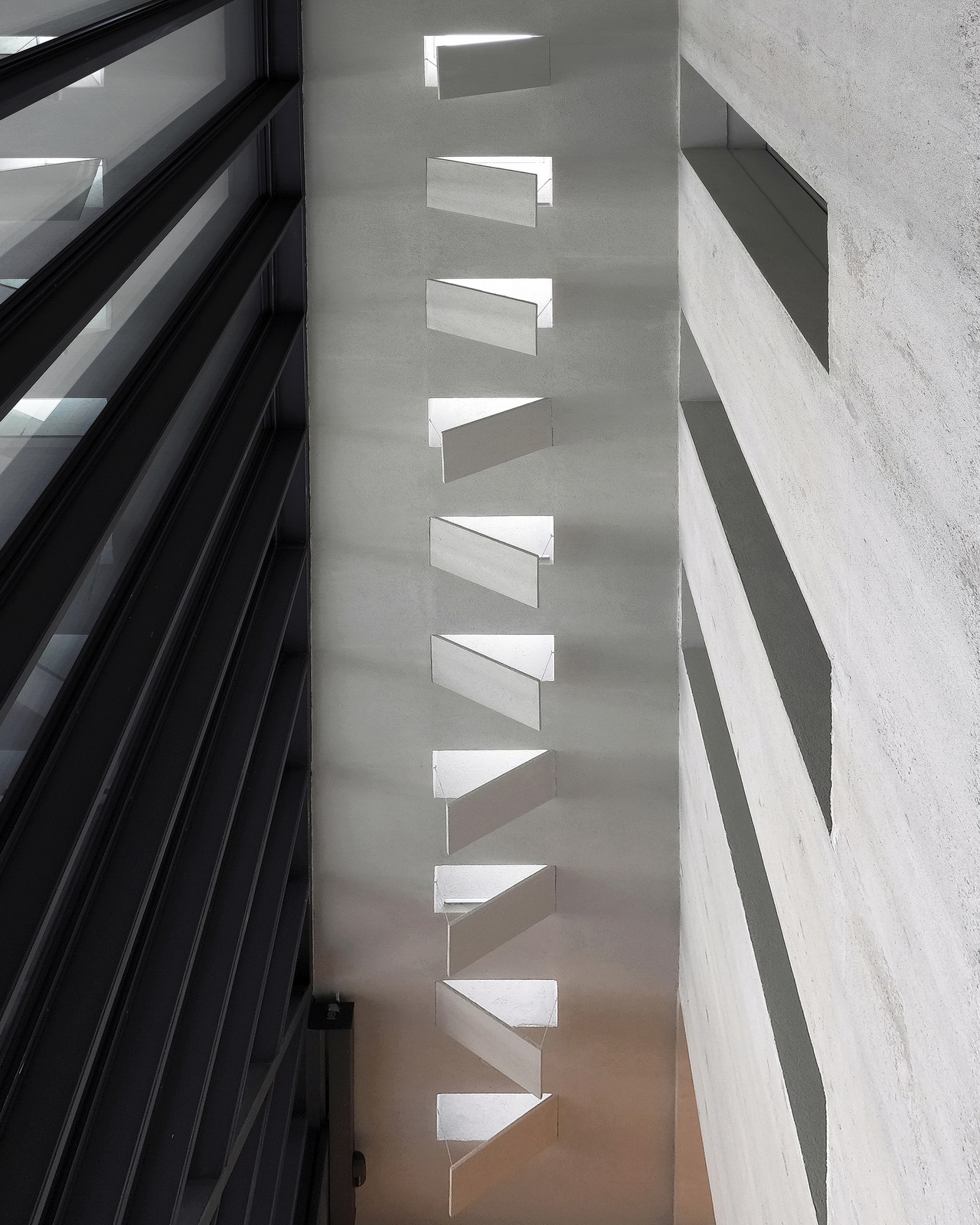 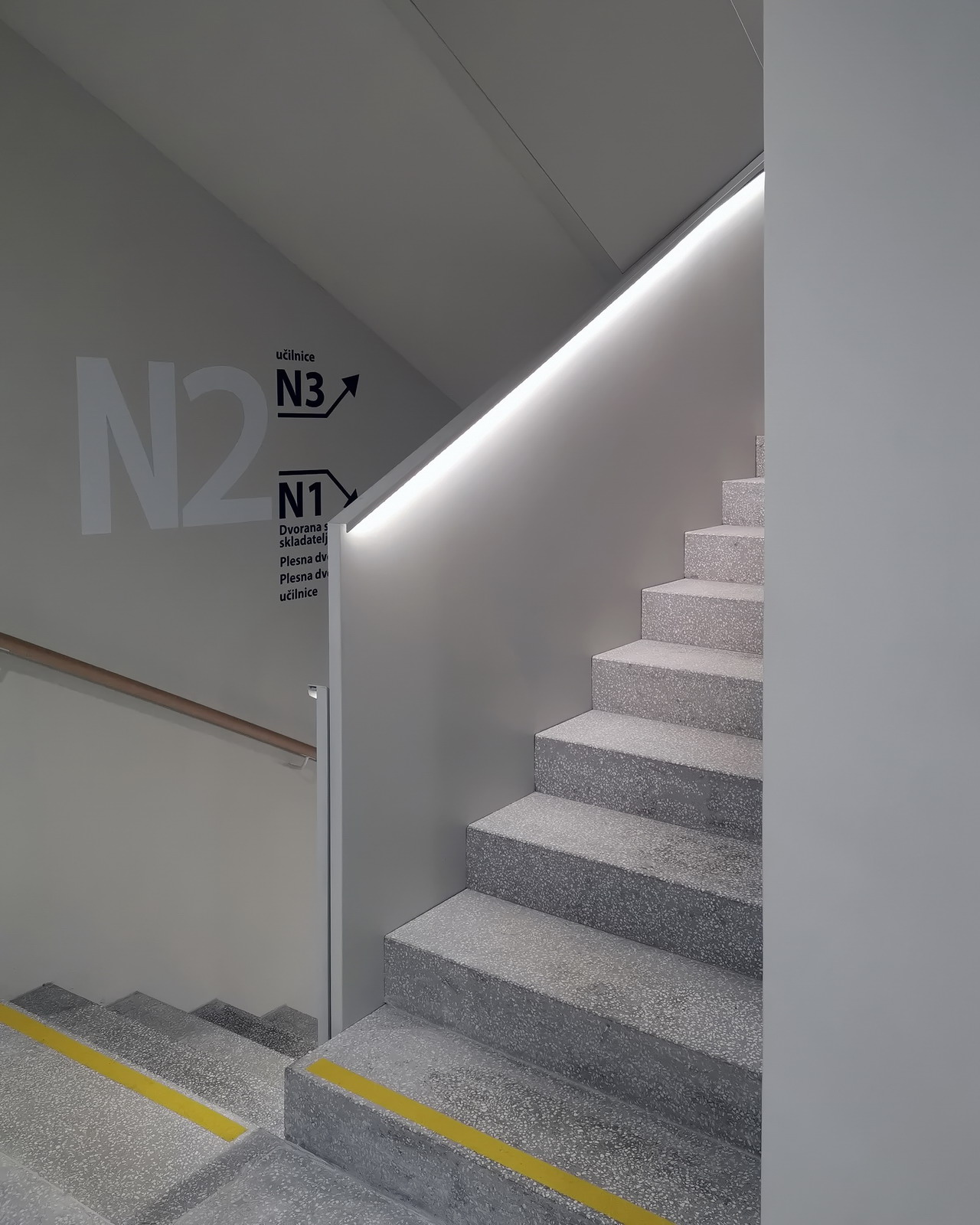 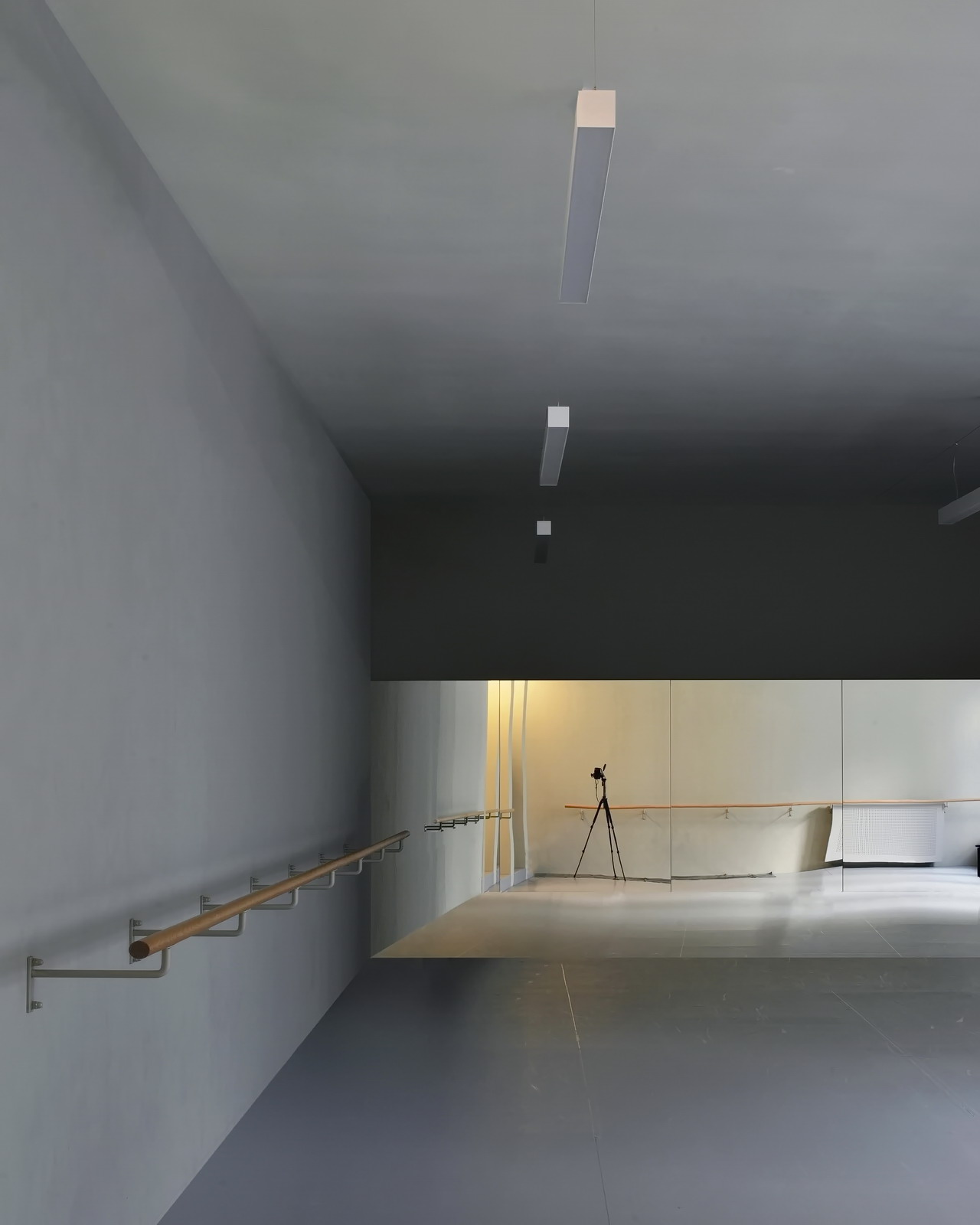 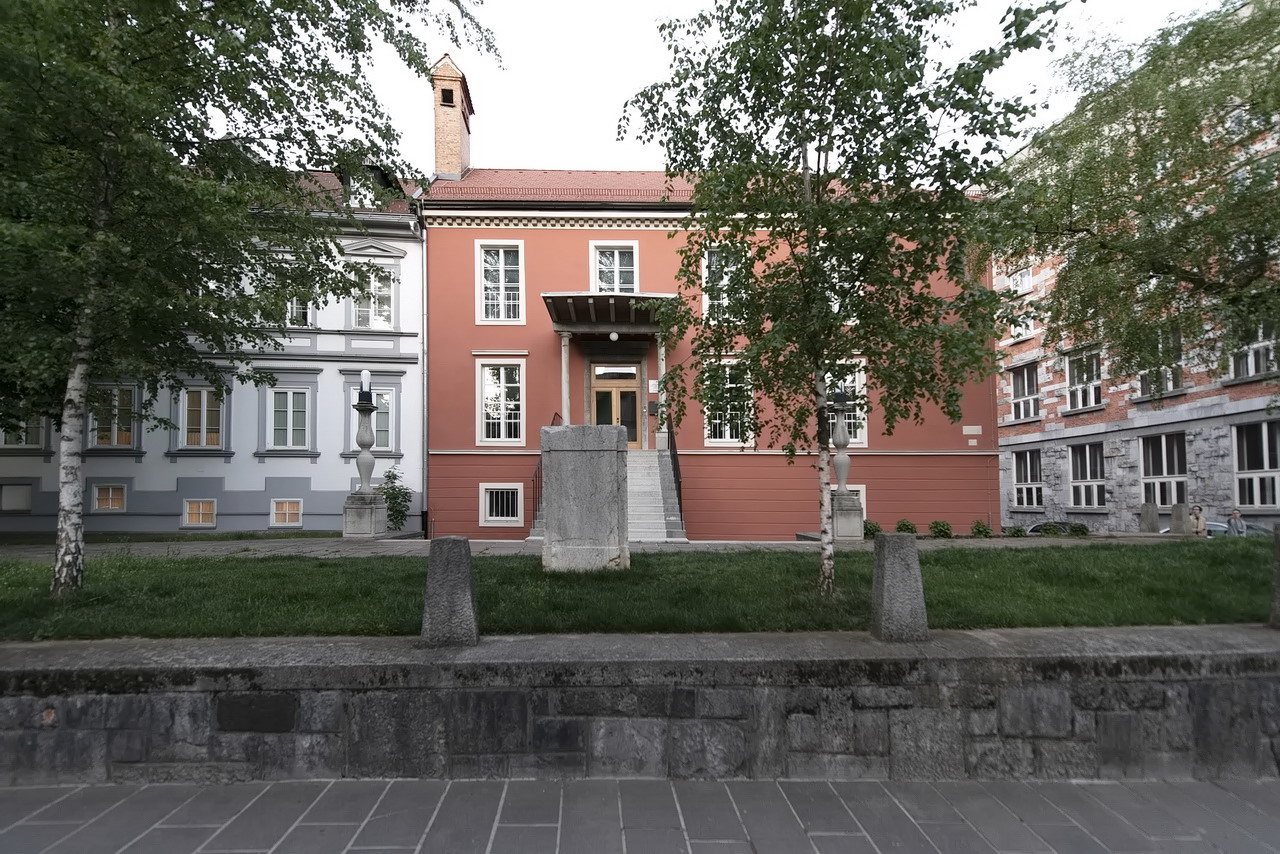 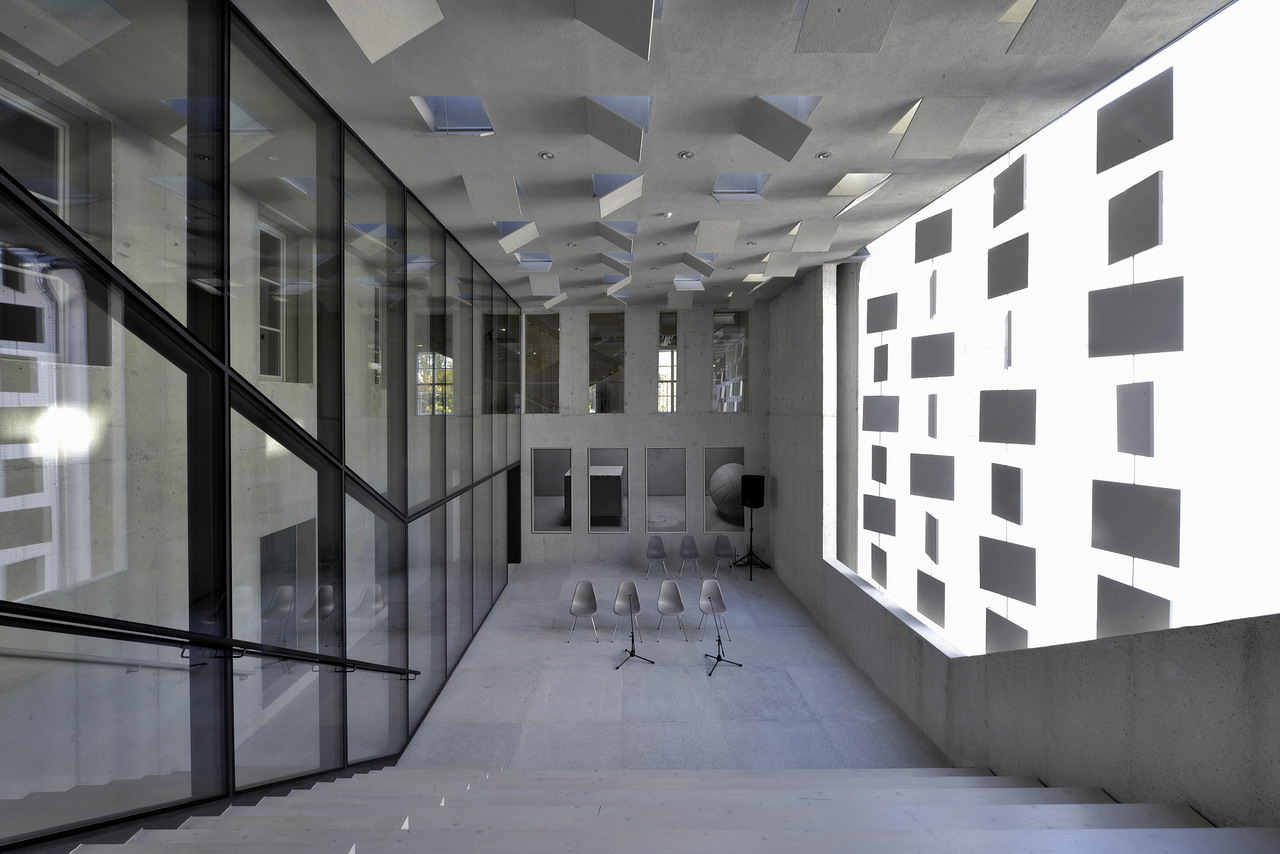 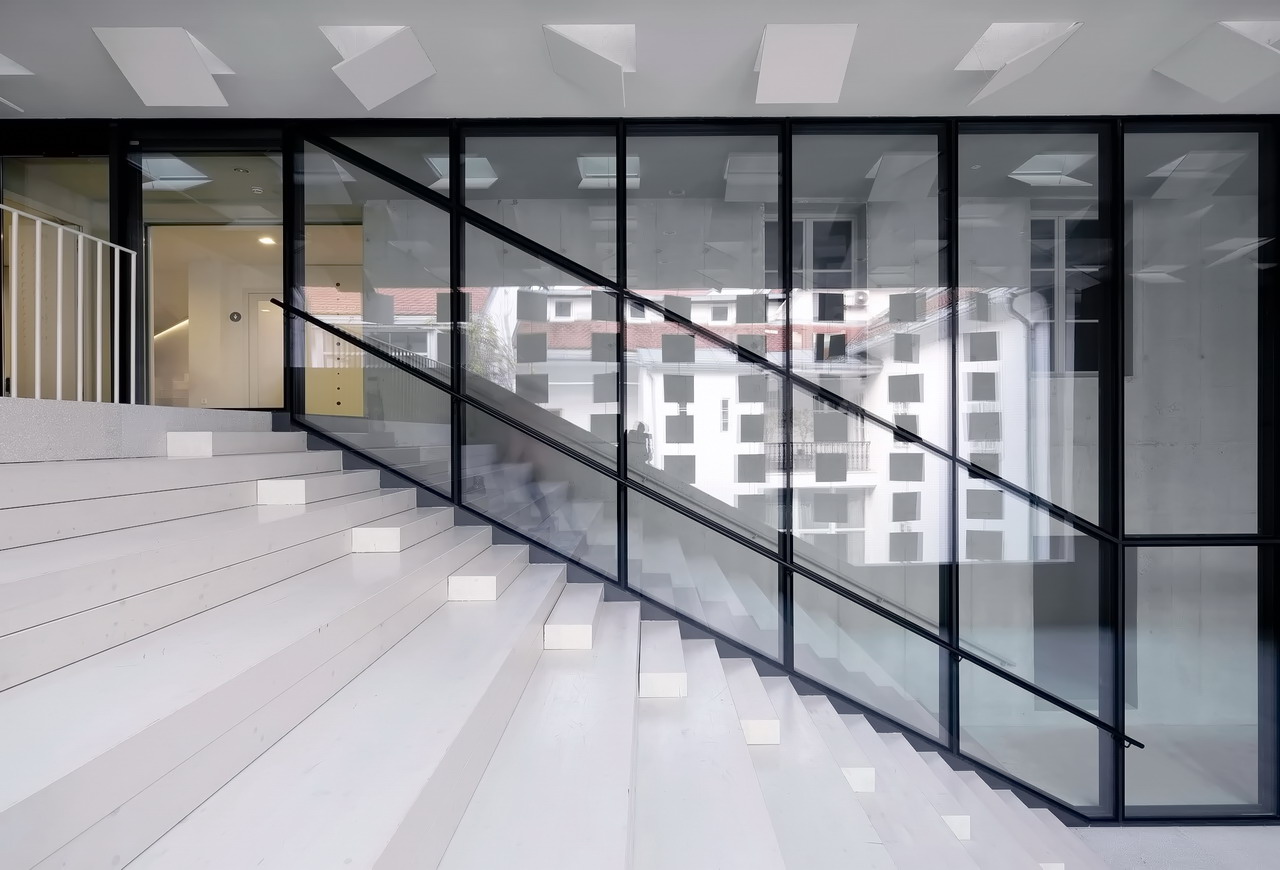 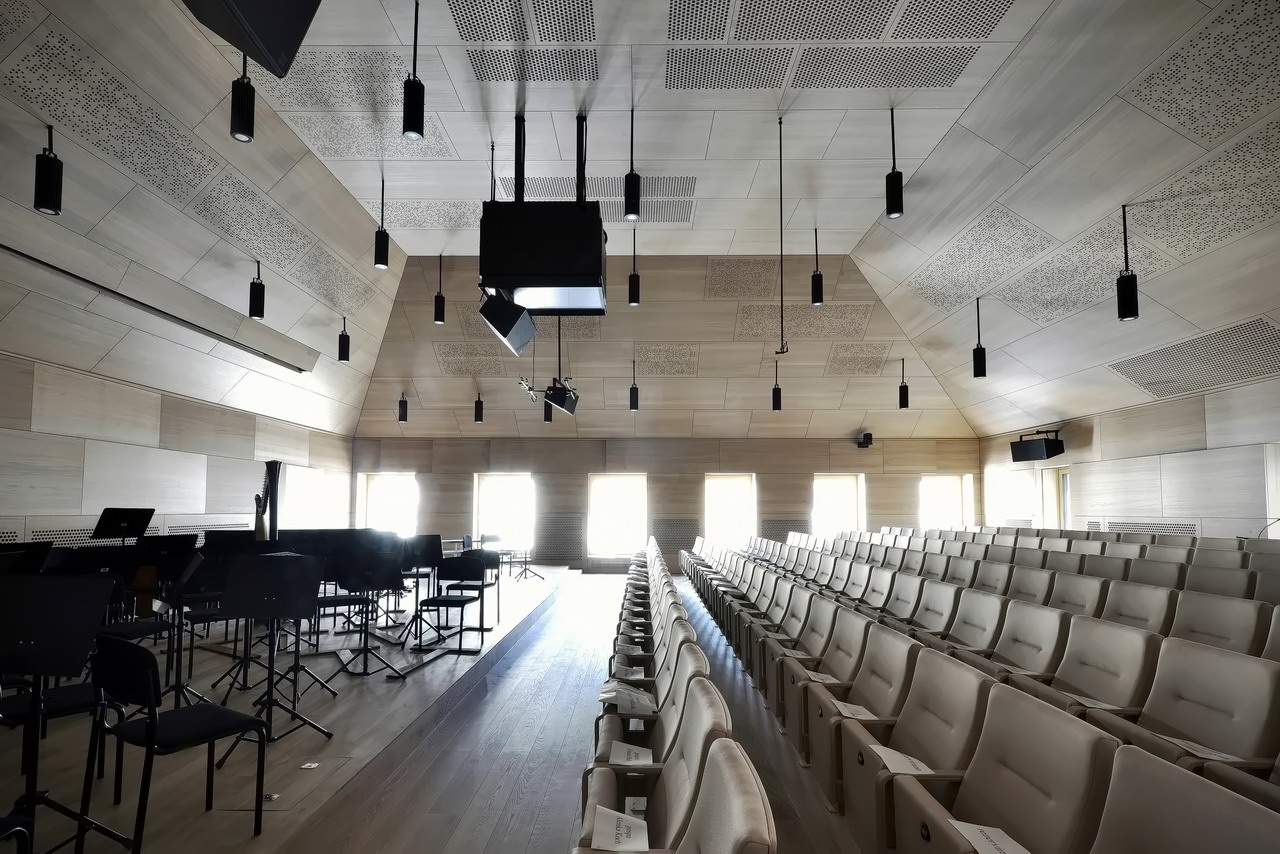 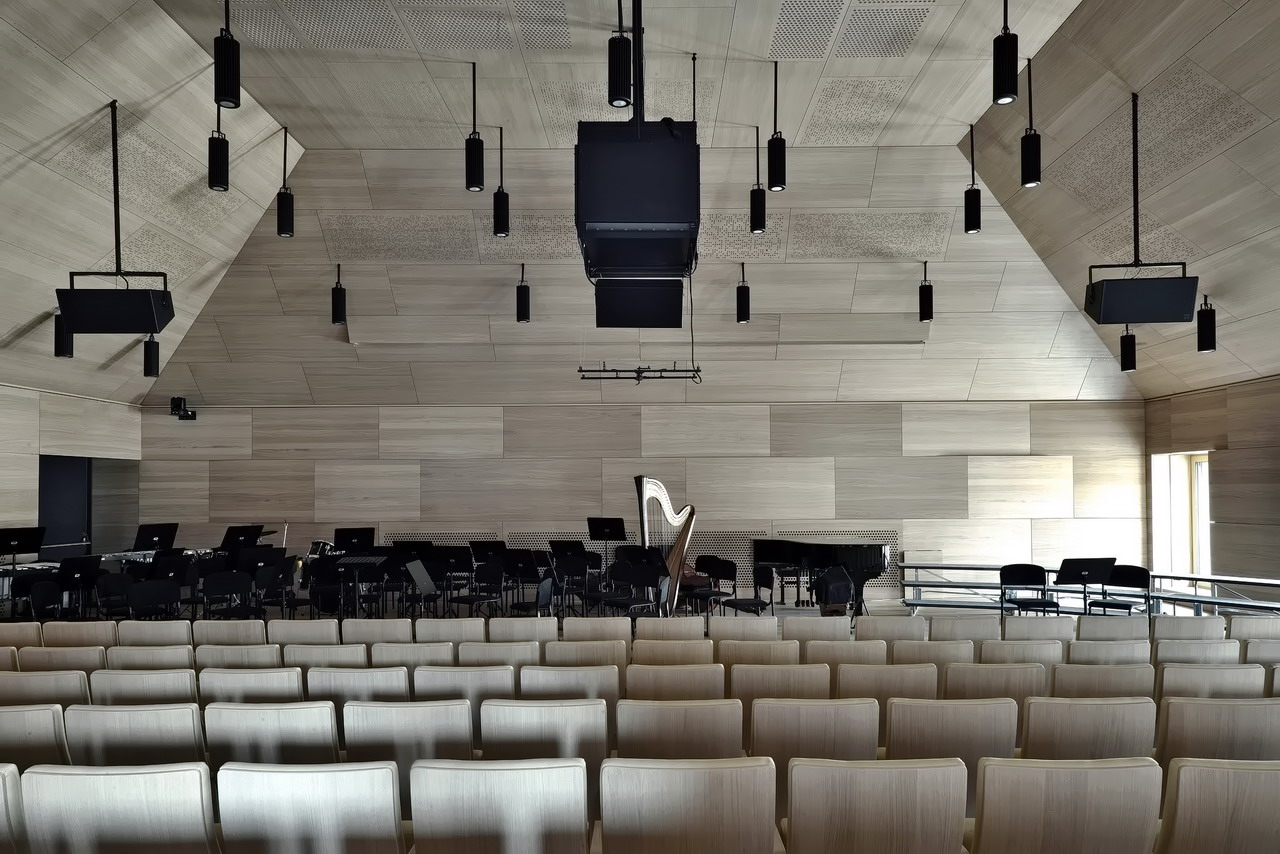 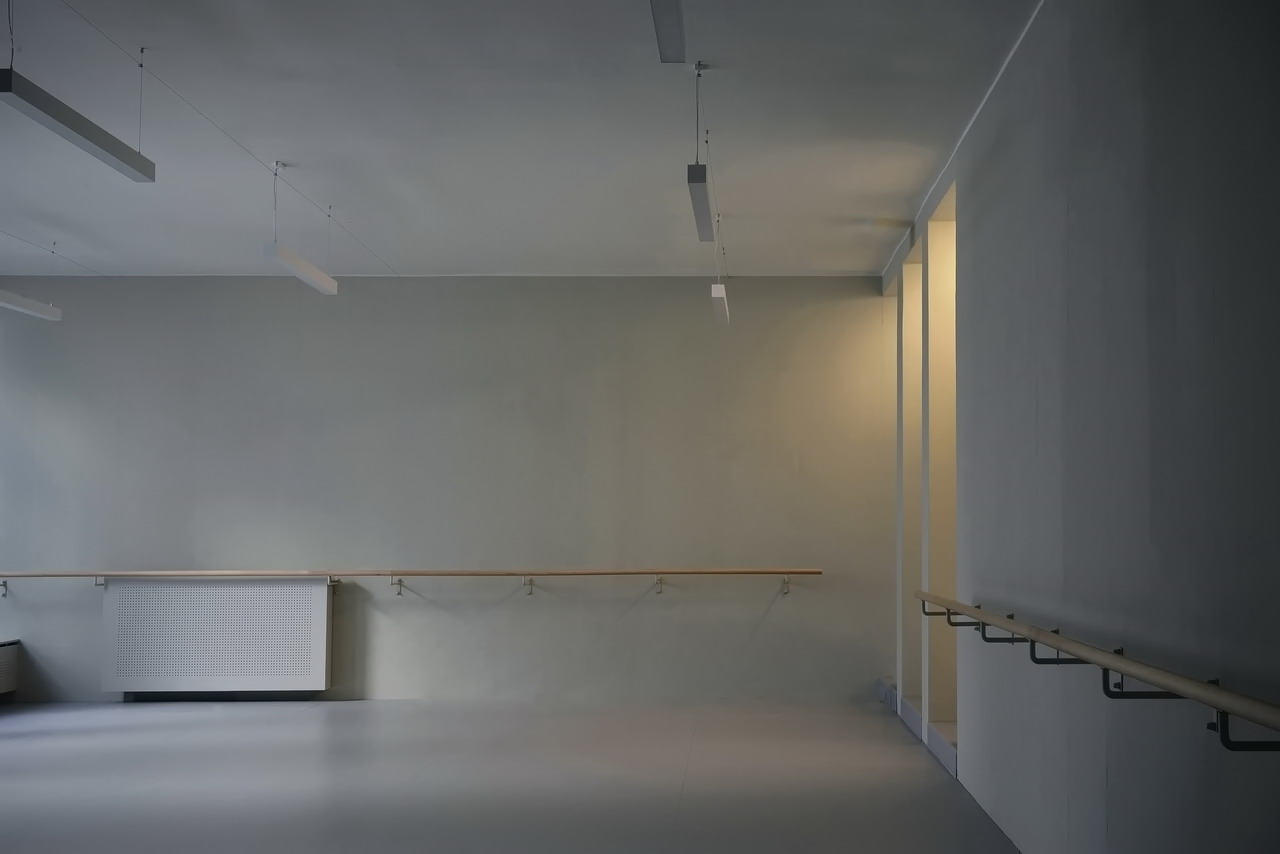 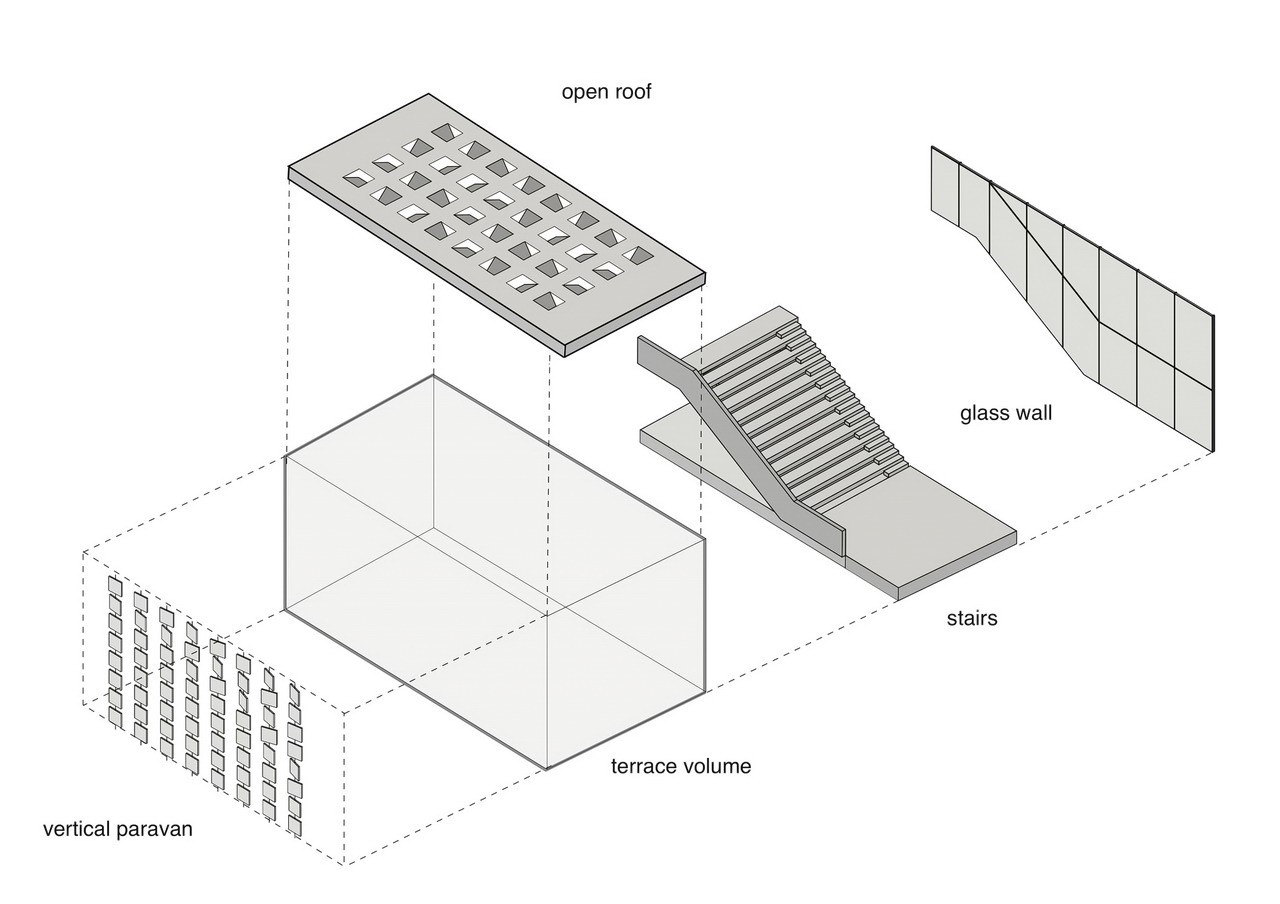 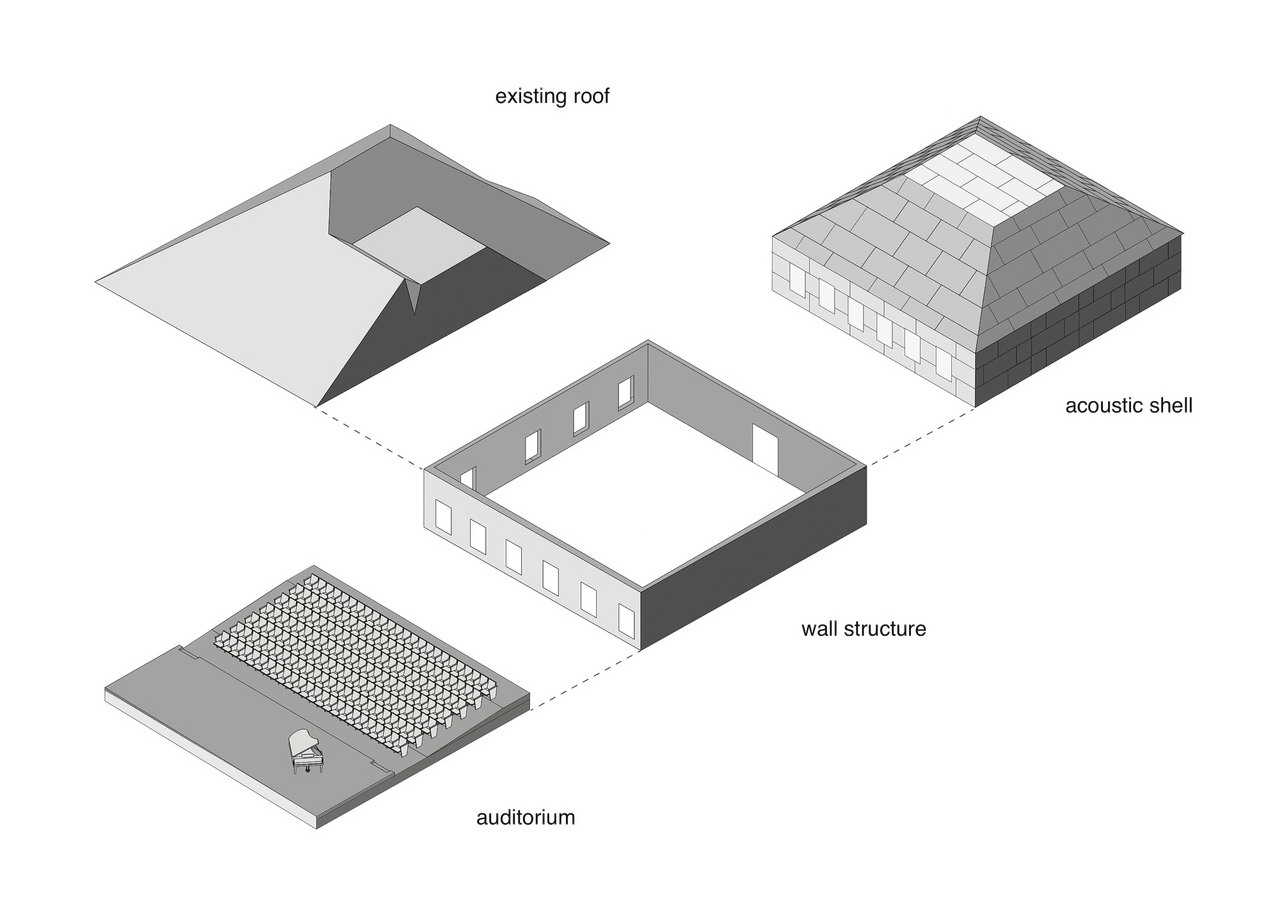 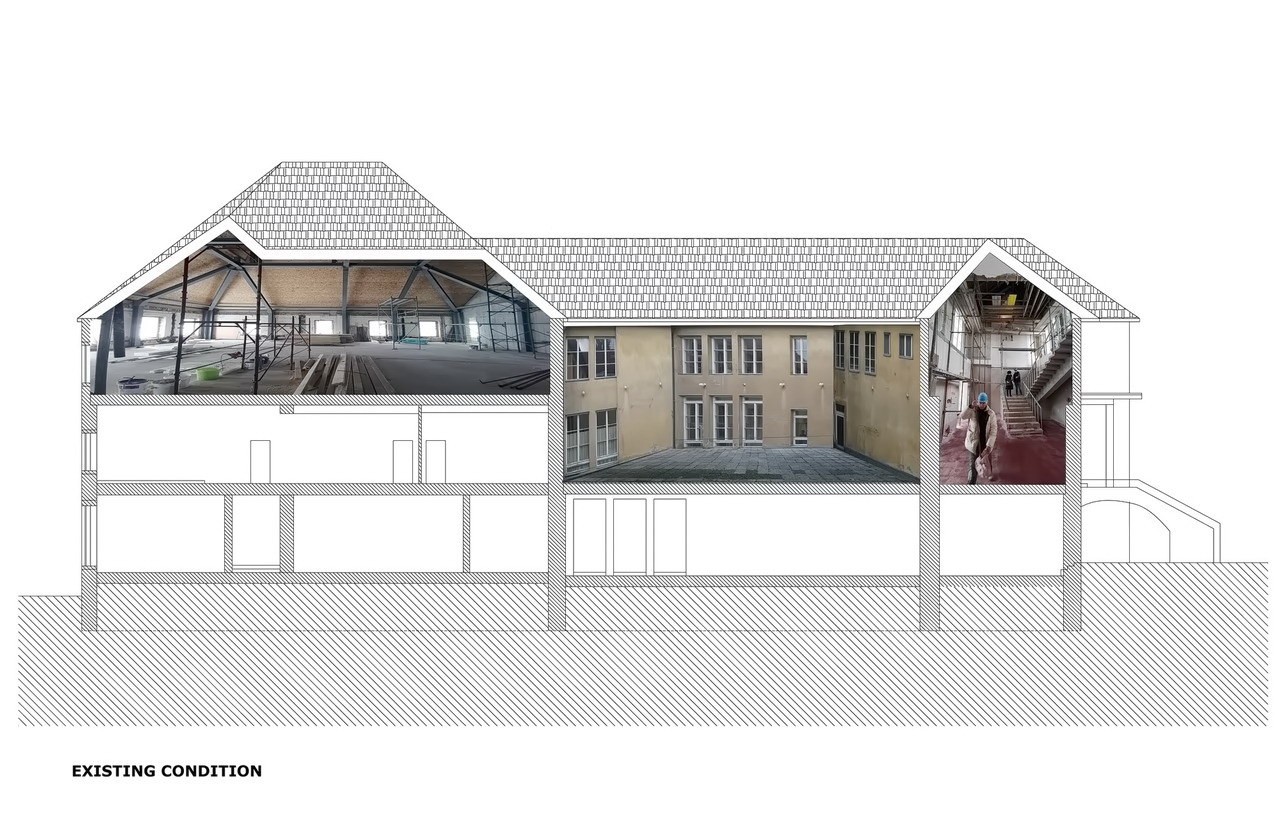 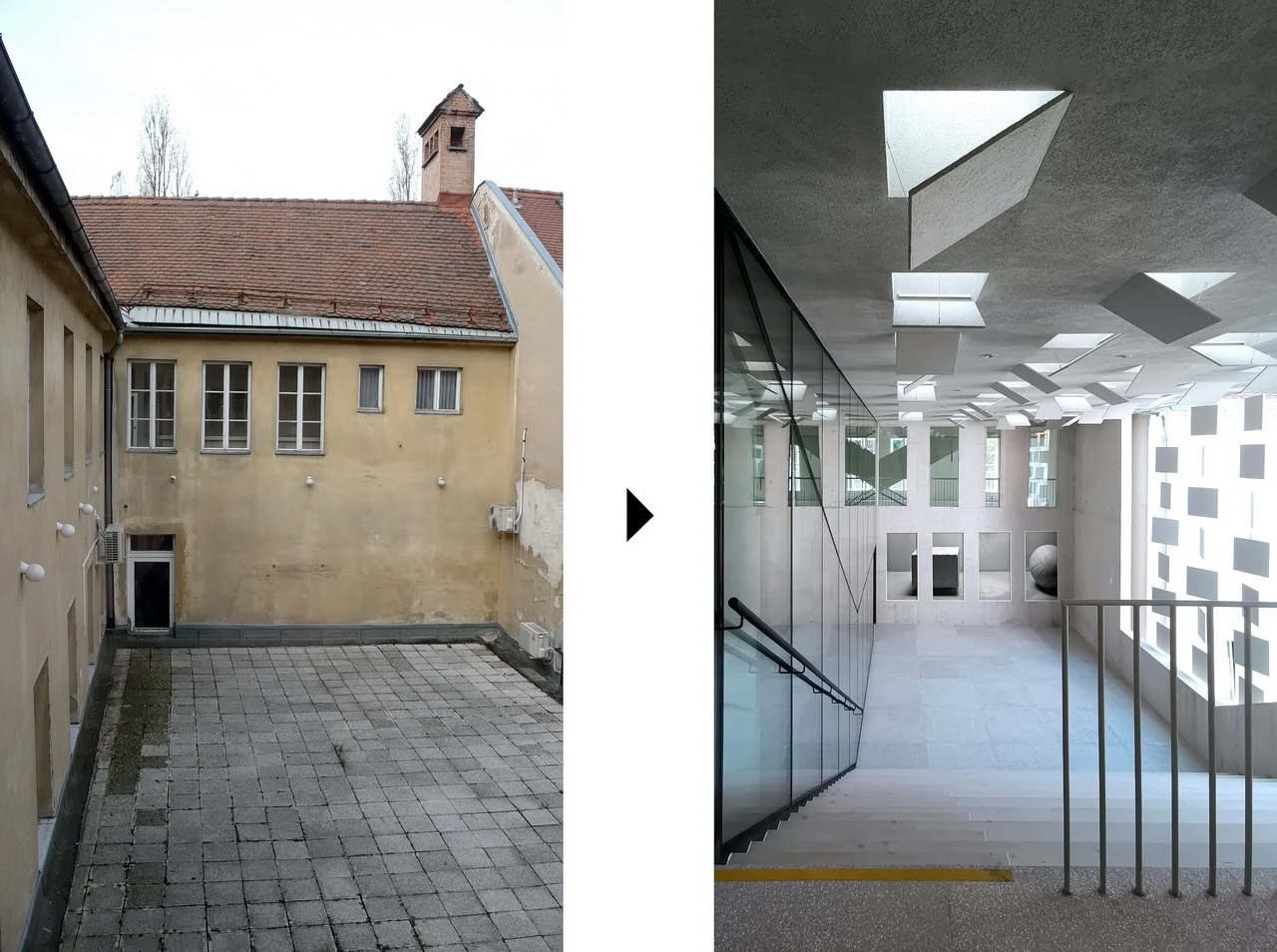