Los Angeles has a housing crisis with problems of affordable housing, density and homelessness. The region has fewer homes per capita than any other in the US and more than half of inhabitants are renters spending at least half their income on housing - This directly correlates with the rise in homelessness. This studio researched alternative housing solutions. The result not only proposed architectural and planning solutions but also a business model that could attract private investors or alternative associations and offer affordable housing solutions. What is Microliving? The culture of Micro living favors living in small, efficient and sustainable dwellings that include only the basic home necessities. The idea of micro-living is not new, especially in dense Asian cities, the trend has been fully embraced to cope with the rise in prices, density and its potential for tackling economic uncertainties. The trend is now also on the rise in European and US capitals but still unknown and has yet to be adapted to western lifestyle. Why micro-living? Throughout the last few decades, Southern California has seen tremendous population growth - even though the larger region is still growing, LA’s population is shrinking due to a lack of available & affordable housing. Parallel statistics also show that LA’s senior population is growing faster than any other age group in the city. Working and living in the city will be redefined as new professions emerge from the current digital age, but the pressures on our already strained housing market and infrastructure are unlikely to diminish. Prices of new-build housing is on the rise and the average worker will be able to afford less and less sqm, ultimately needing to seek new ways of living. Whilst significant cost is attributed to high land value, curious and effective ways of reducing costs would be to design for smaller volumes to inhabit, cheaper ways of construction and most radically, getting rid of the traditional notion that a home has to be permanent. Age of Minimalism? Current predictions suggest that the need to “own” something will lessen with the rise of sharing economies - where things can be easily streamed, borrowed or exchanged. This age of minimalism coupled with residents who prioritize living in dense cities over spacious suburbs heightens the potential for micro-living to diversify Los Angeles' housing offer deserves research and needs debate. Longterm parking or new Nomadland? Can the redesign of existing spontaneous solutions such as old trailer parks reflect this new reality? Many of us are familiar with the traditional stereotypes: rows of dilapidated white rectangles occupied by under-privileged users but times have changed and the emphasis has shifted from mobility to affordability. Can redesigned waste lands or parking lots provide attractive neighborhoods for these manufactured and mobile homes? The goal of this studio includes implementing the most innovative ideas of form that adapt to transform underutilized sites into beacons of collaboration between construction and design, sustainability and resiliency. Universal Site. Initially focussed on creating a case study on a universal parking lot, rectangule 75x75m. Infrastructure was created to satisfy basic hygienic, social and living needs. Living units (prototypes, microhousing, trailers etc...) plugged inside these systems. The inspiration for creating comunity is the short documentary video by Lance Oppenheim published in New York Times in 2016: Opinion | Home Is Where the Parking Lot Is - The New York Times (nytimes.com) Then students proposed specific site and programs either inside LA or elsewhere. They related the study to mass migrations, climate refugees, rising prices of home ownership everywhere... The investigation was led by themes such as minimum standards, prefabrication and speed of assembly/dismantling, interconnected construction and design, and the use of different sustainably sourced materials. The intervention mixed a continuous system of parks, new buildings, reuse of different structures - interweaving landscape, urban design, social themes, temporary functions and being able to host different events. It was grounded in the principles of Smart city combed with thoughtful mobility plans, self-sufficiency and zero waste / netzero energy constructions. 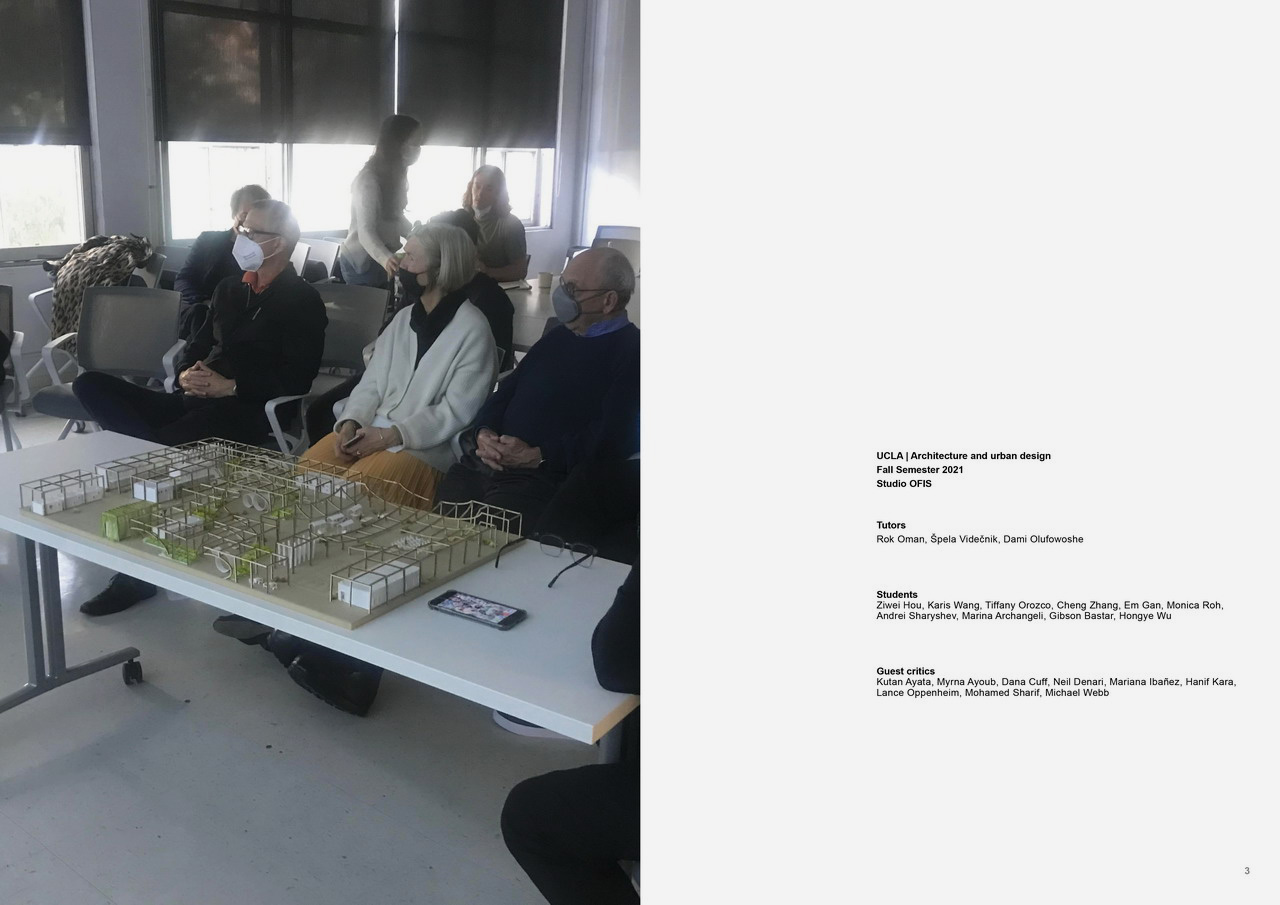 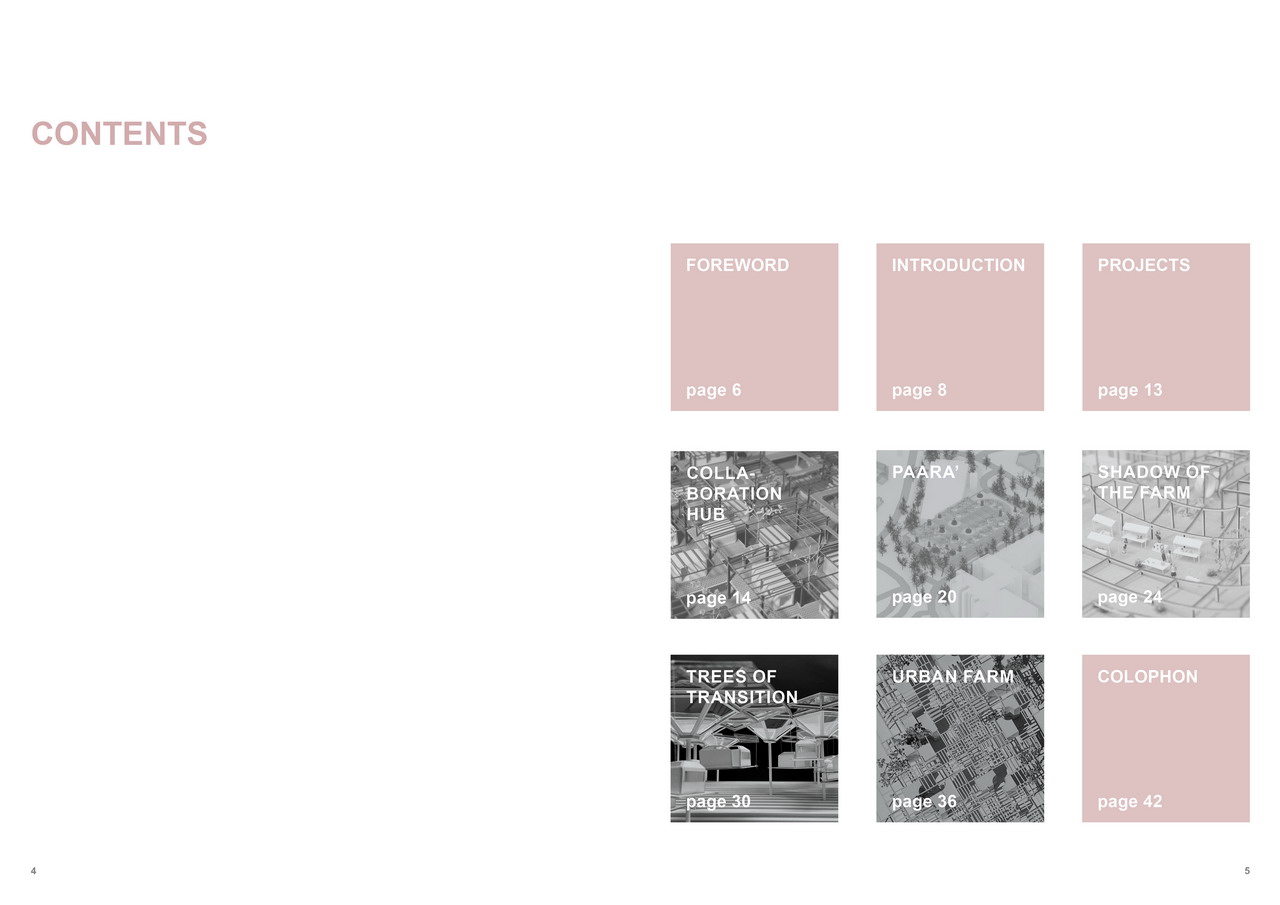 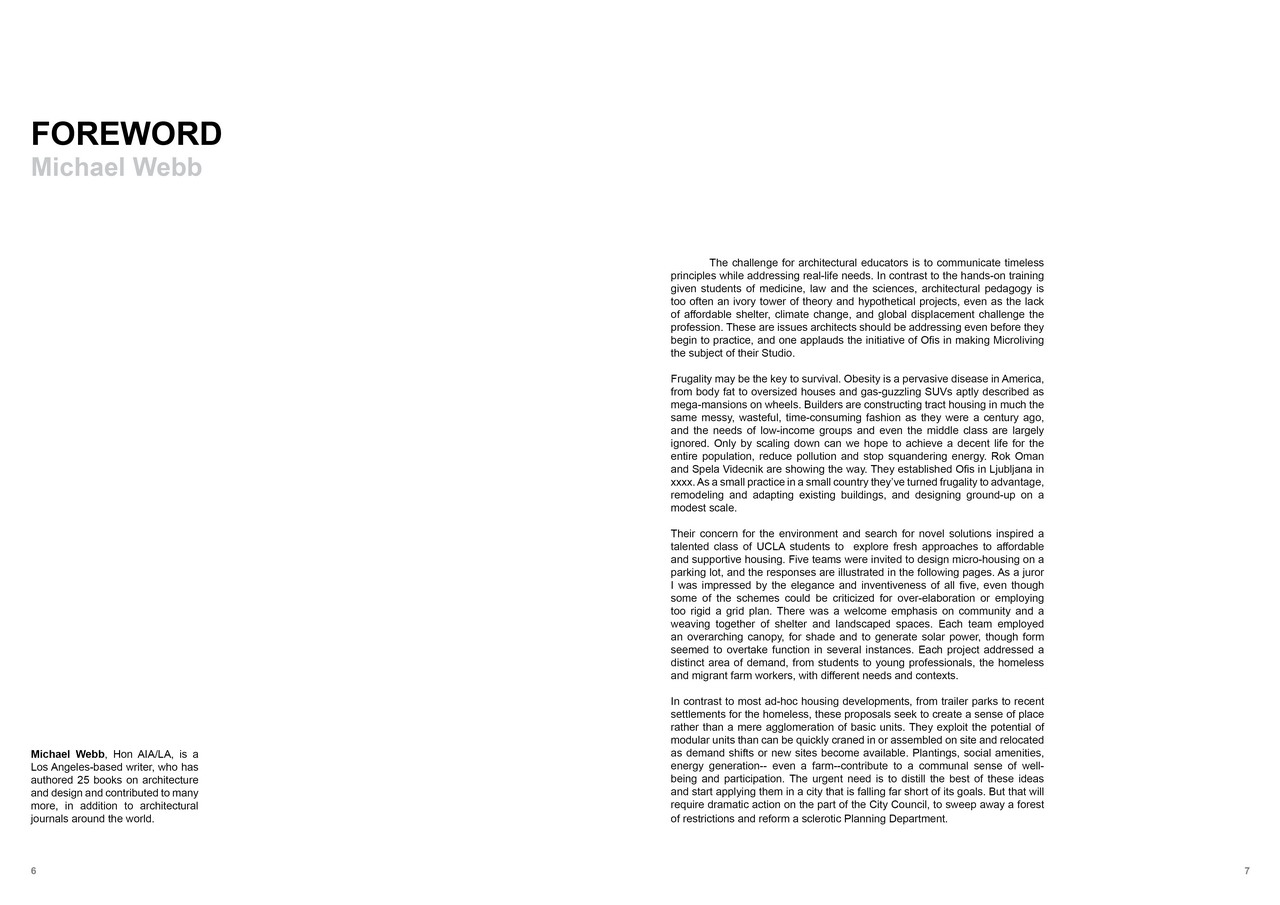 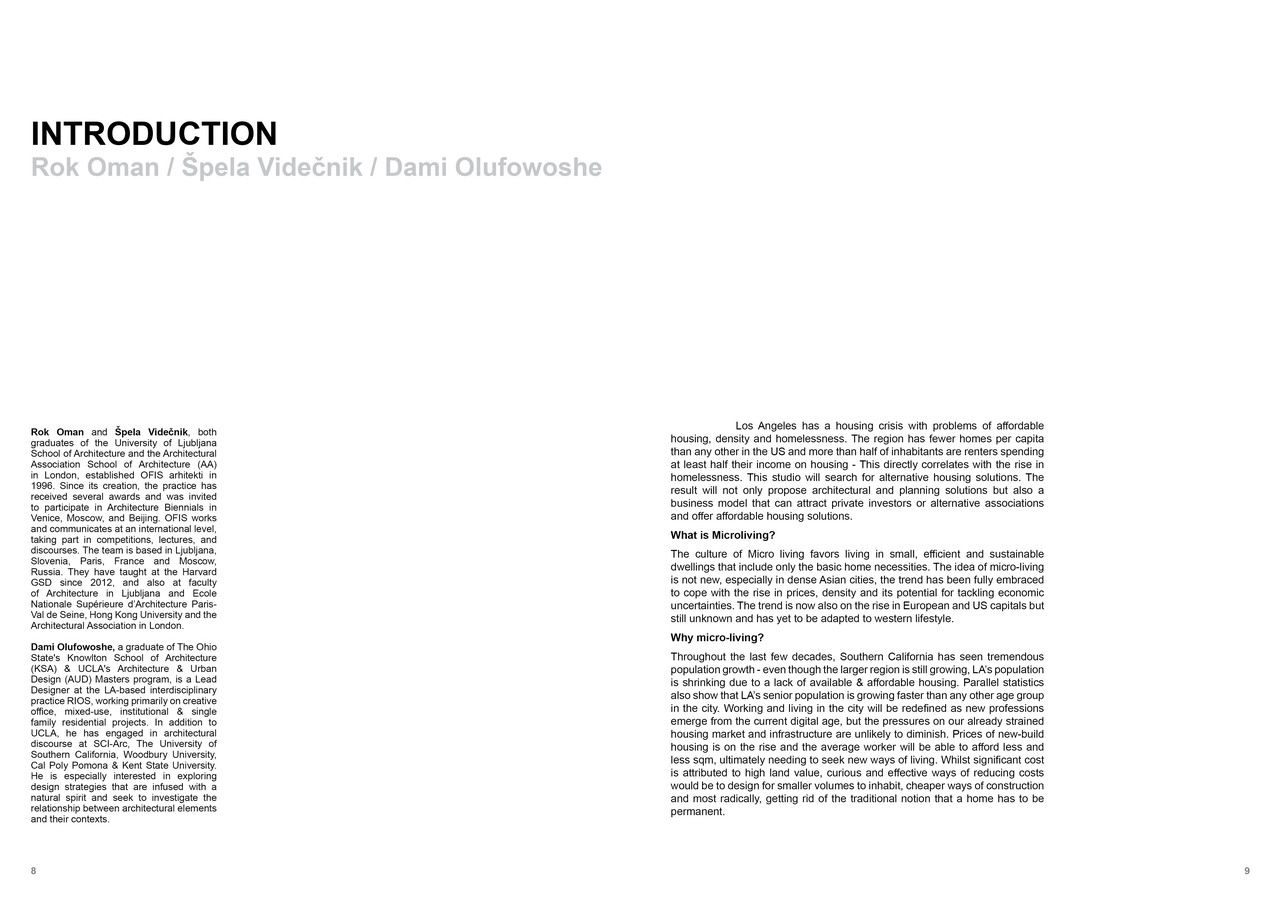 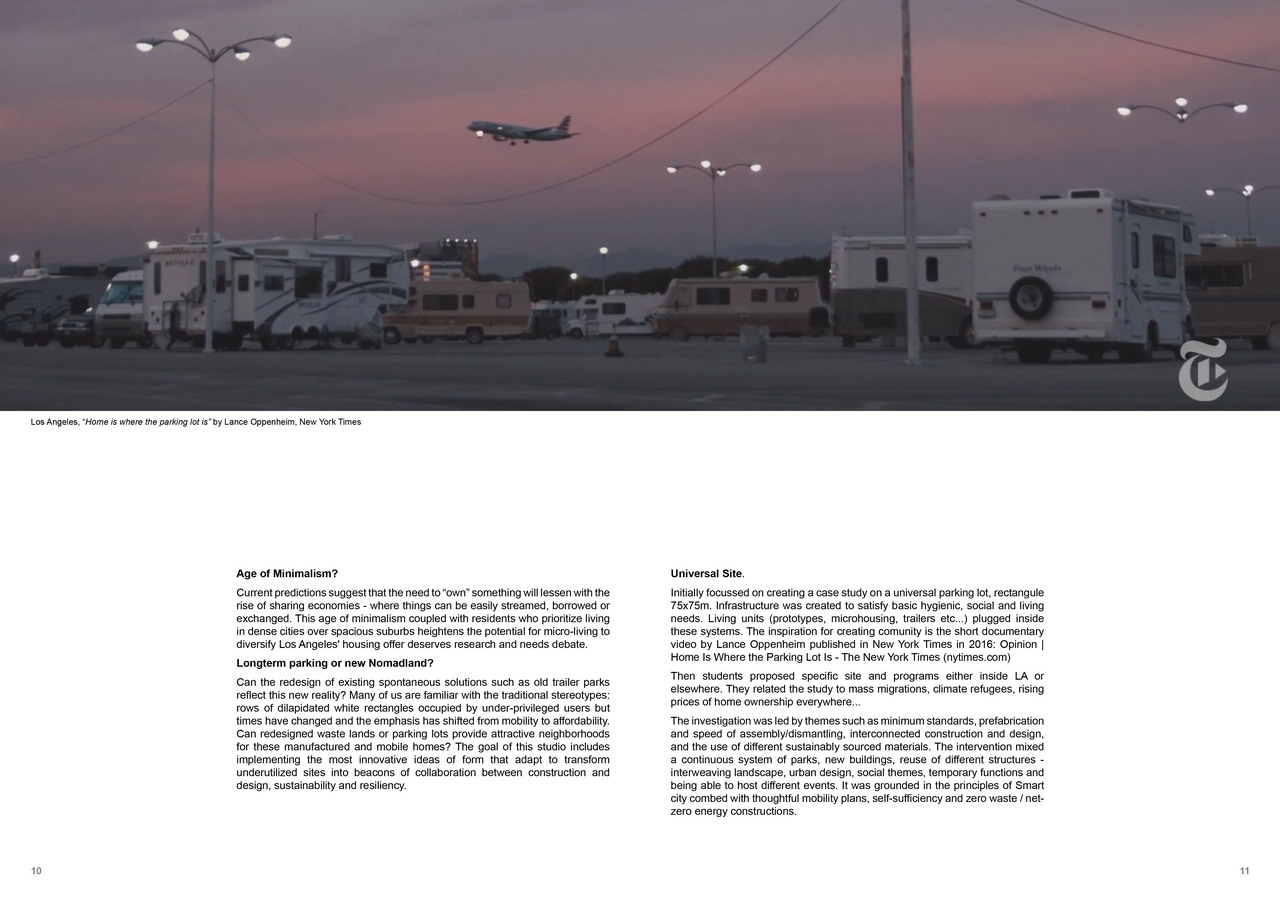 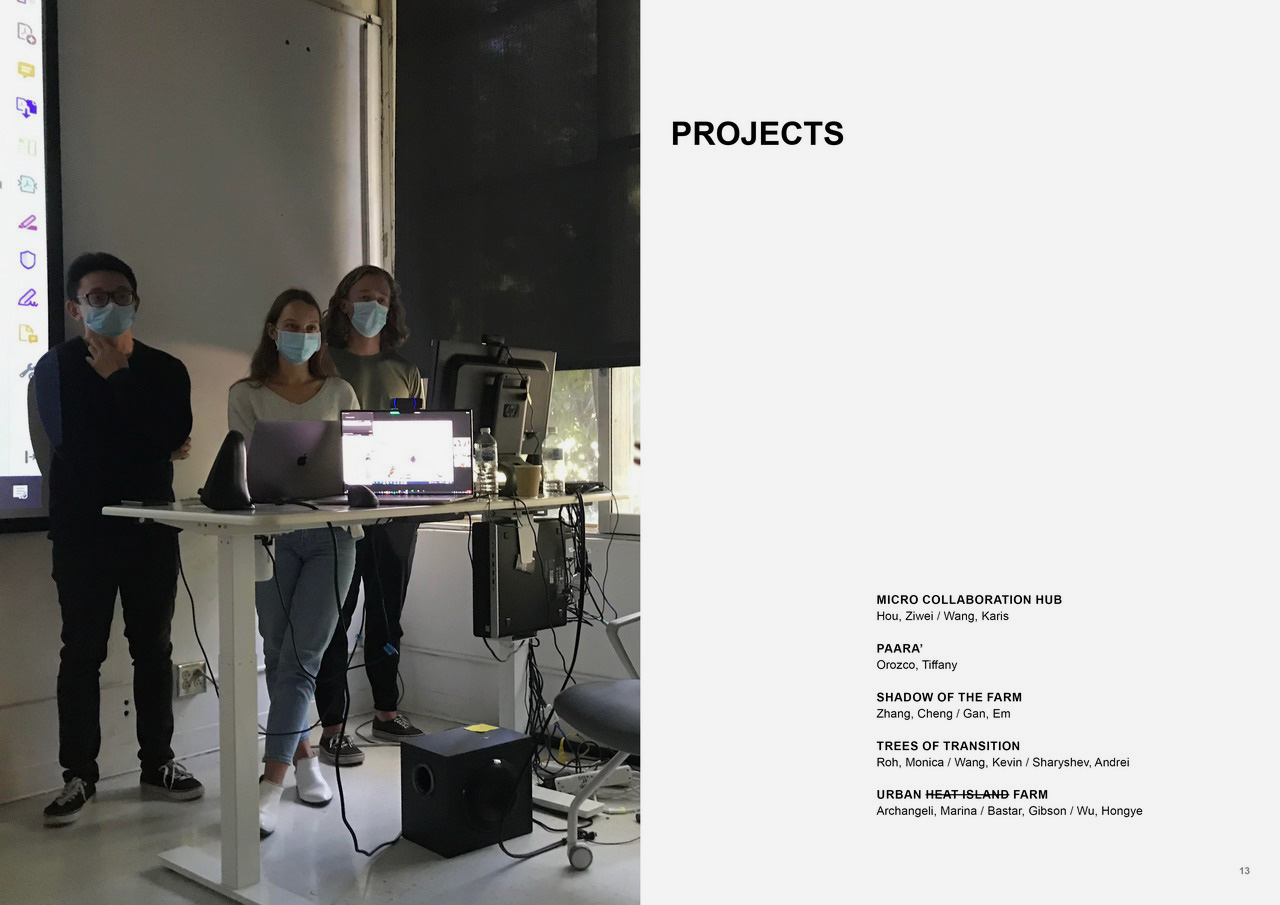 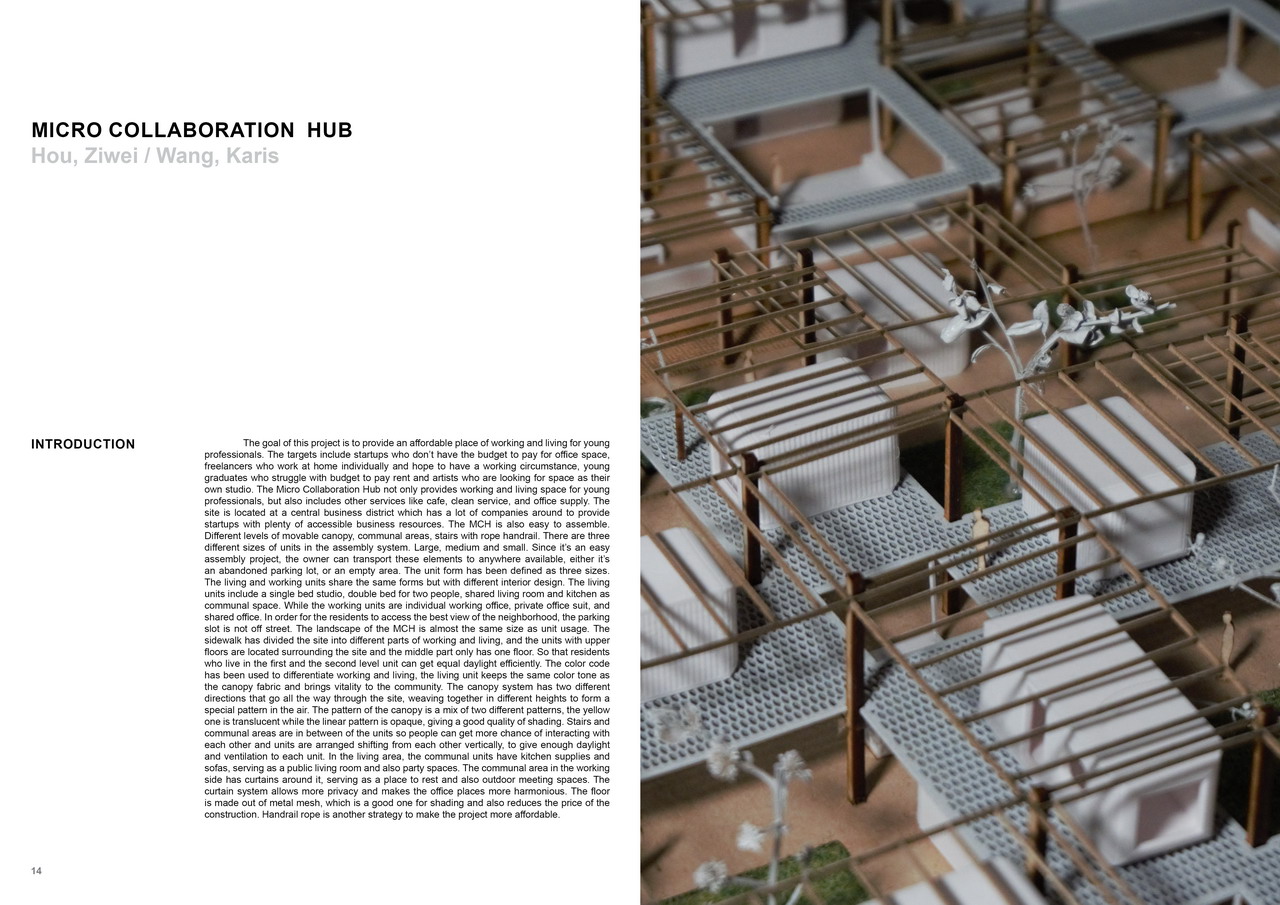 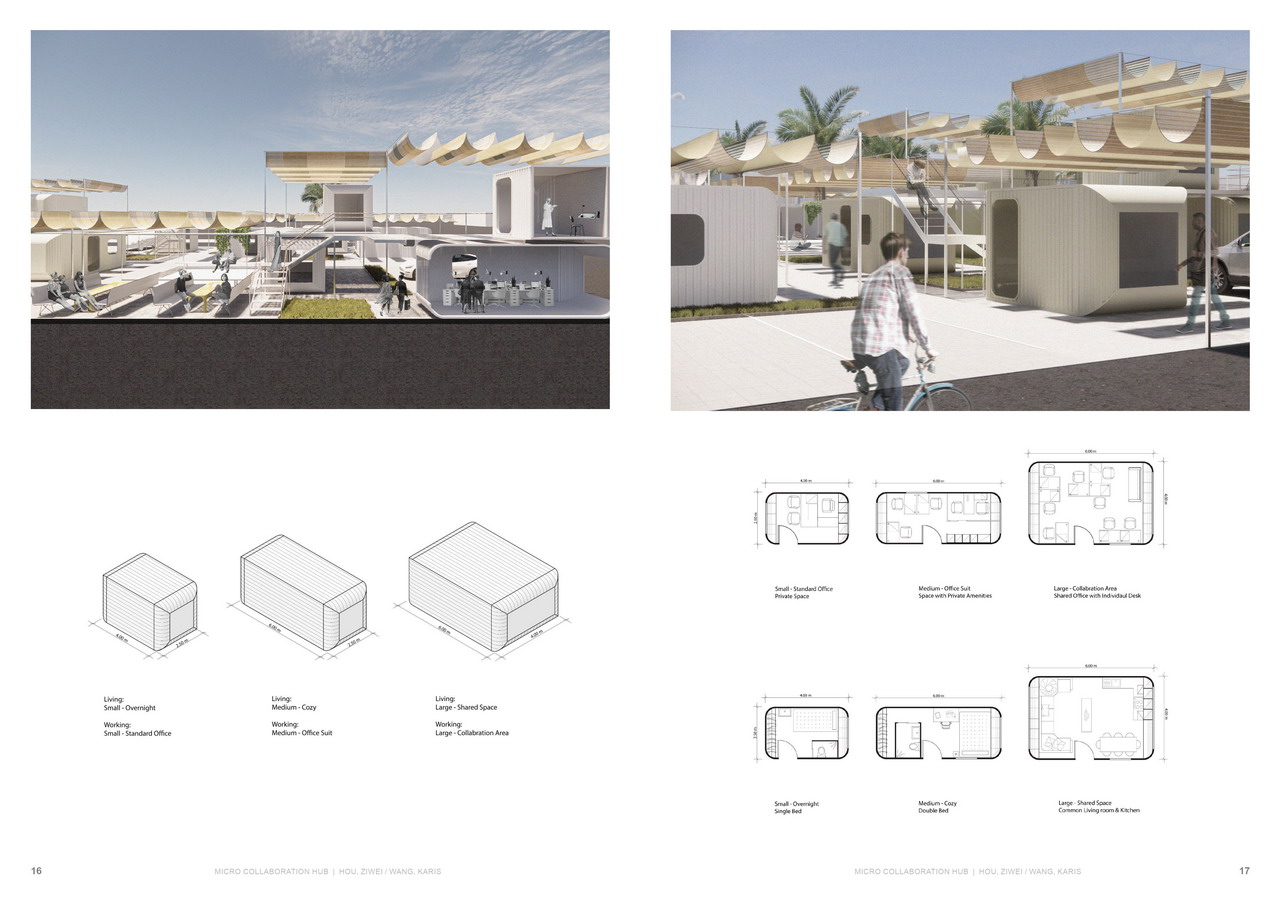 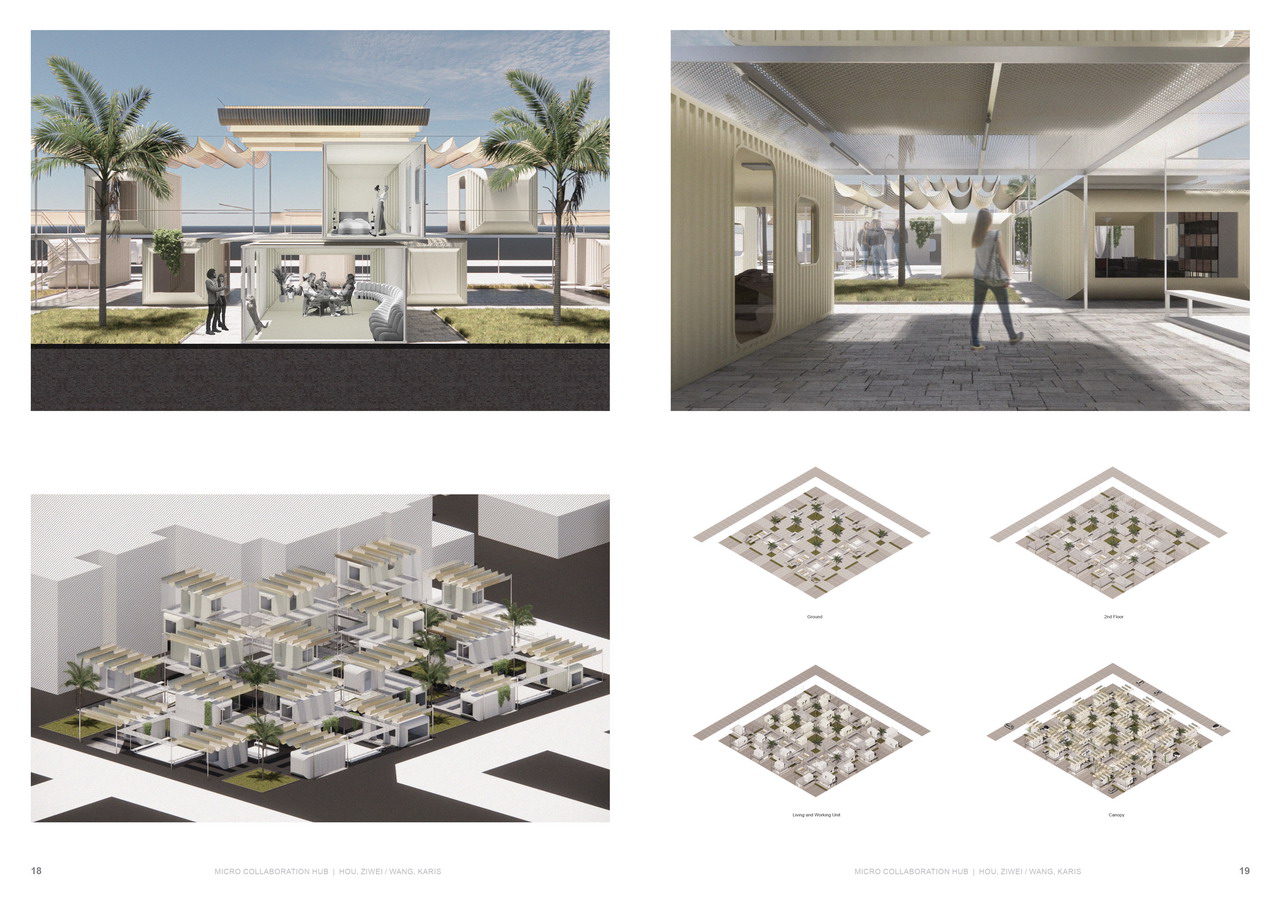 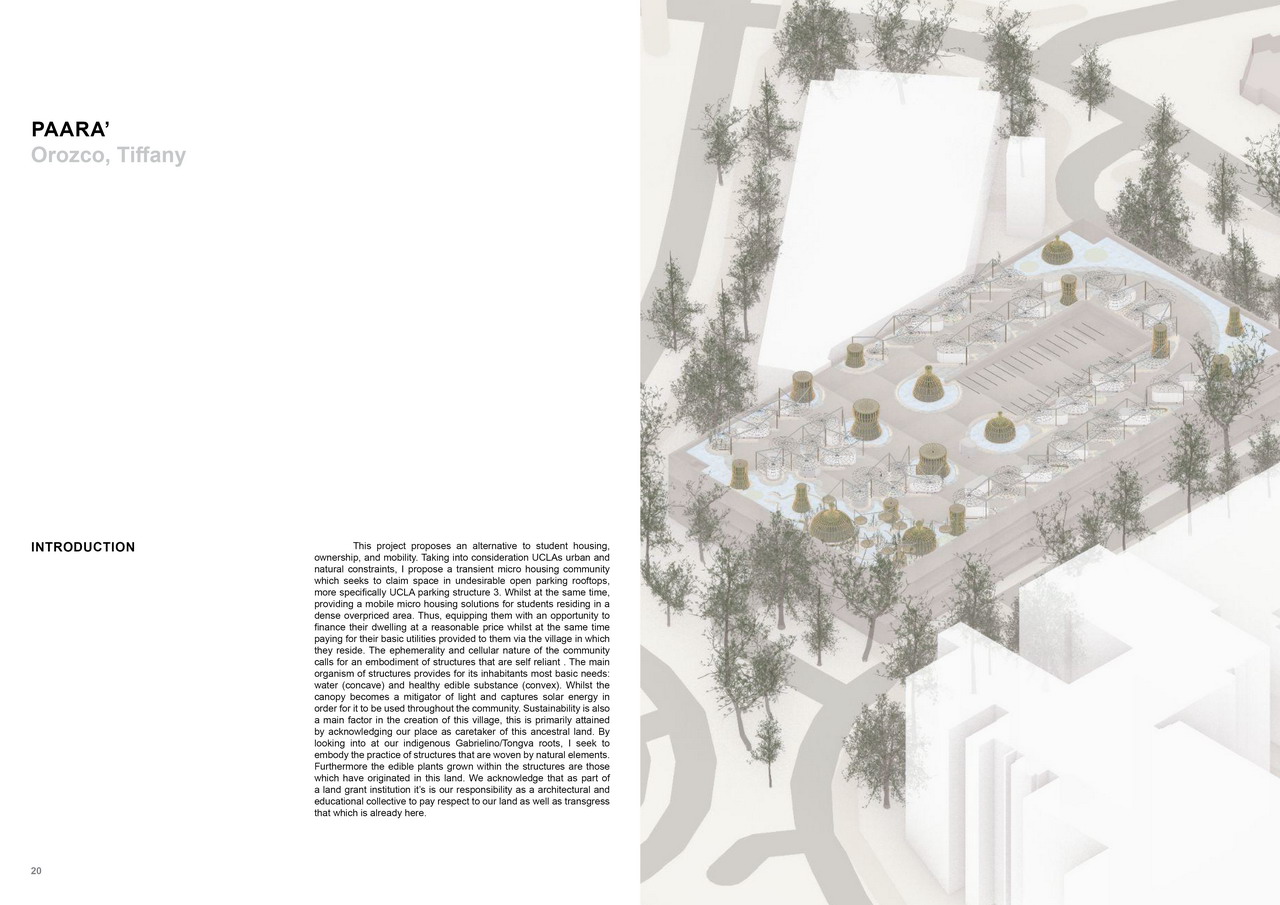 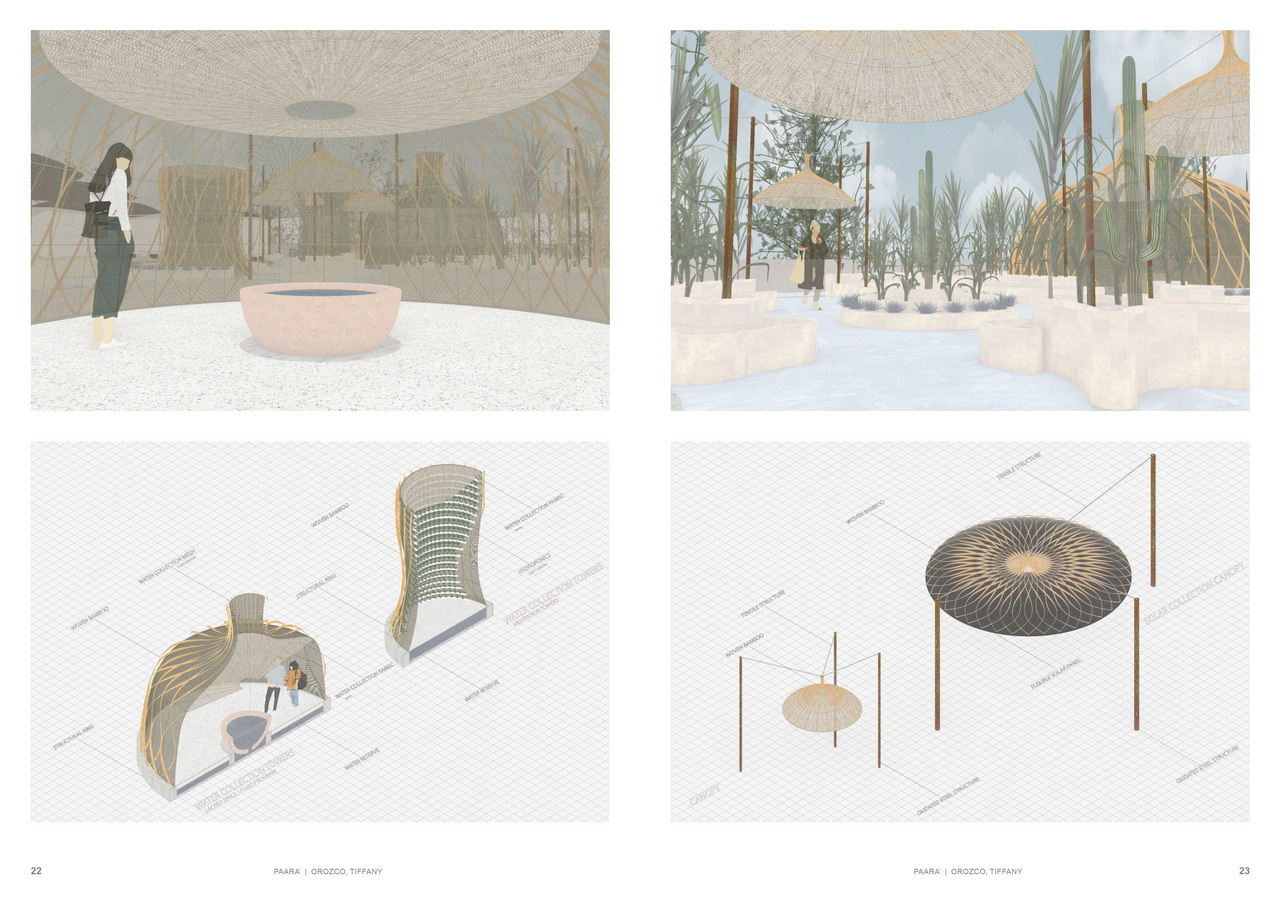 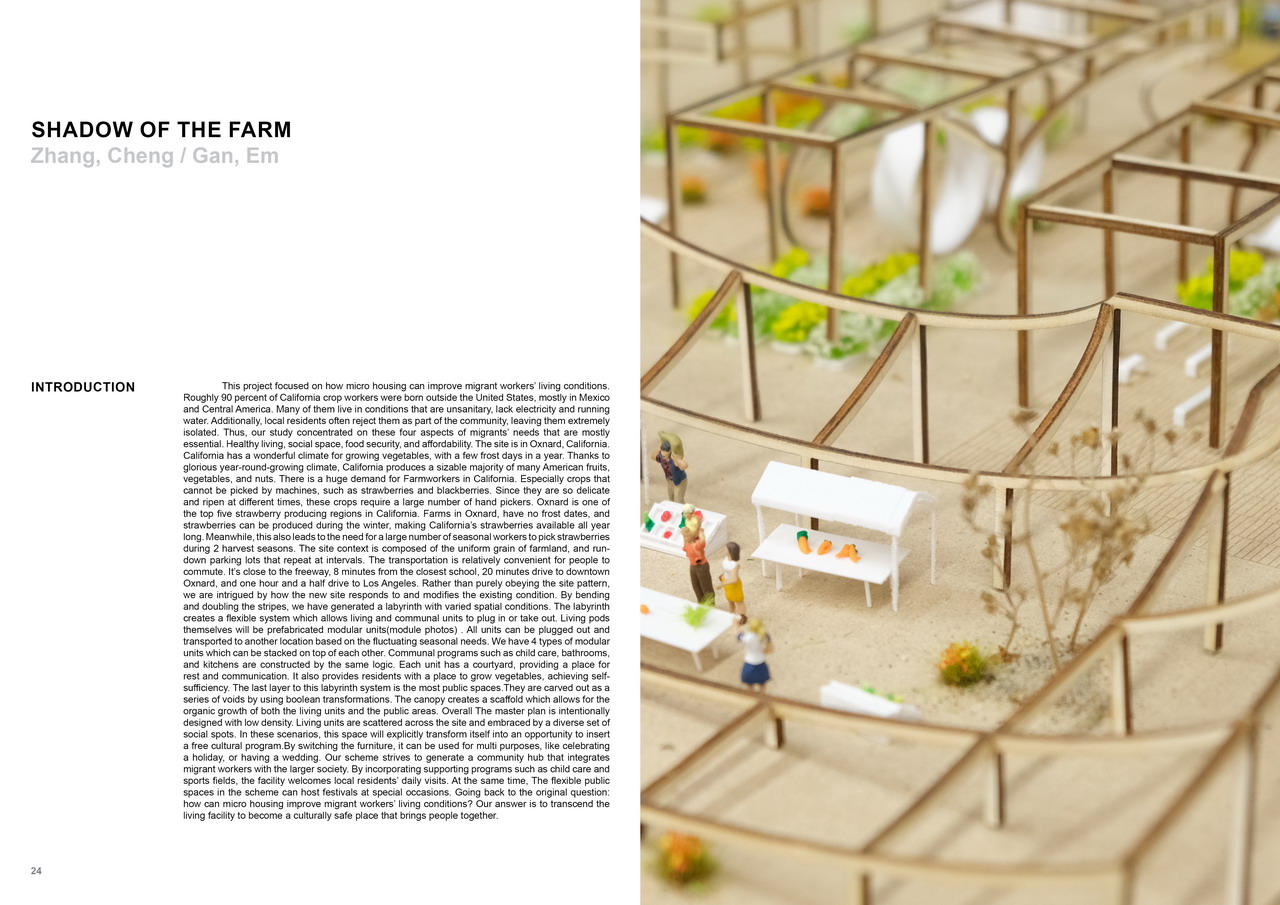 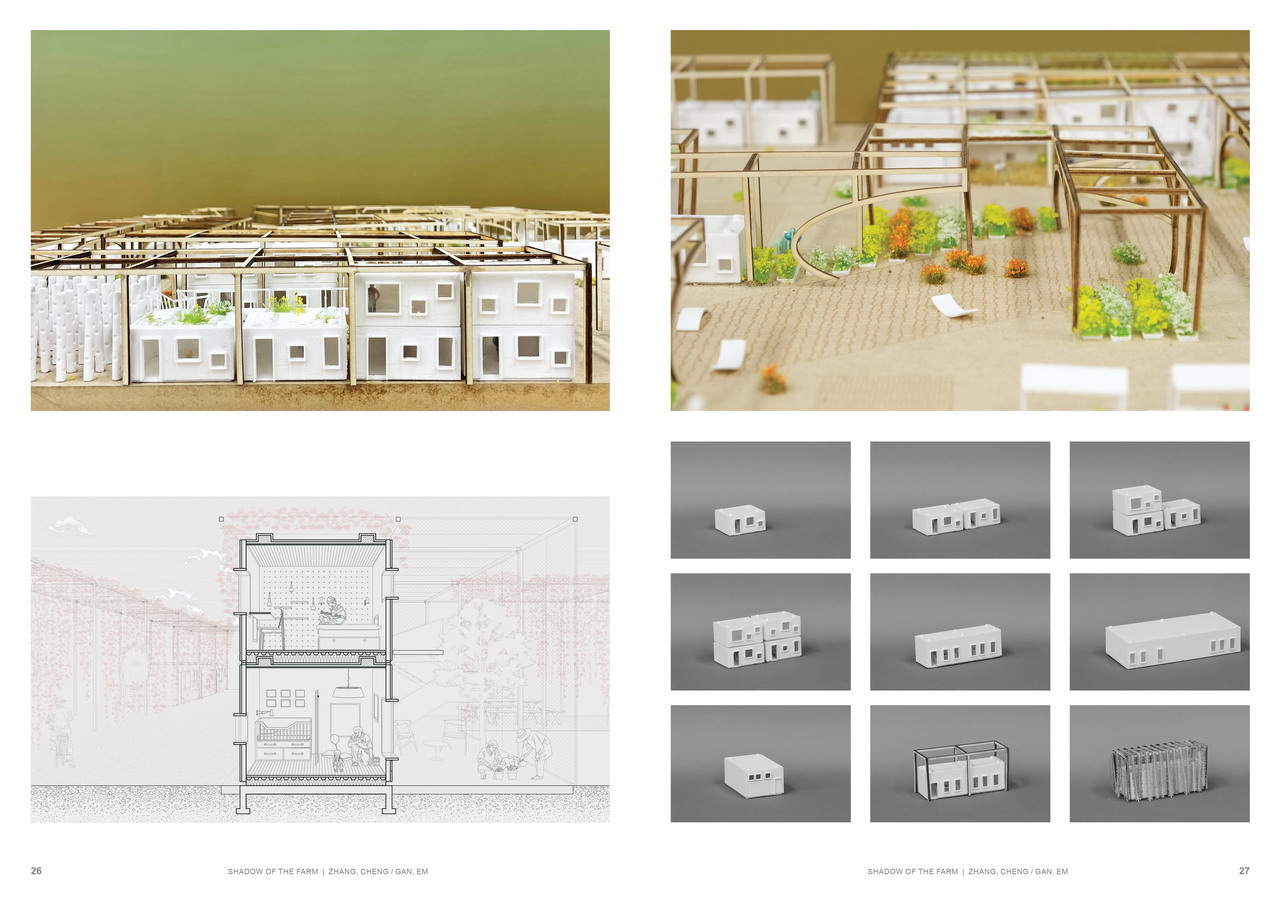 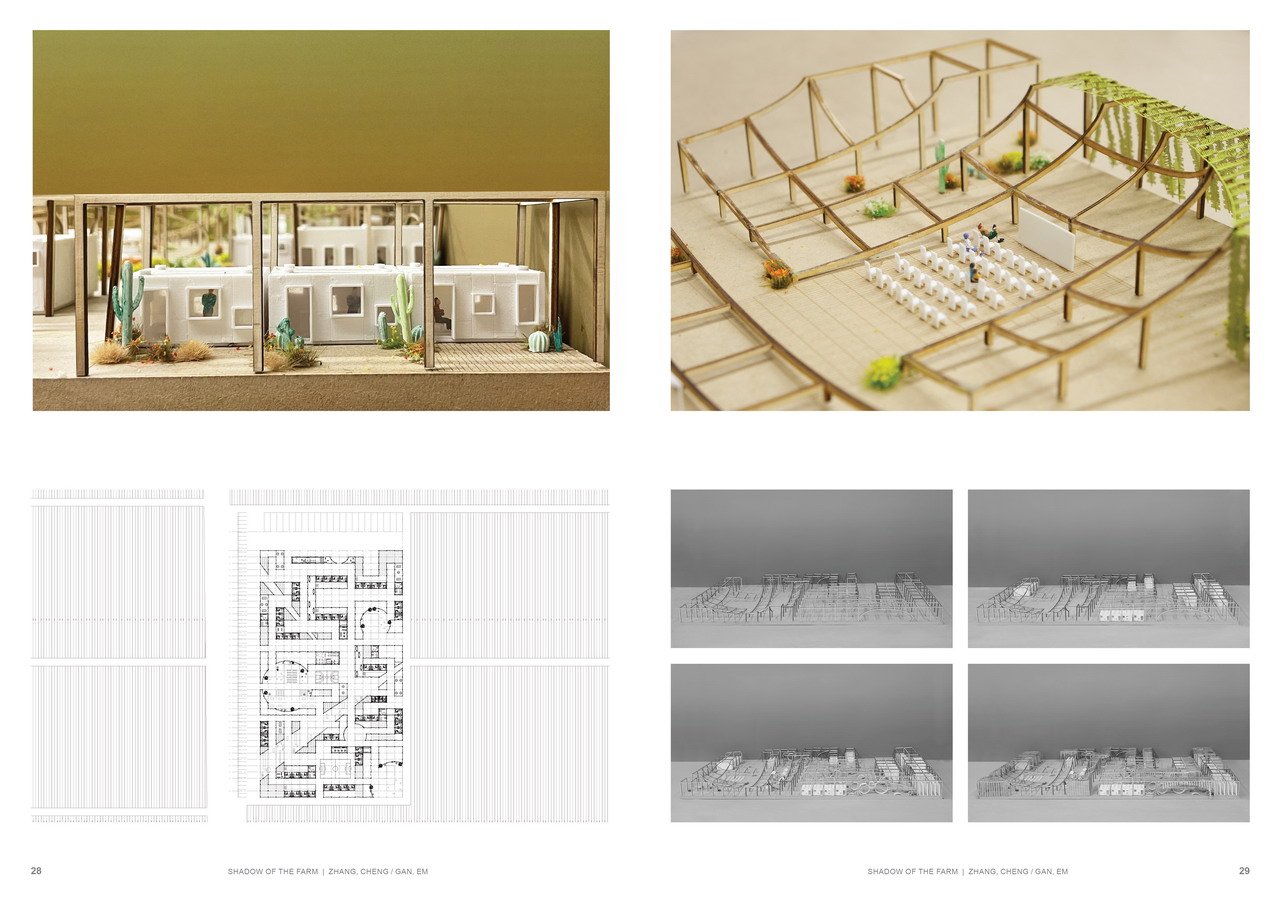 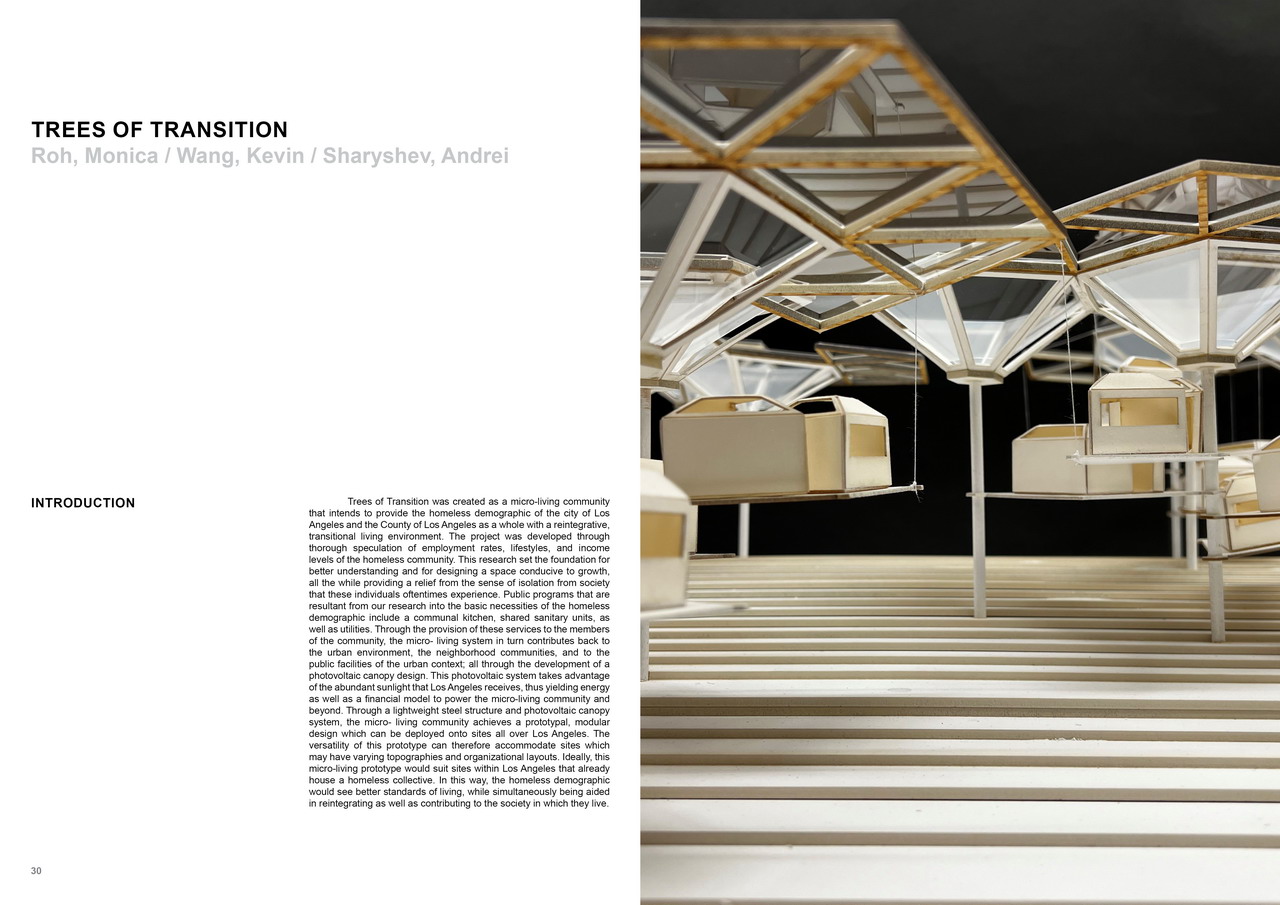 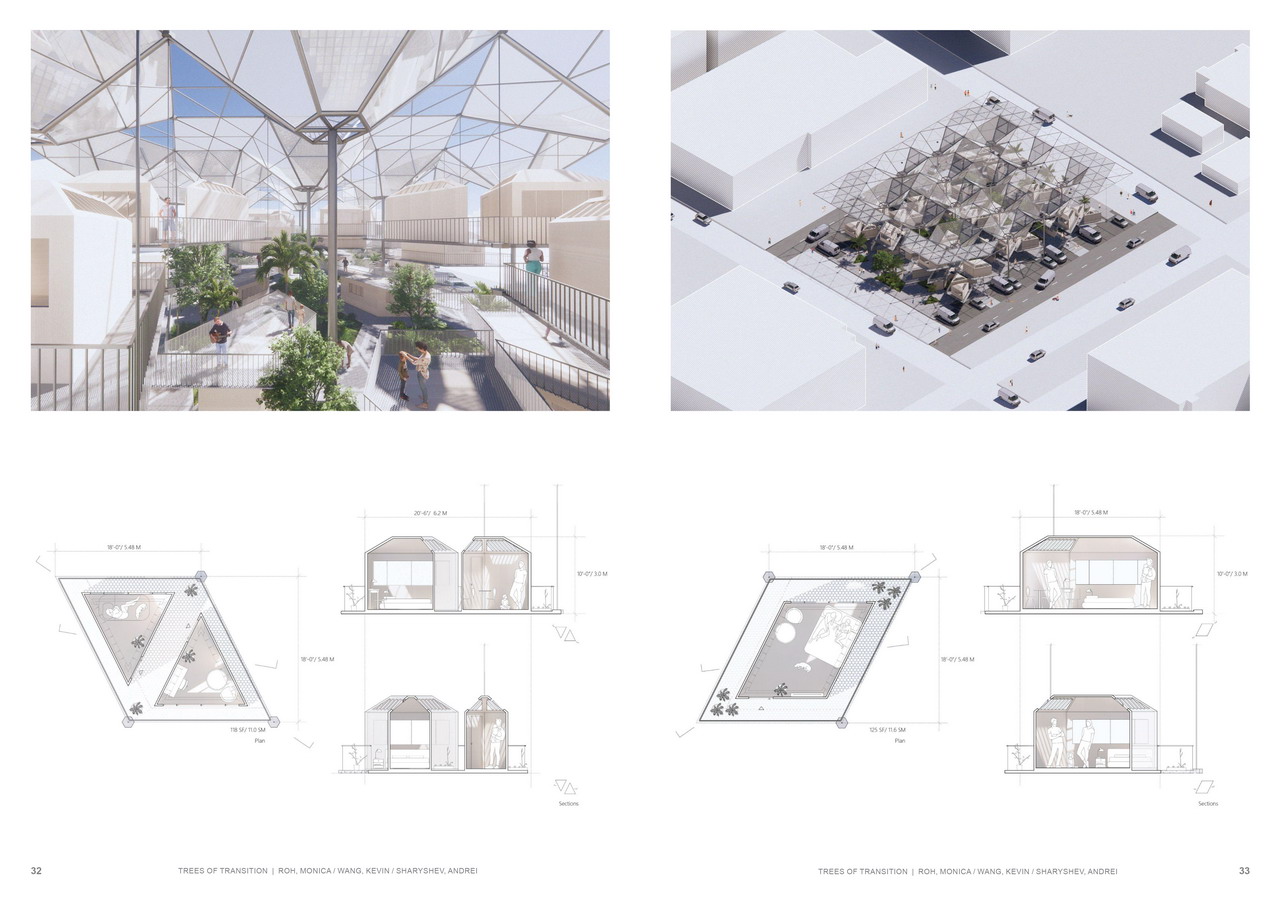 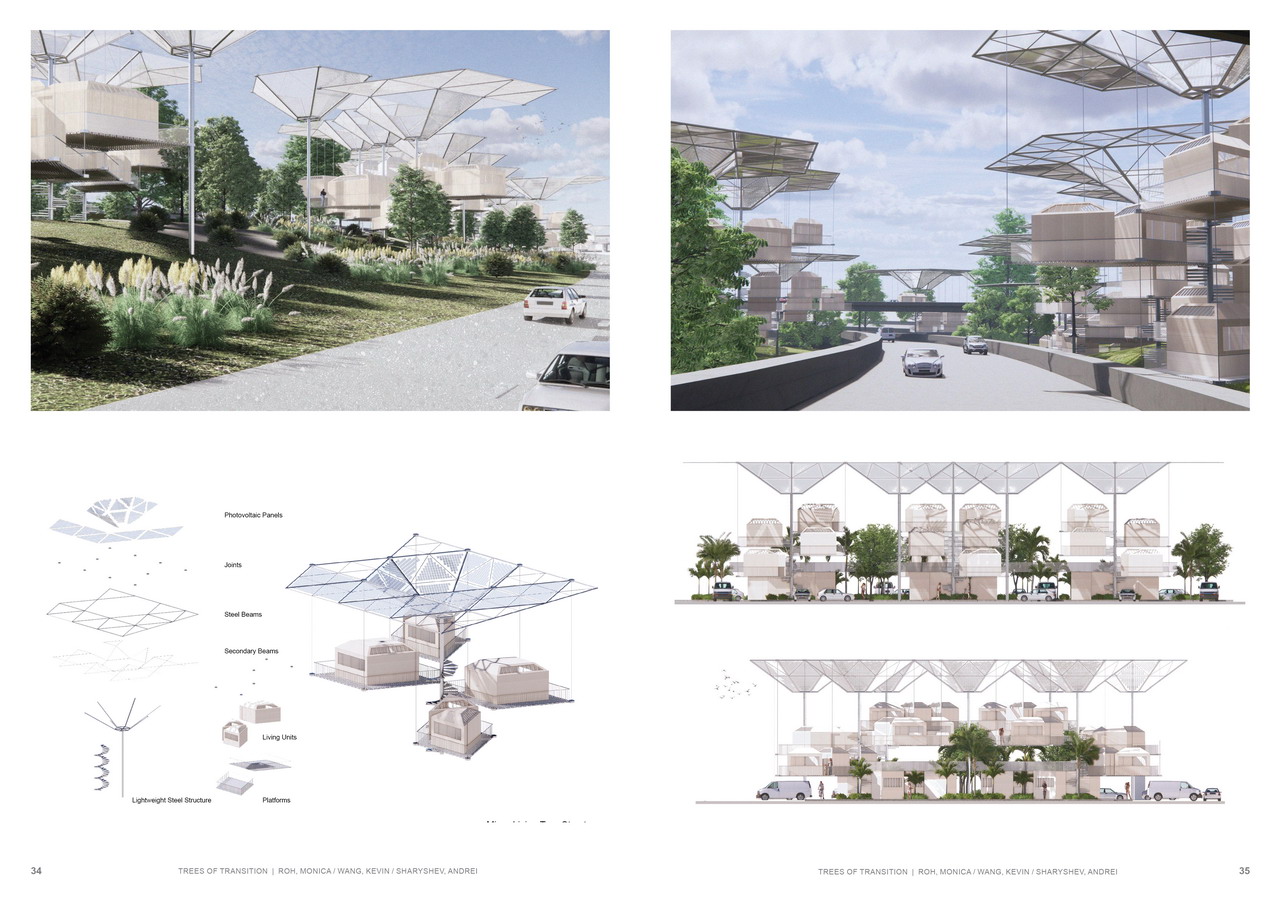 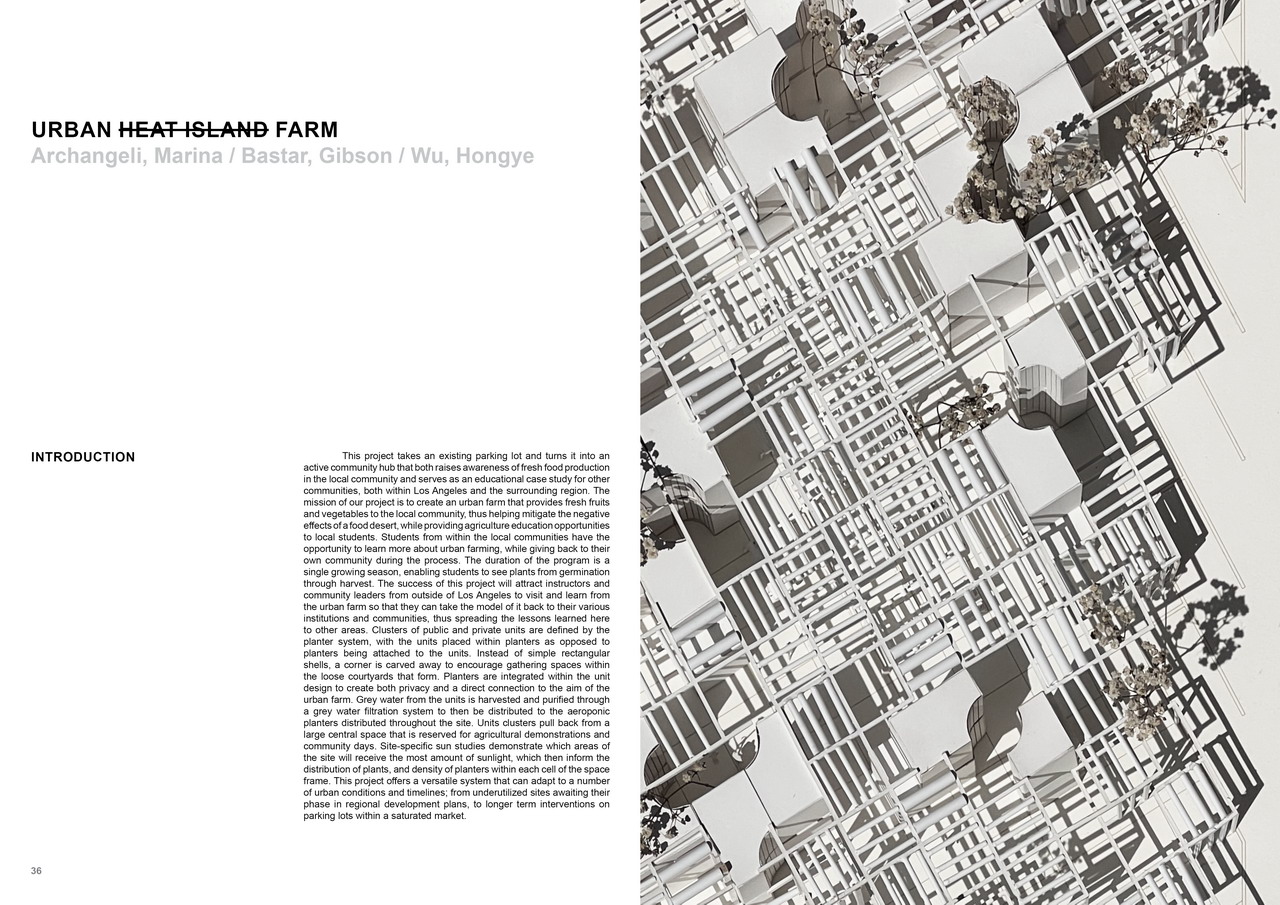 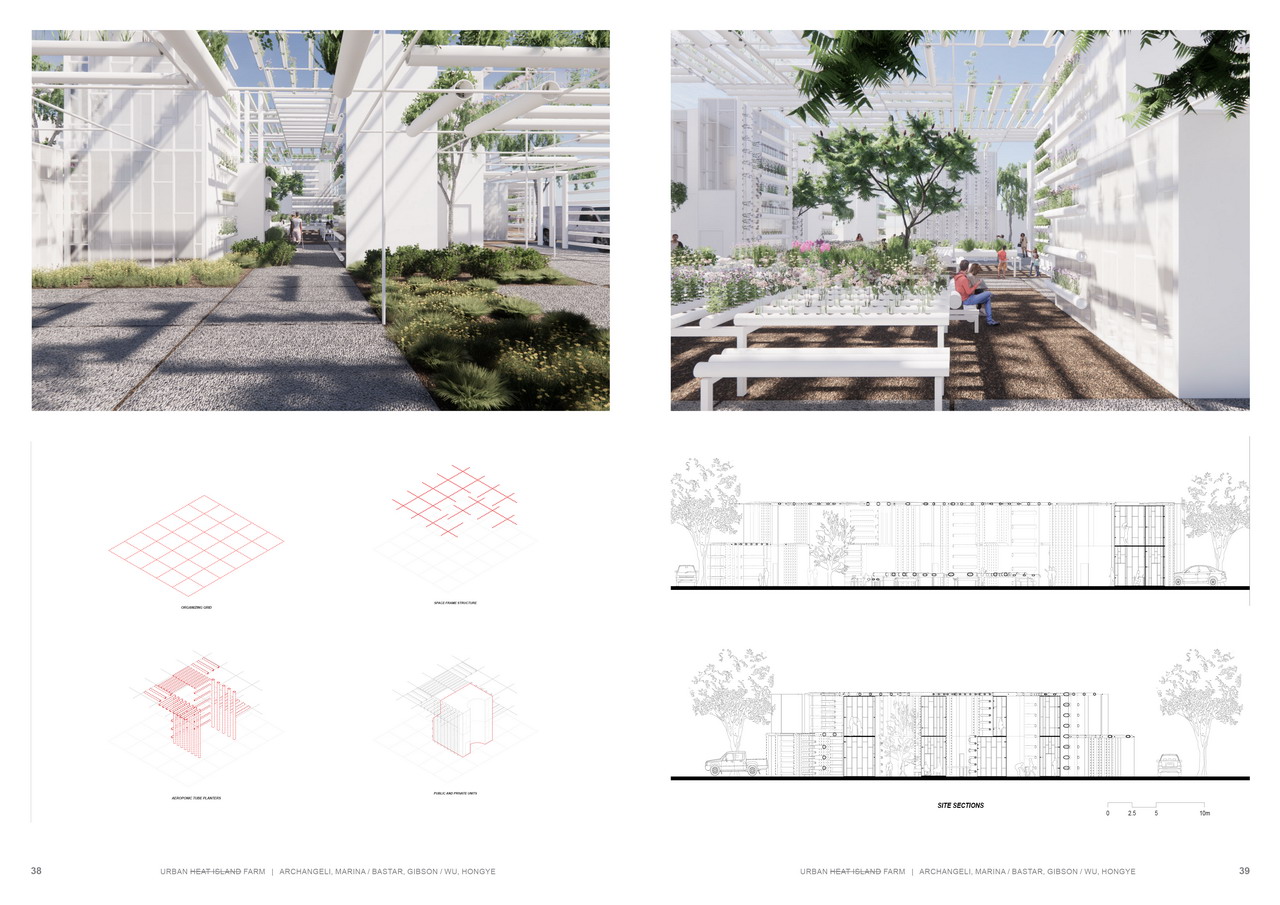 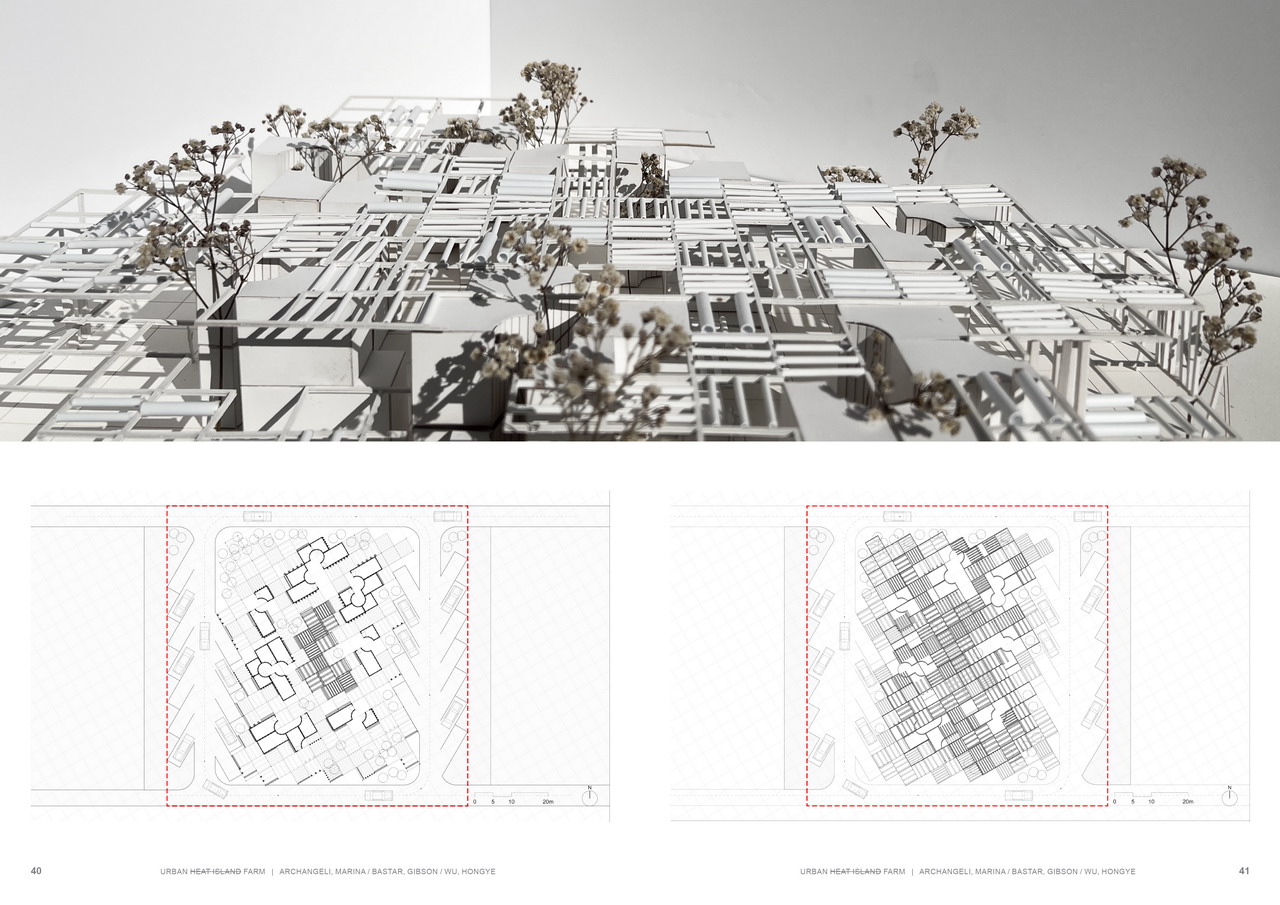 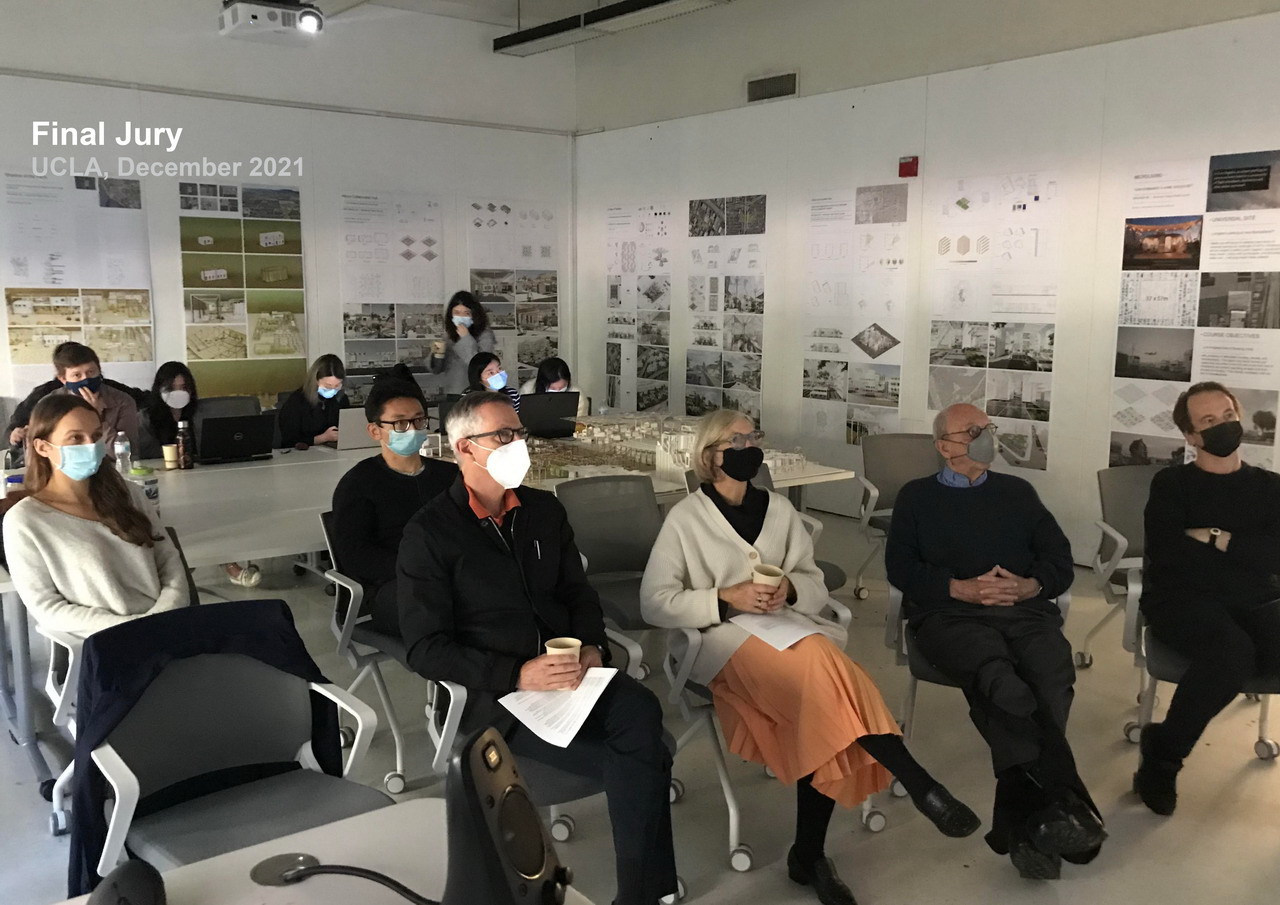 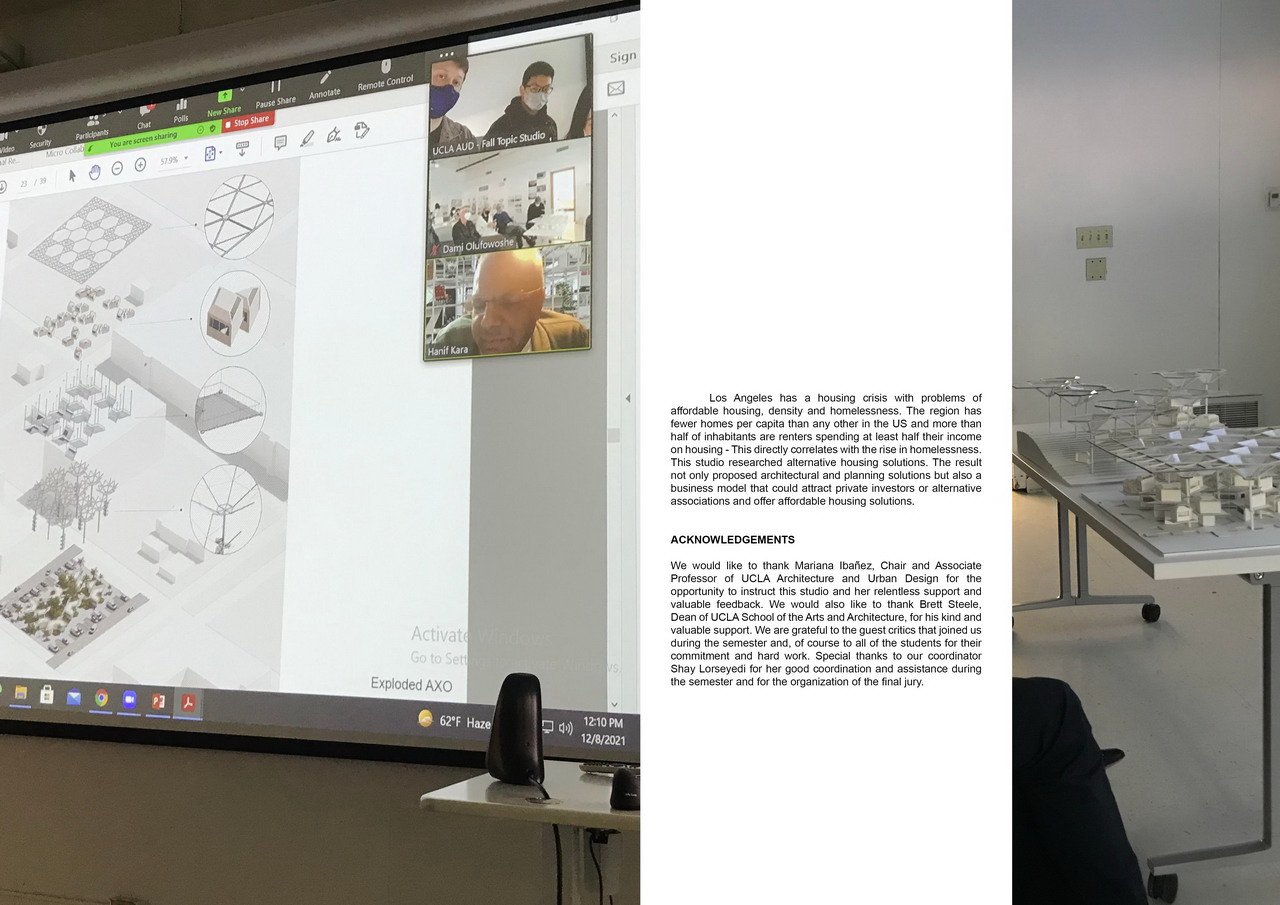 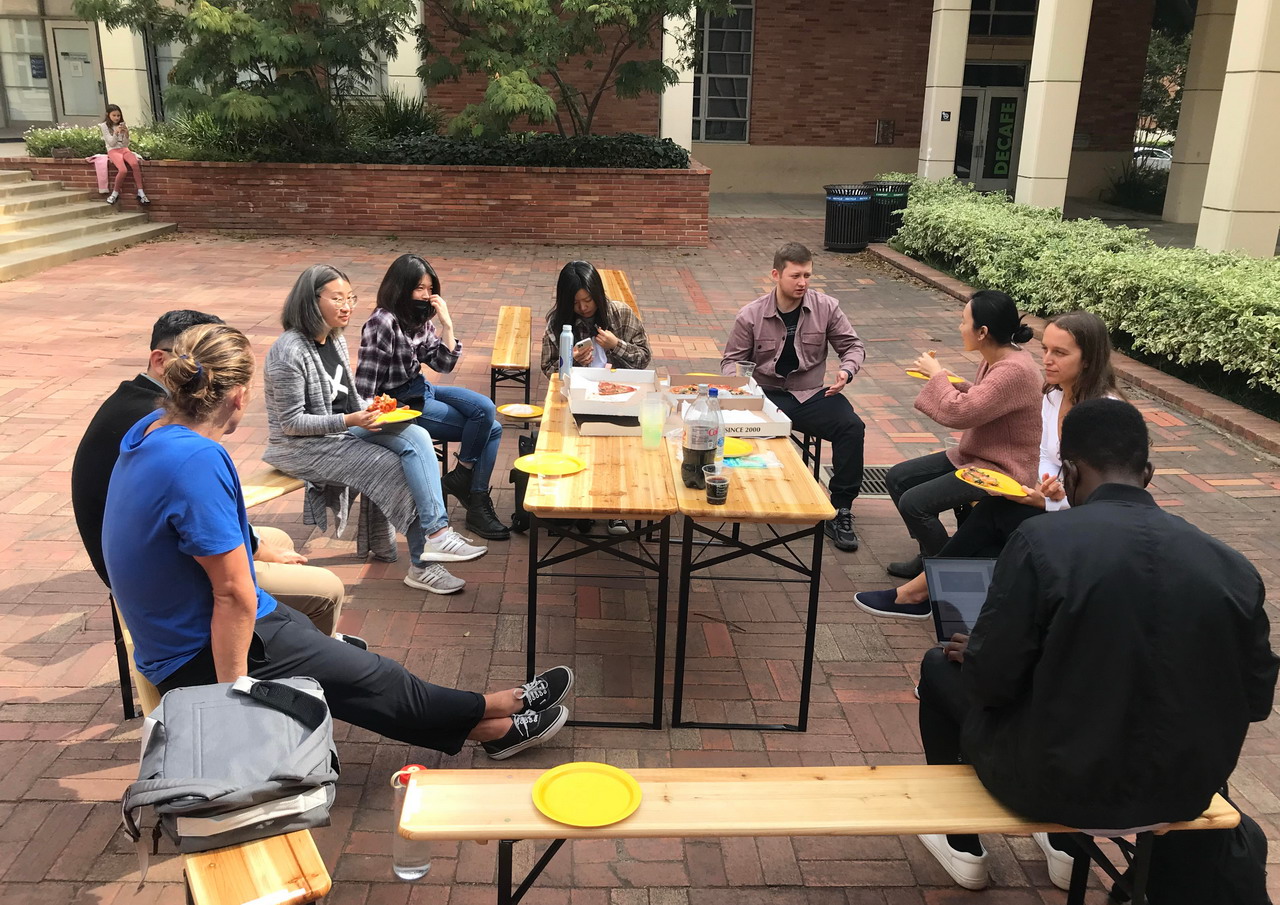 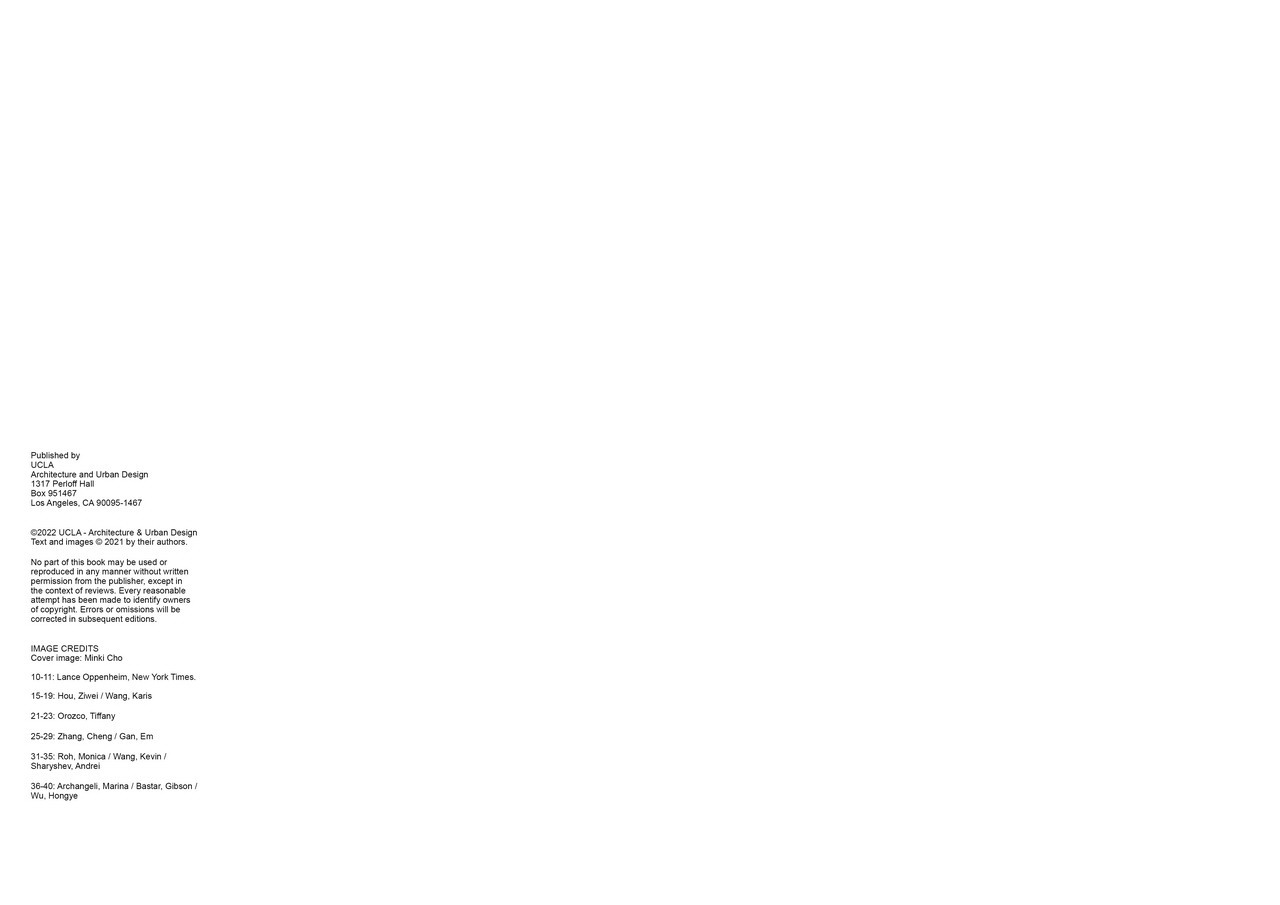