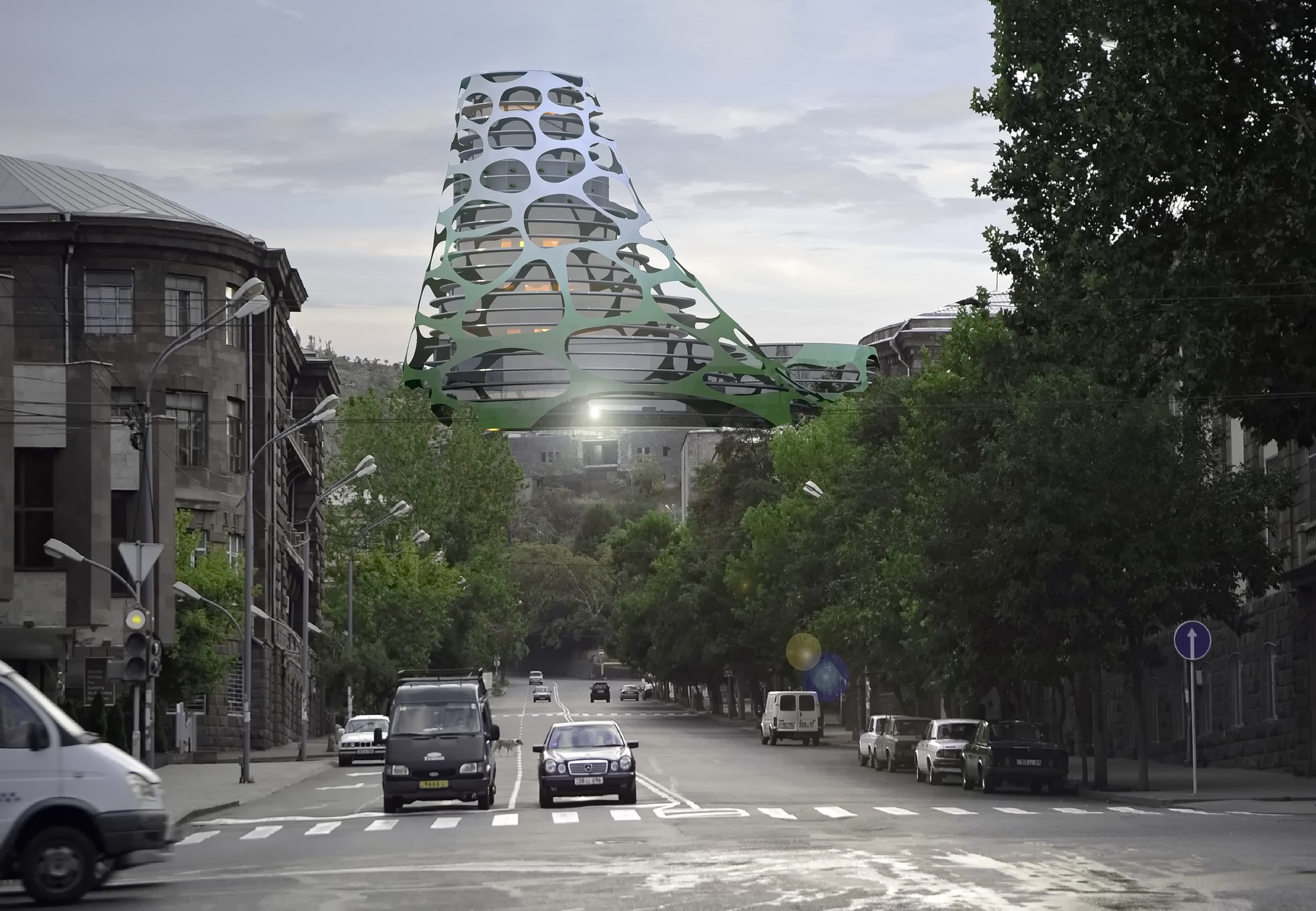 The competition was held to create an international business centre containing a museum and hotel in Yerevan. The prominent location and dominating position of the competition area represents a chance for a unique arrangement with its own identity and could become a symbol or landmark of contemporary architecture in the city of Yerevan. The mixture of programs and relations inside the space calls for complex organization – both inside and outside. The shape of the building symbolically represents the biblical Mt. Ararat. It takes the idea of two terraced cylindrical towers connected at the ground floor. The higher tower is a hotel and business centre and the lower is occupied with apartments. The two towers are connected by the public area which includes, shopping, exhibition and restaurants combined with the hotel lobby and business entrance. Parking is located mainly in the garage under the ground floor, with part of the fast parking and taxi/bus drop off outside at the Plato. The structural facade skin covers the terraces of towers, creating openings and full-structural elements. The facade is a metal mesh which represents the landscape element rising from the Plateau. It contains two faces: In summer the mesh is covered by greenery that is planted at the fence of the terraces. In winter it is white and partially covered with snow. In the garden a cafe is located with a seating area. With lit windows glowing from behind to give a festive look. The round shape of the towers corresponds with the circular and round structures specific to Yerevan urban pattern. In the base of both towers there is commercial space, an exhibition area and entrances. The area under the void is a large water feature that mirrors the floors above. In tower A there are offices and a hotel, the top floor is a restaurant and spa. In tower B there are apartments. The volumes of the two towers are positioned and designed in a way that creates a dominant and remarkable view from the city. The higher tower occupied mainly by the hotel appears dominant from Teryan street. With Mt Ararat behind the new complex it creates the dialog of an object and a shadow. All spaces have spectacular views towards the city and surrounding area. 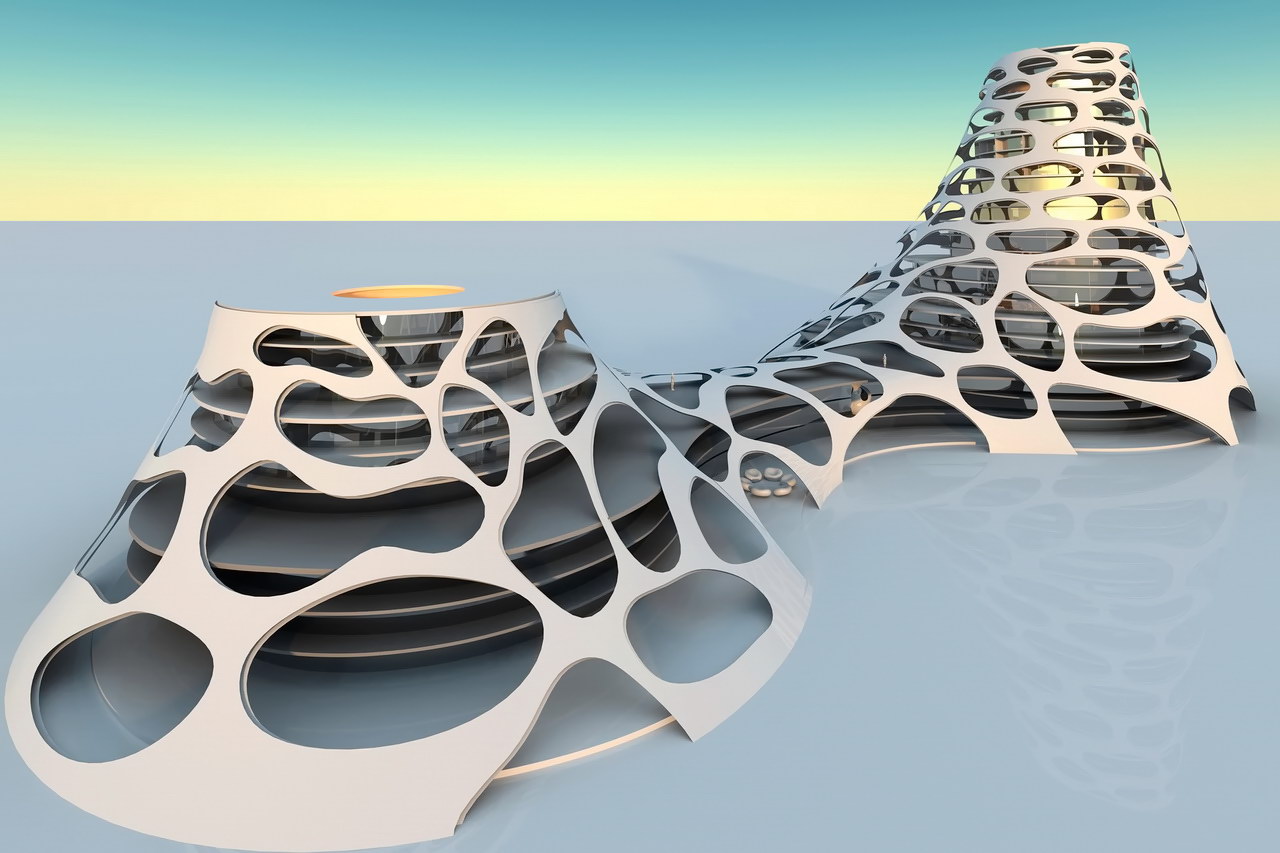 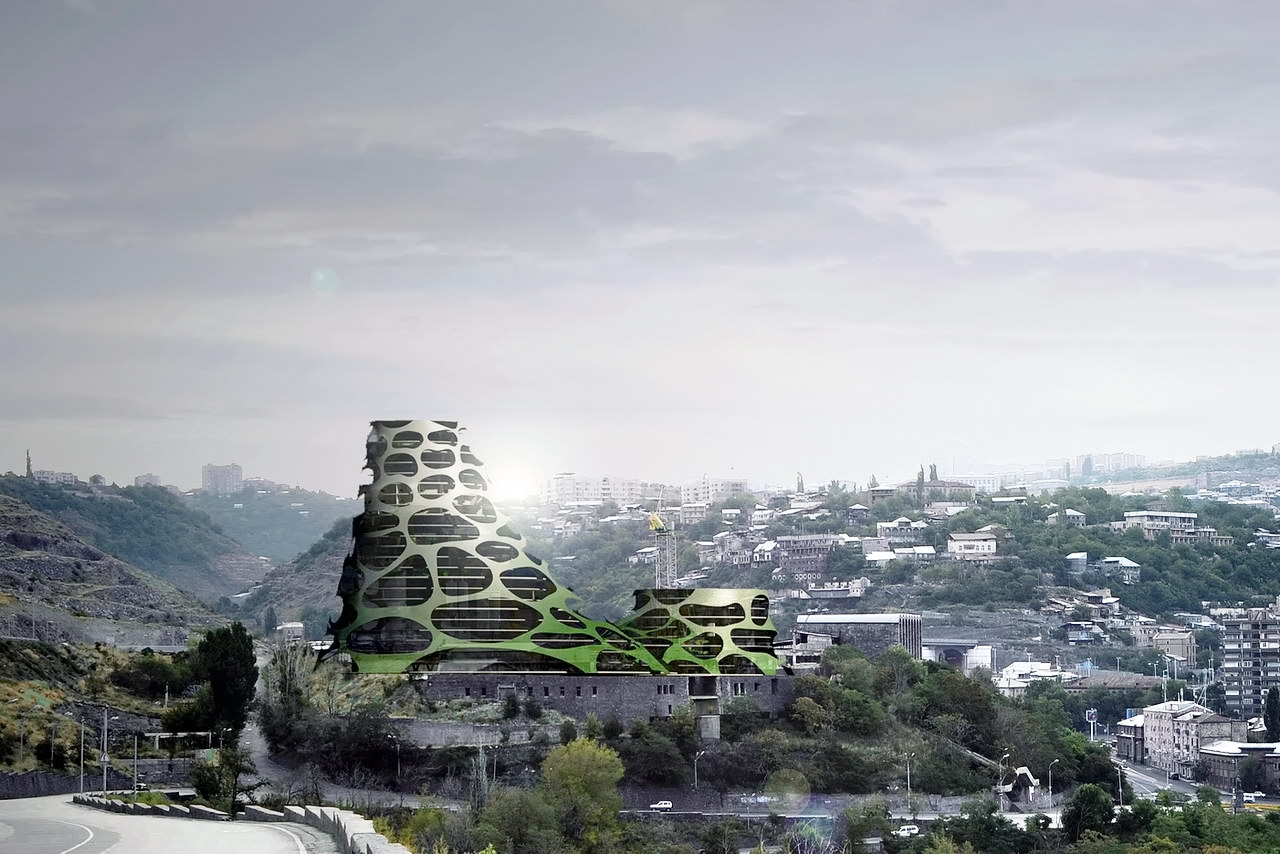 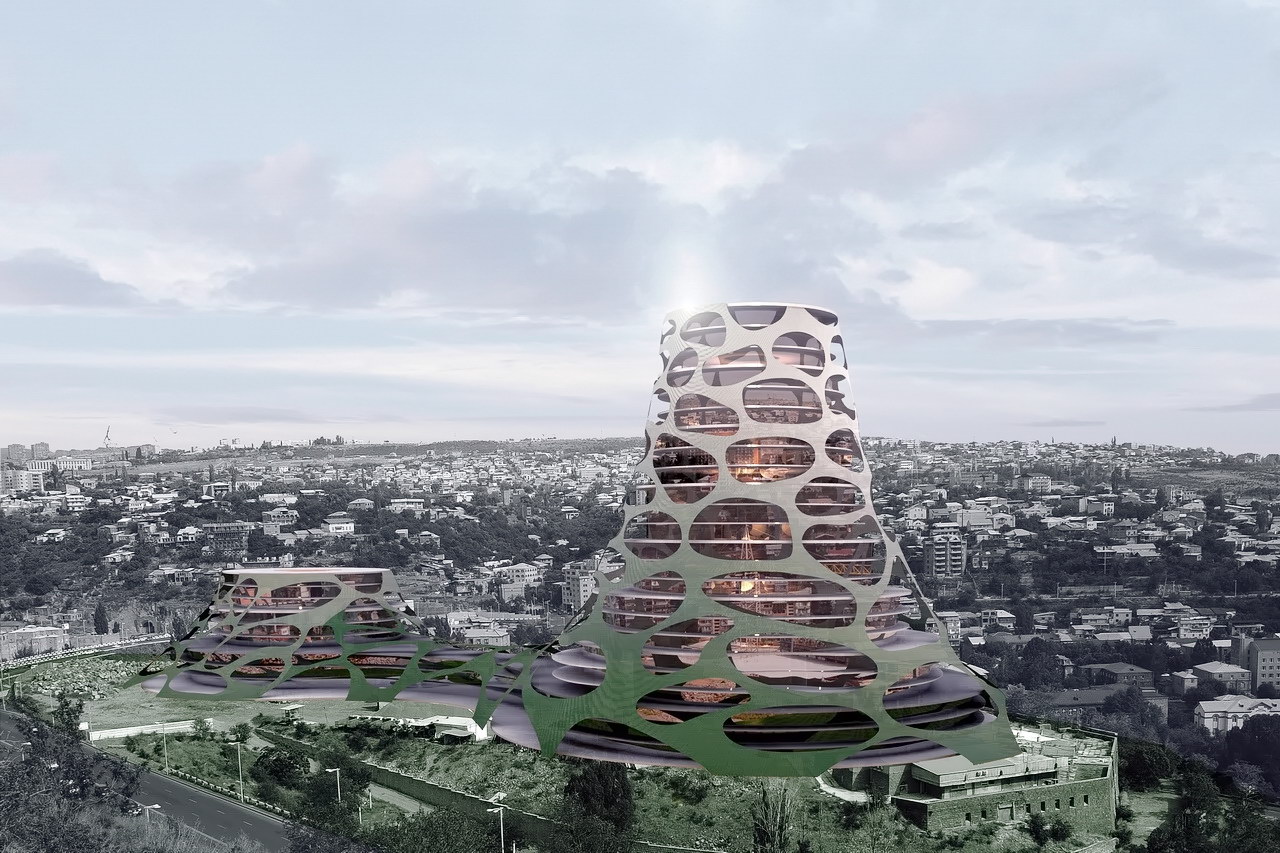 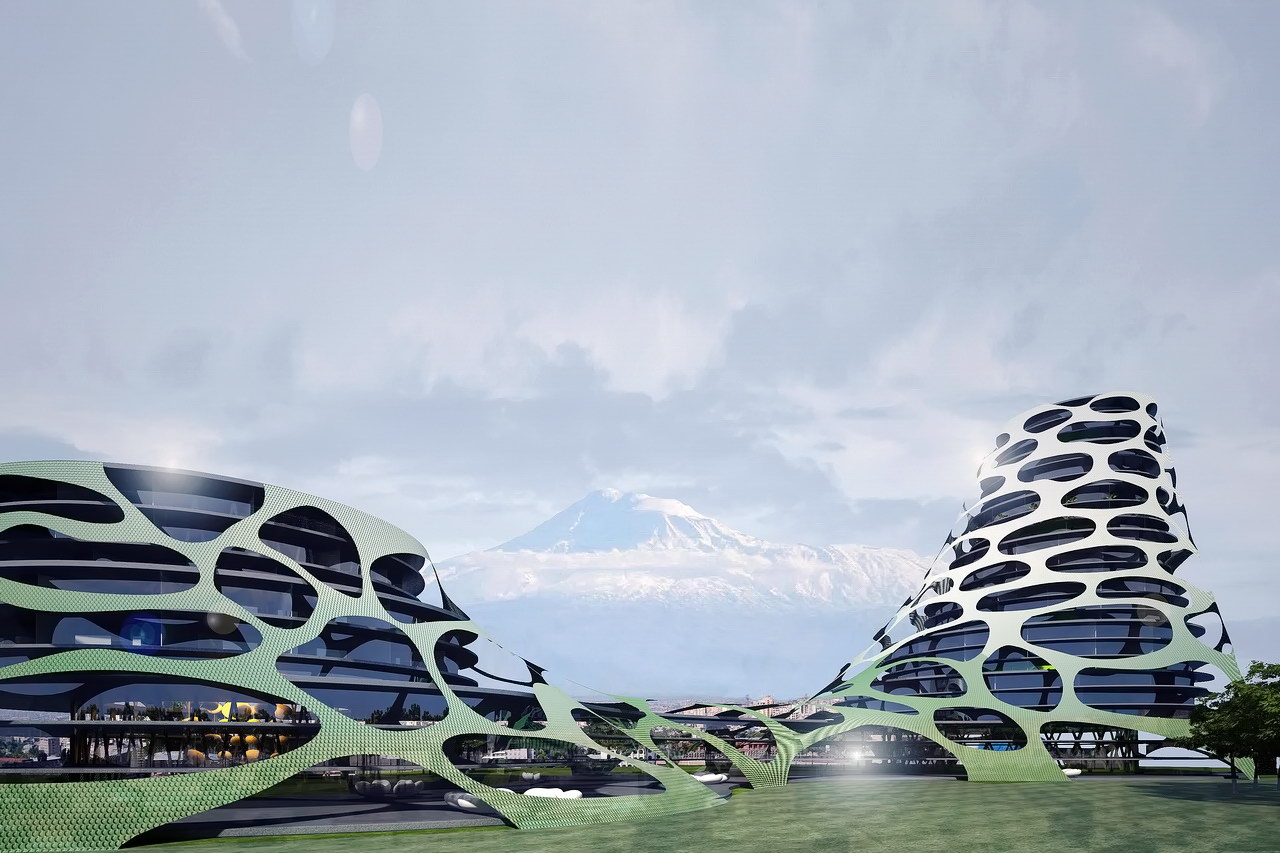 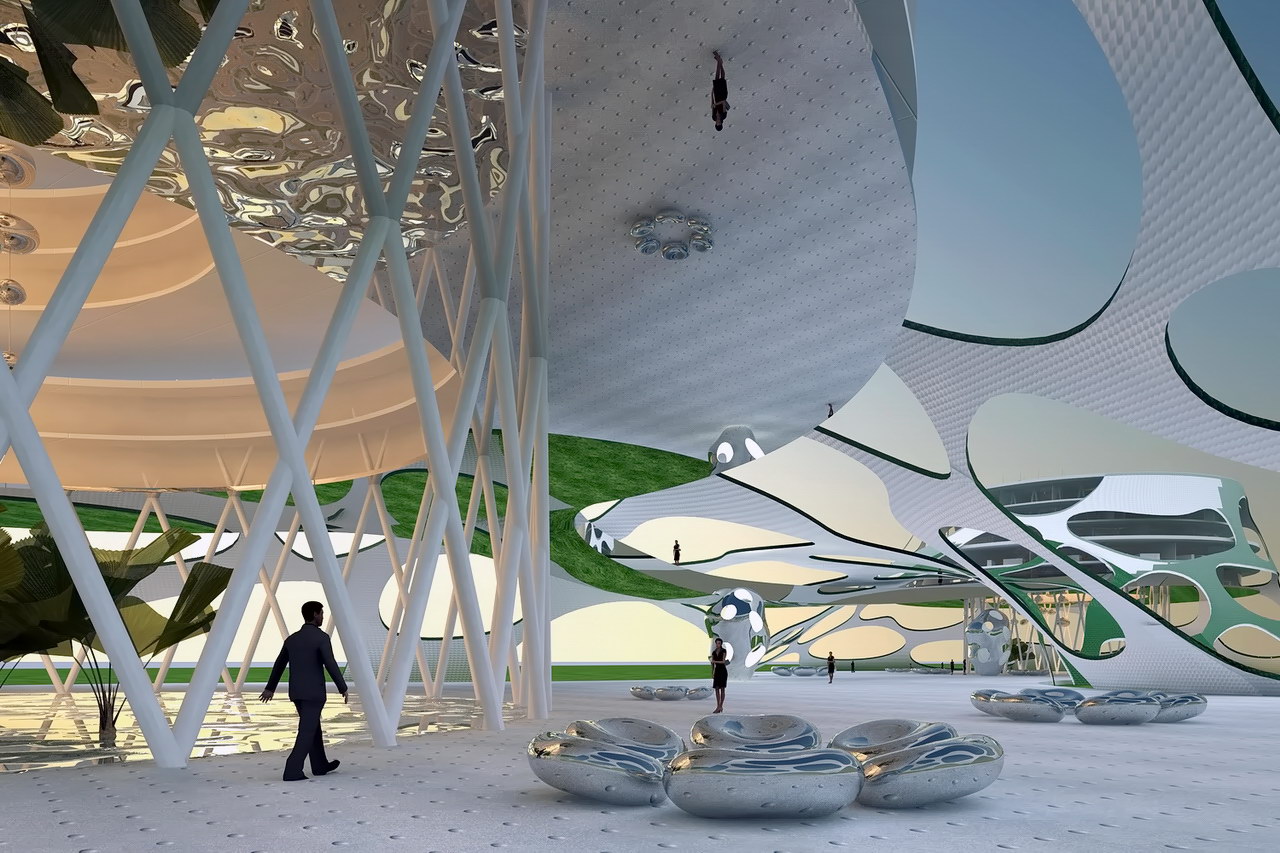 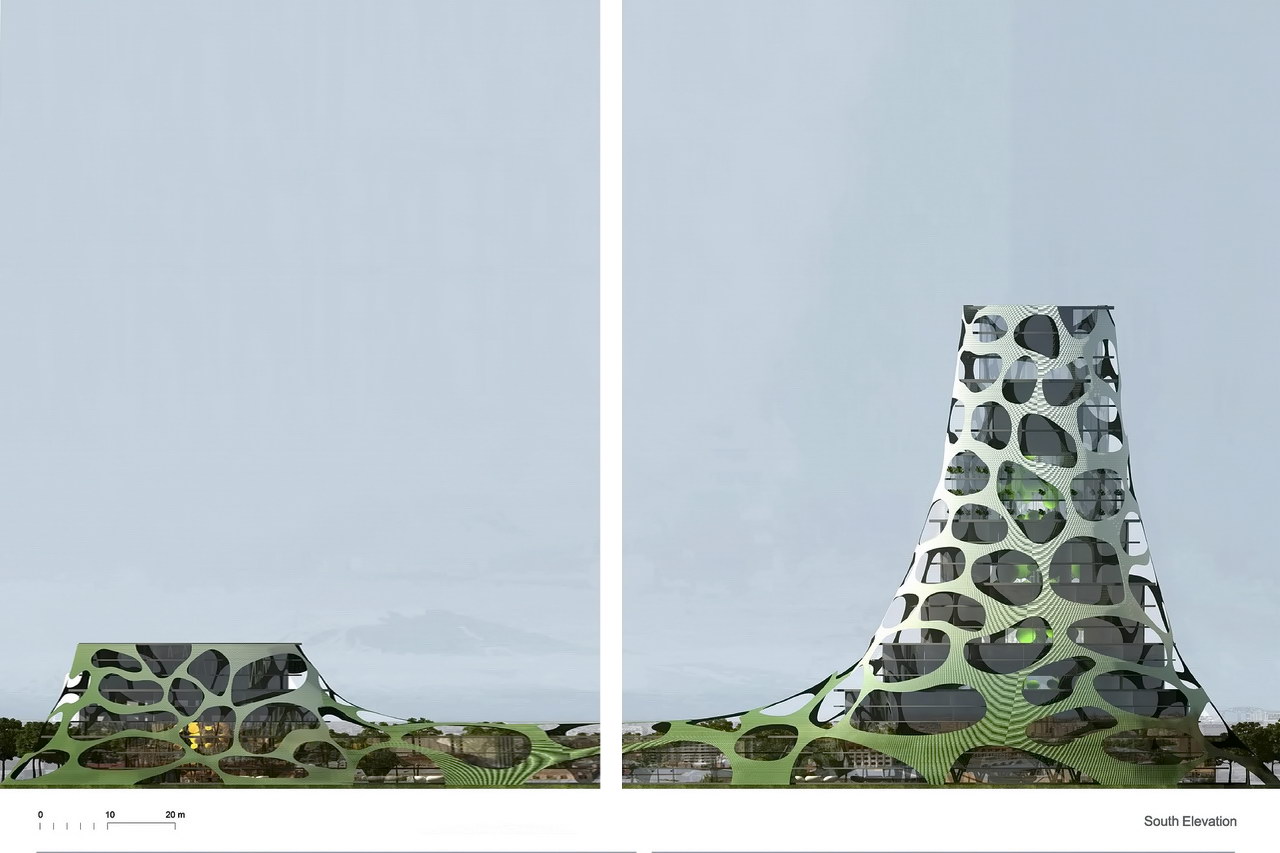 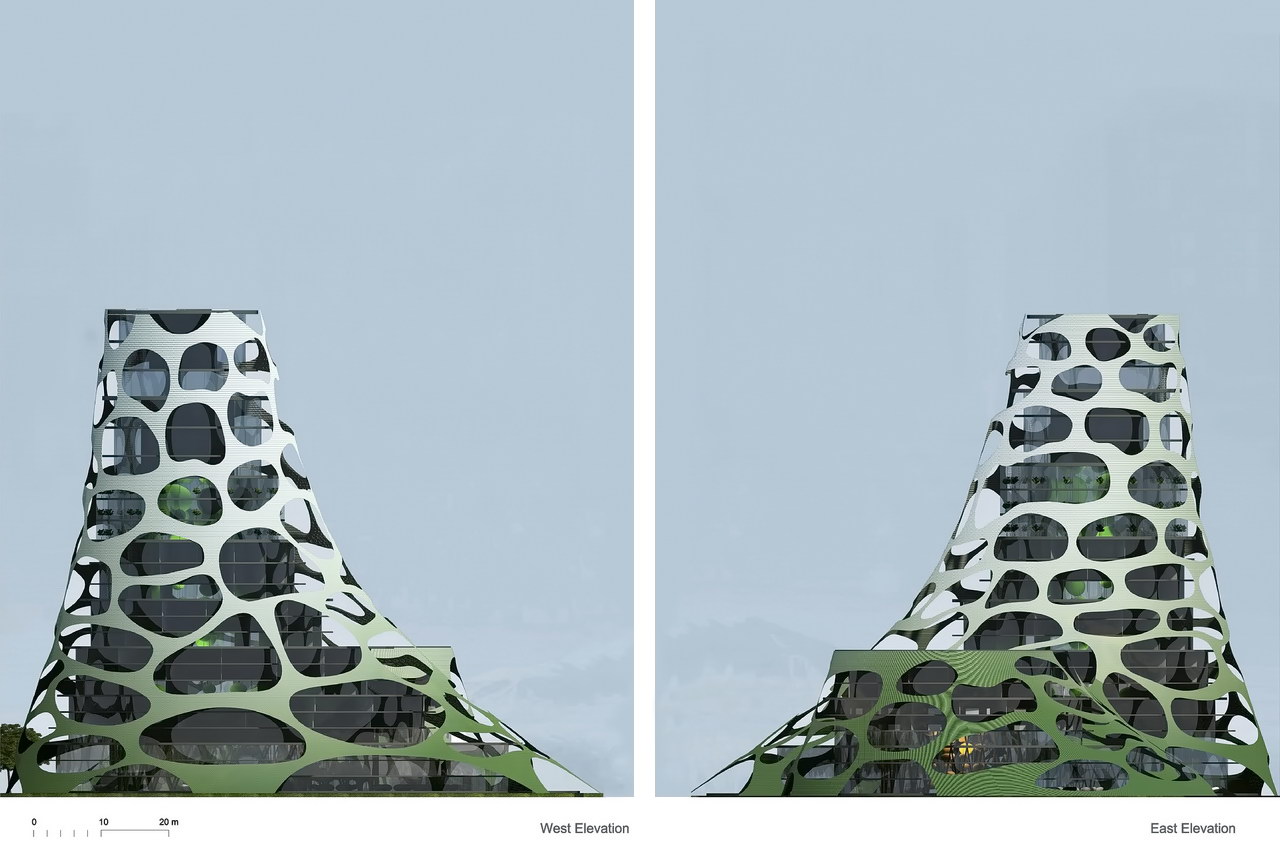 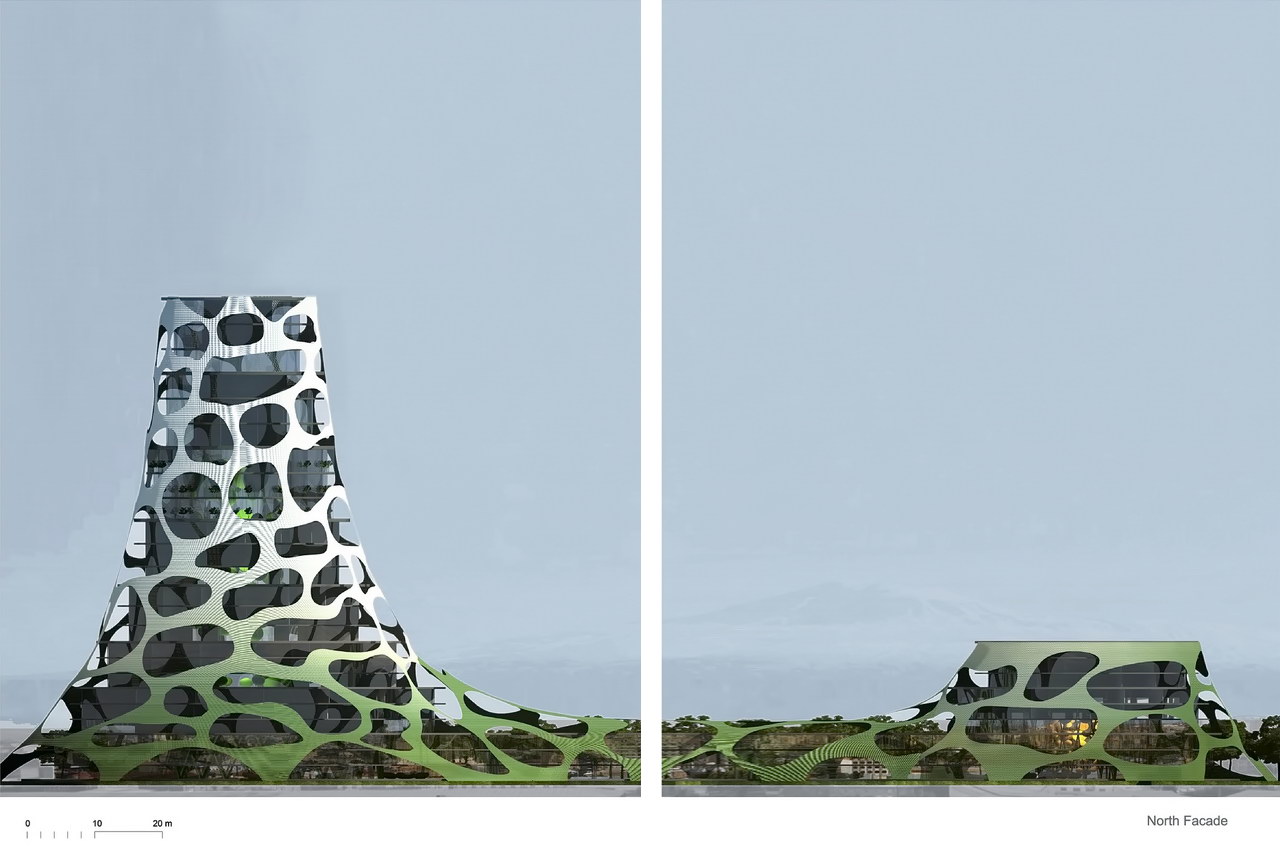 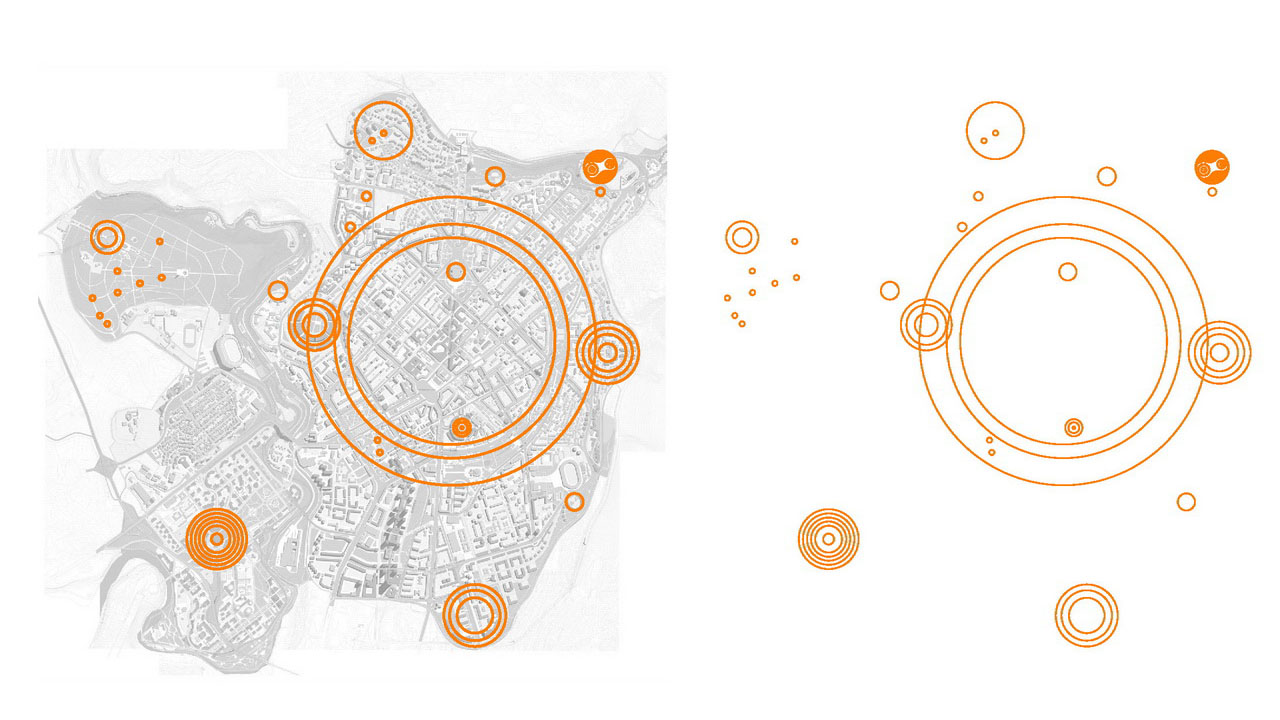 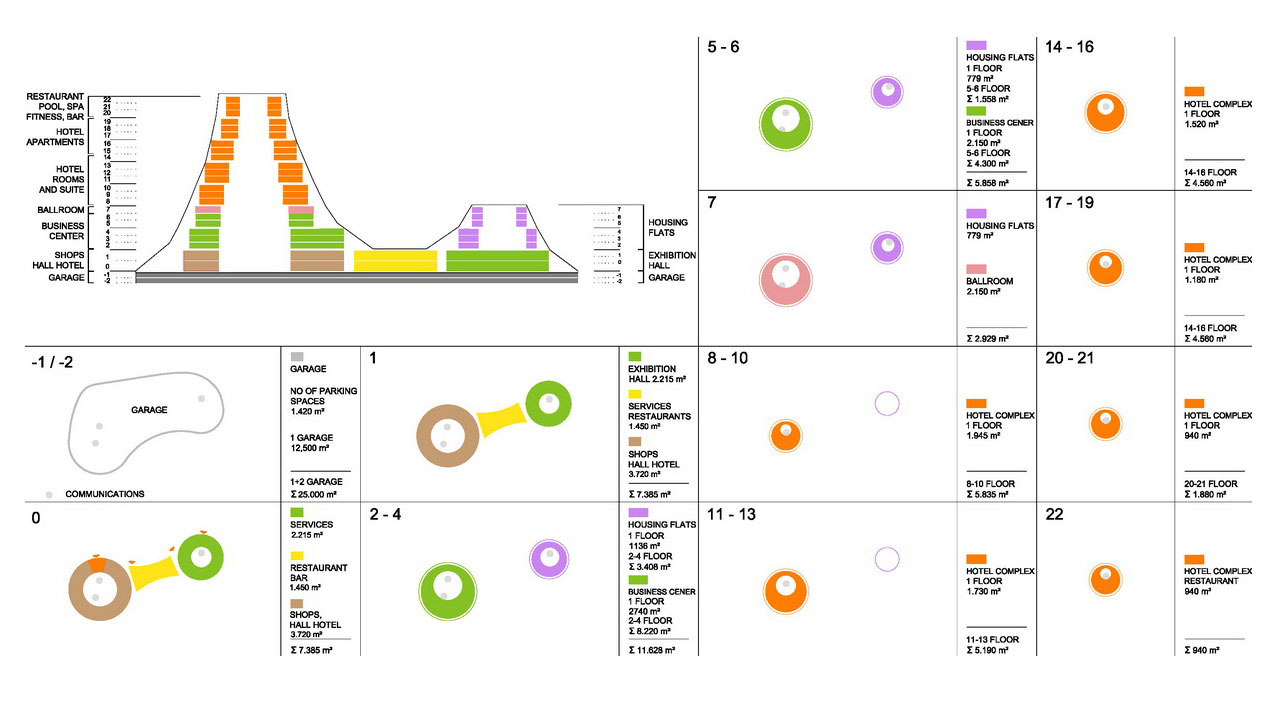 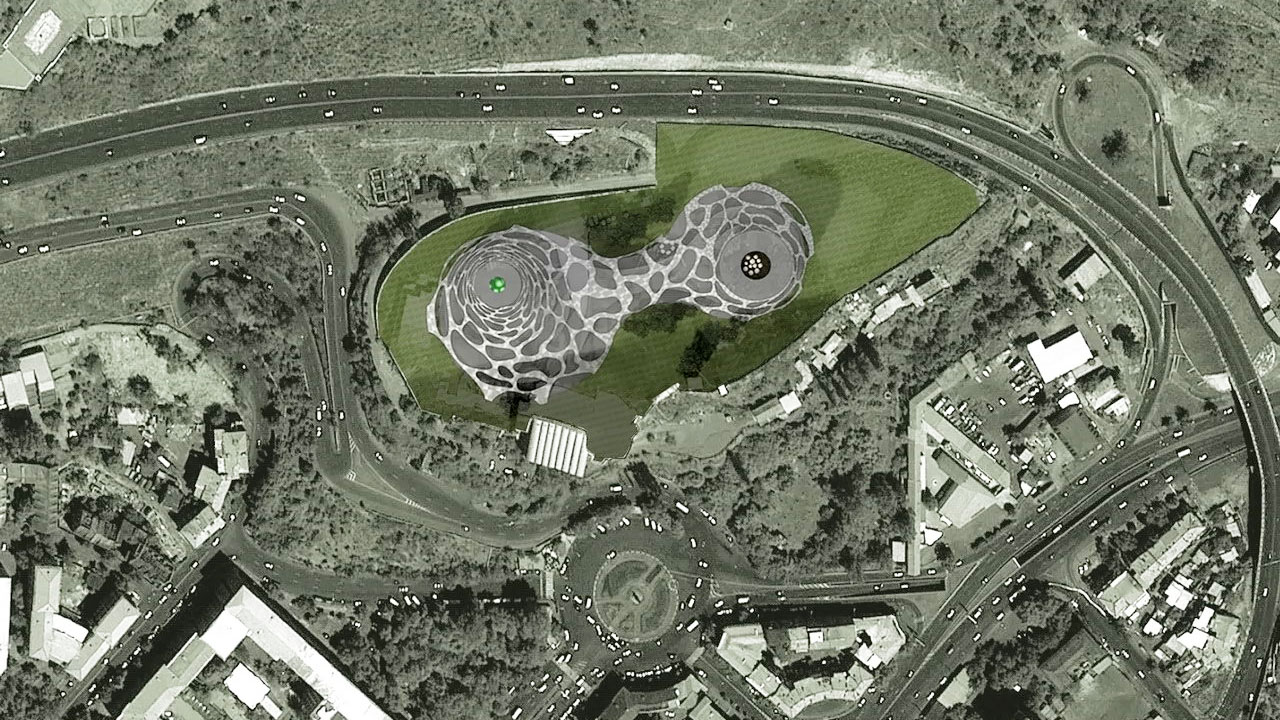 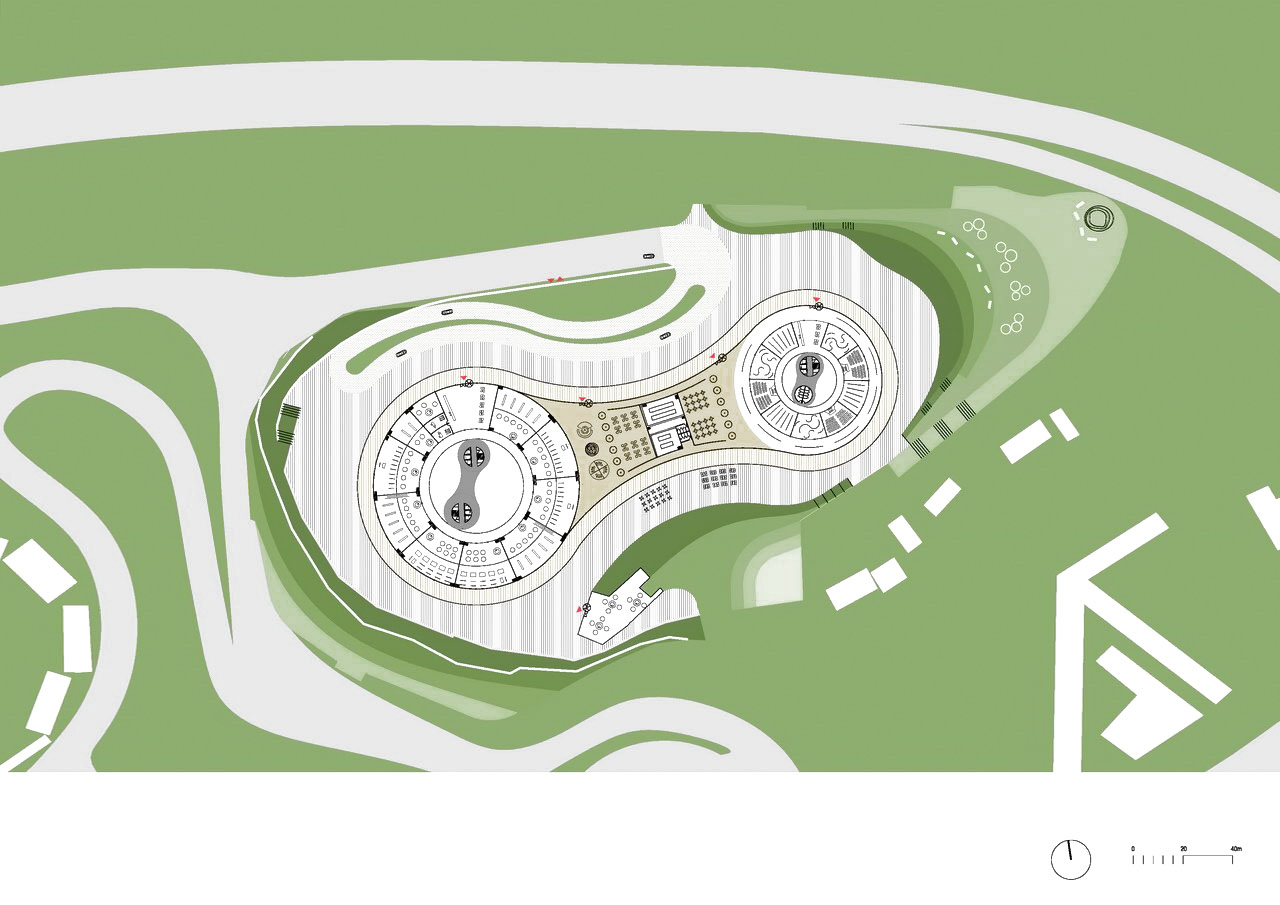 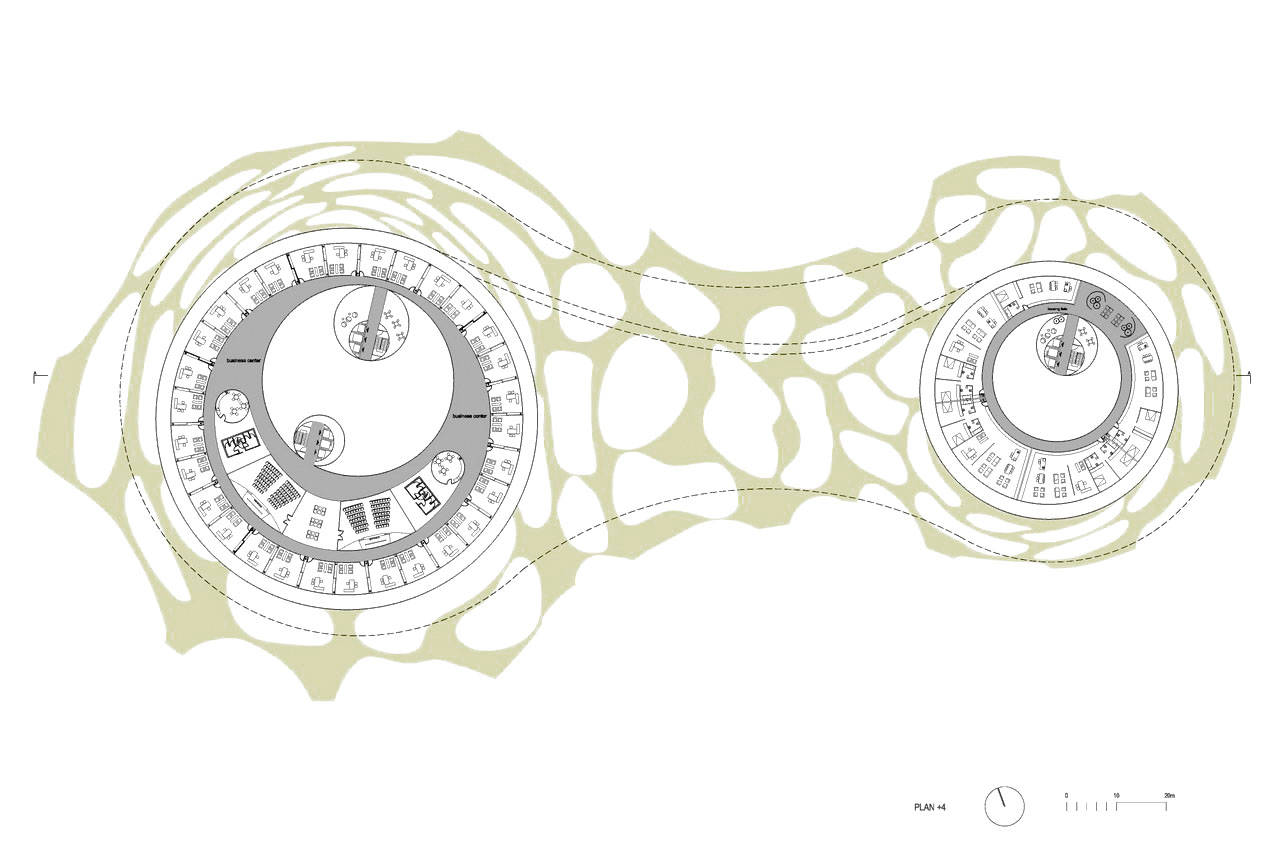 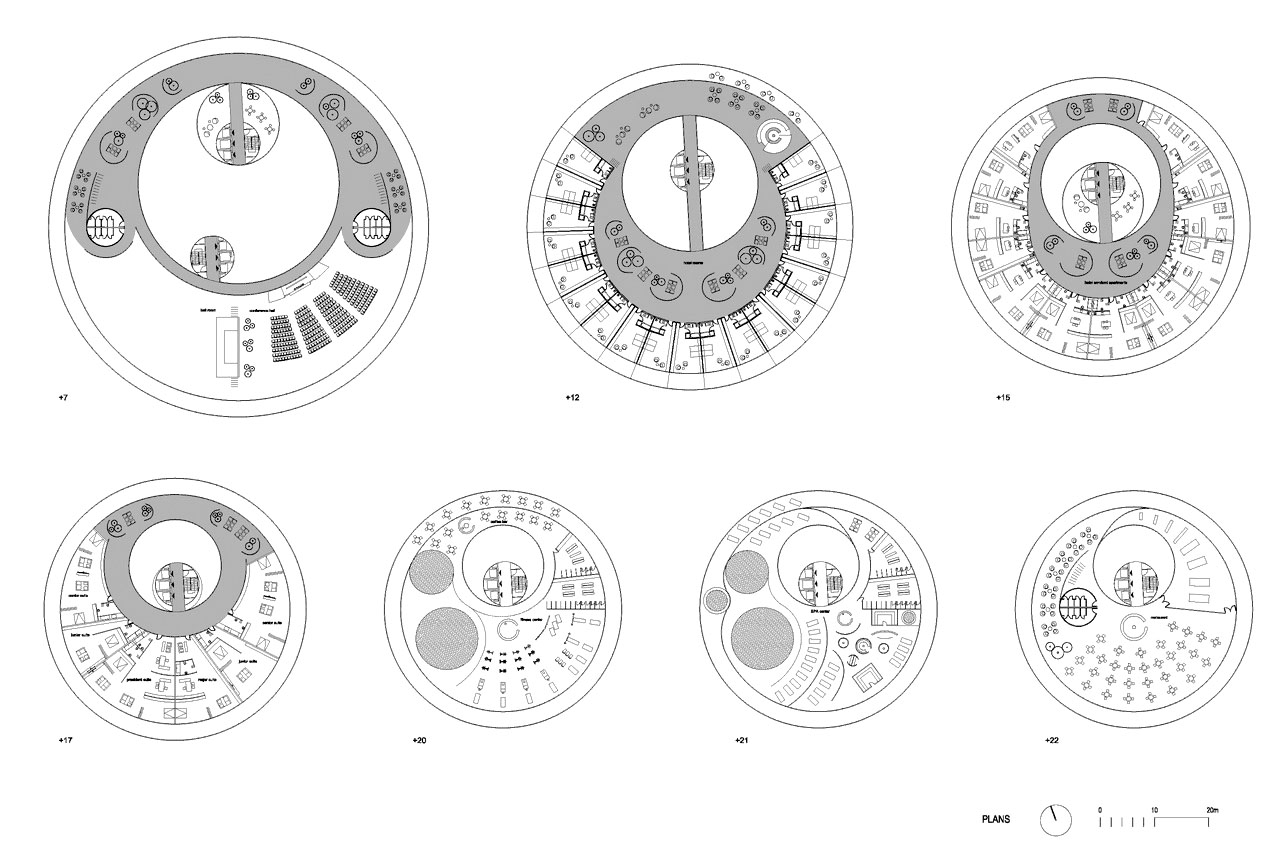 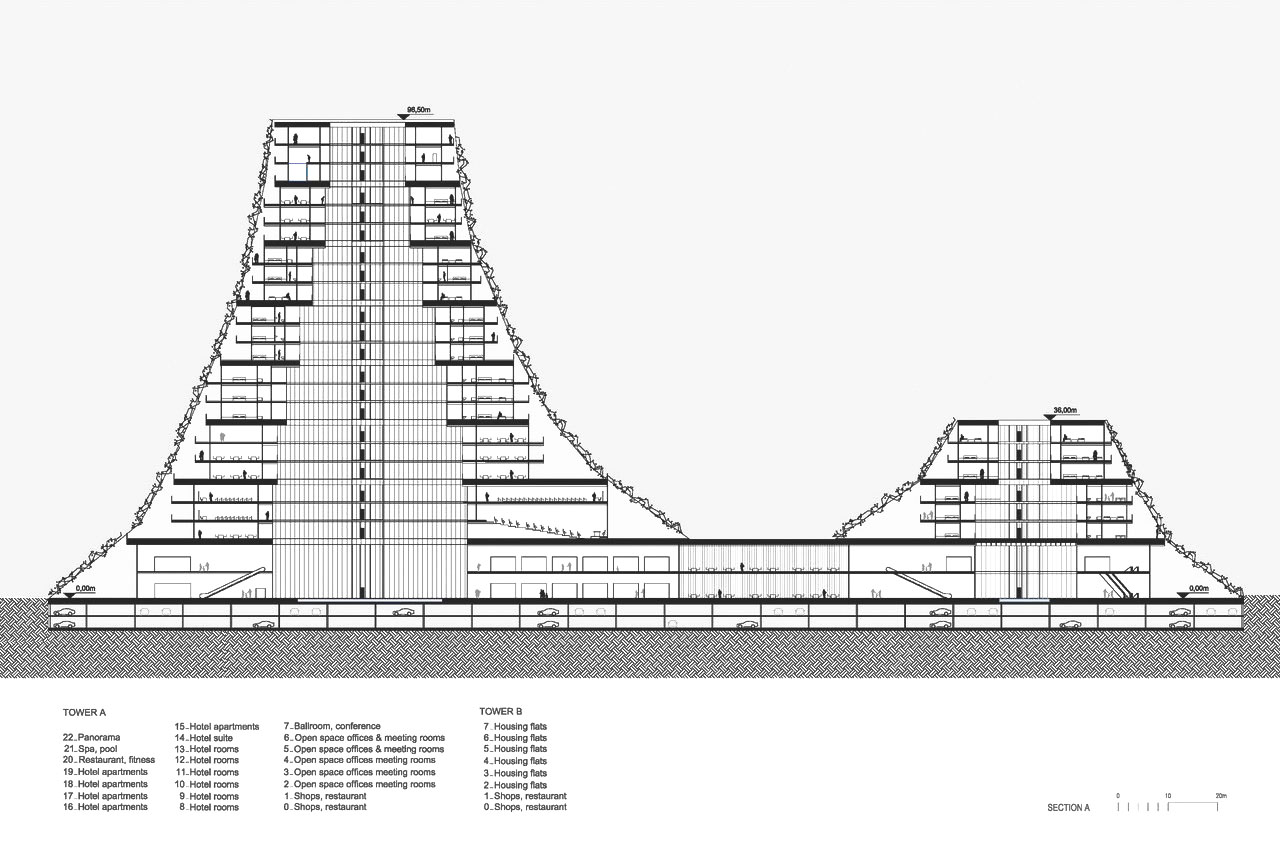