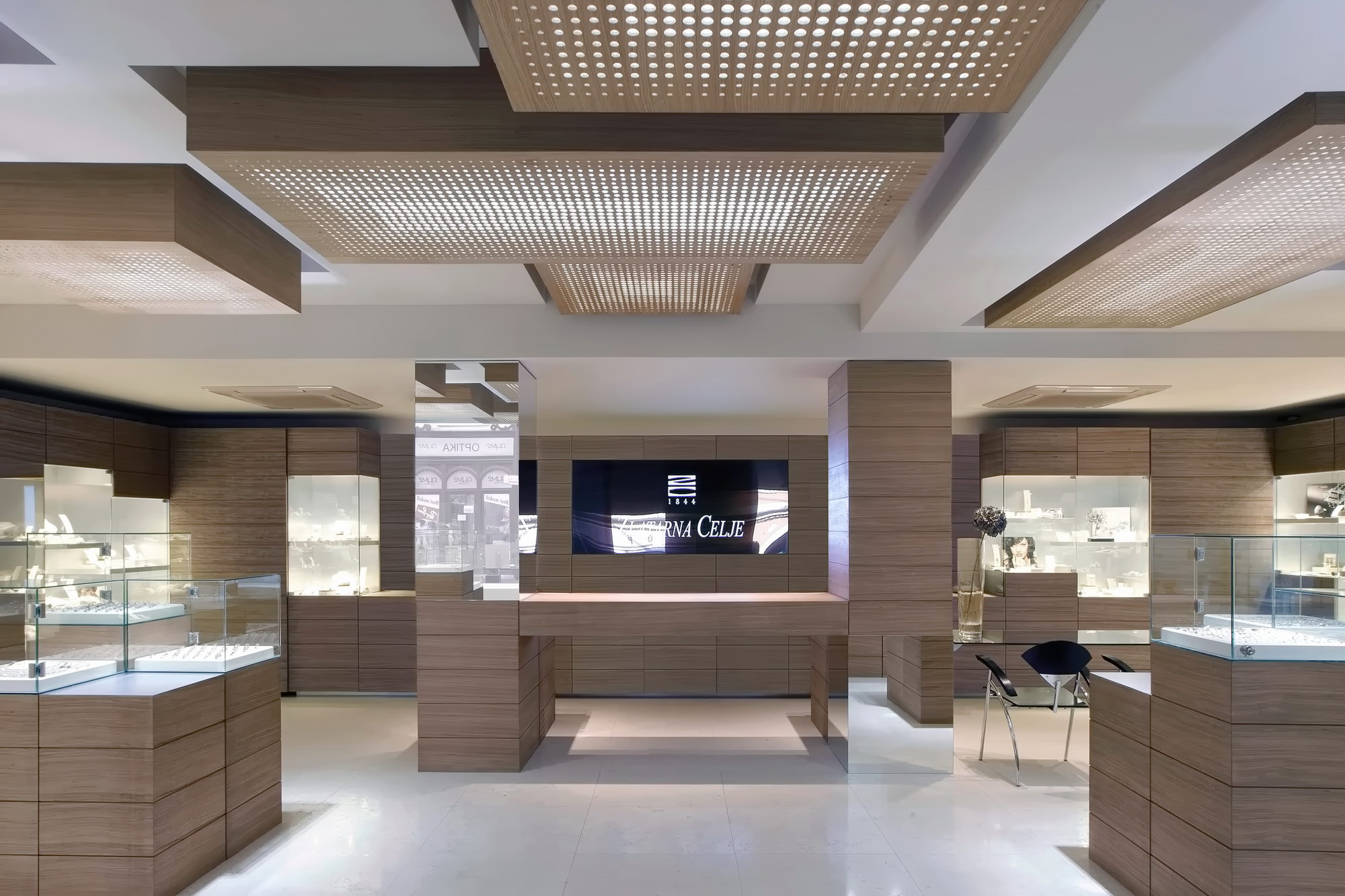 The project involves the development of new concept stores for the company Zlatarna Celje. The new design concept is made for around 100 new stores which will be developed over the next years. There are three main store typologies; high street flagship stores, shopping centre shop points and gold investment centre points. The design will be based around a core concept however each typology will use a variation of this principal idea. The project concept derives from a banks safety deposit boxes, using the simple idea of a strong, protective box holding the expensive jewelry. The box is used in a modular style and repeated throughout the store to create the sense of continuity and repetition, using the same material and module. In both the shopping centre and high street stores the concept combines the safe deposit box idea with a warm domestic feeling, using timber as the principal material to create a softer atmosphere, which was a client main demand since these stores are more sales orientated. In the investment centre however, the feeling and appearance is much more reminiscent of a steel bank vault containing the safety deposit box, creating a slightly more formal feeling since more business related proceedings taking place within this type of store. The simple use of two different materials for the two store typologies creates an obvious visual difference between them and makes it easy for the customer to distinguish between the two. The pilot/prototype project developed for the company's flagship store in one of Maribor's busiest streets in the centre of the city's old town, in one of the shopping centres and is approximately 80m. 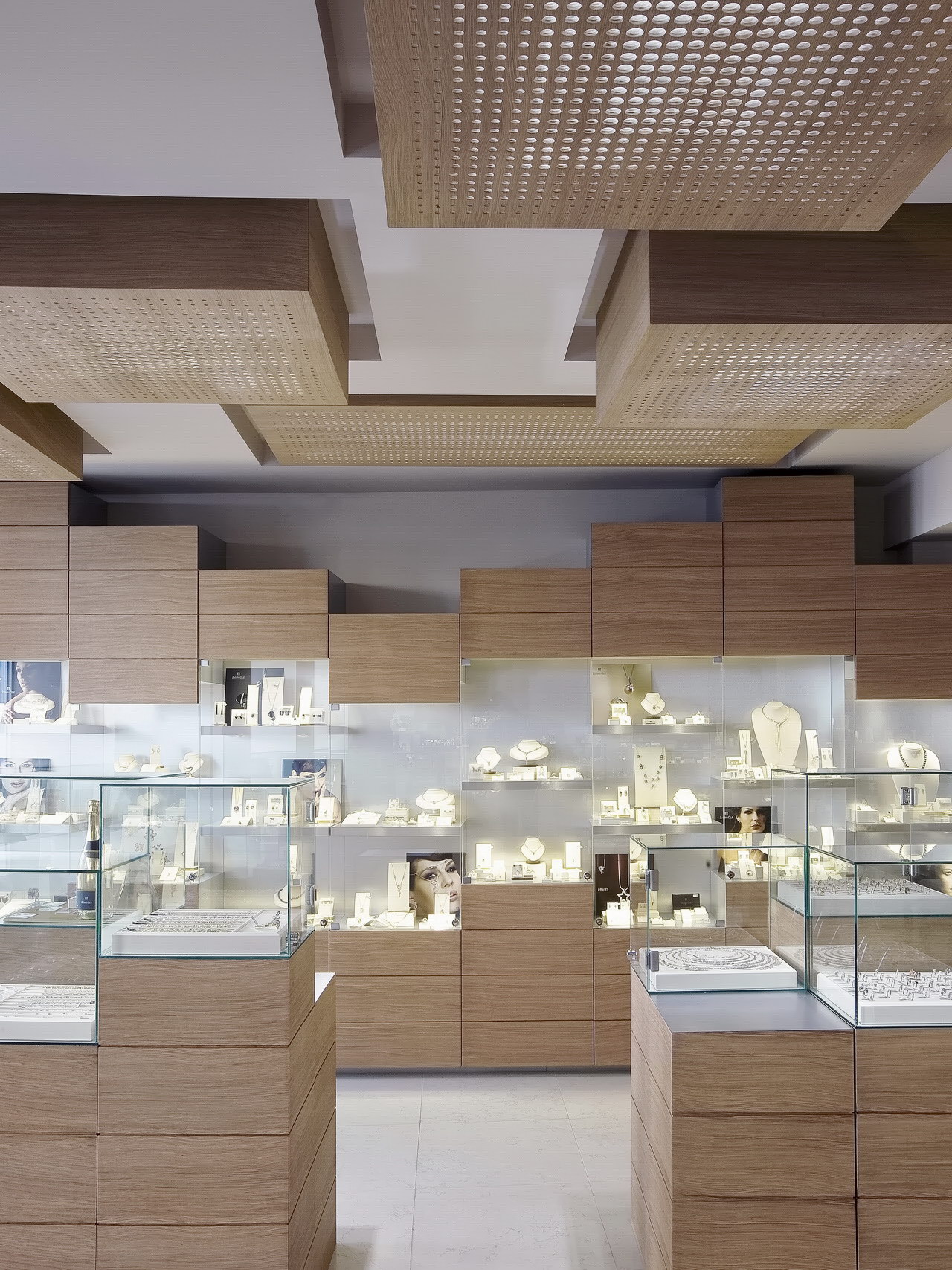 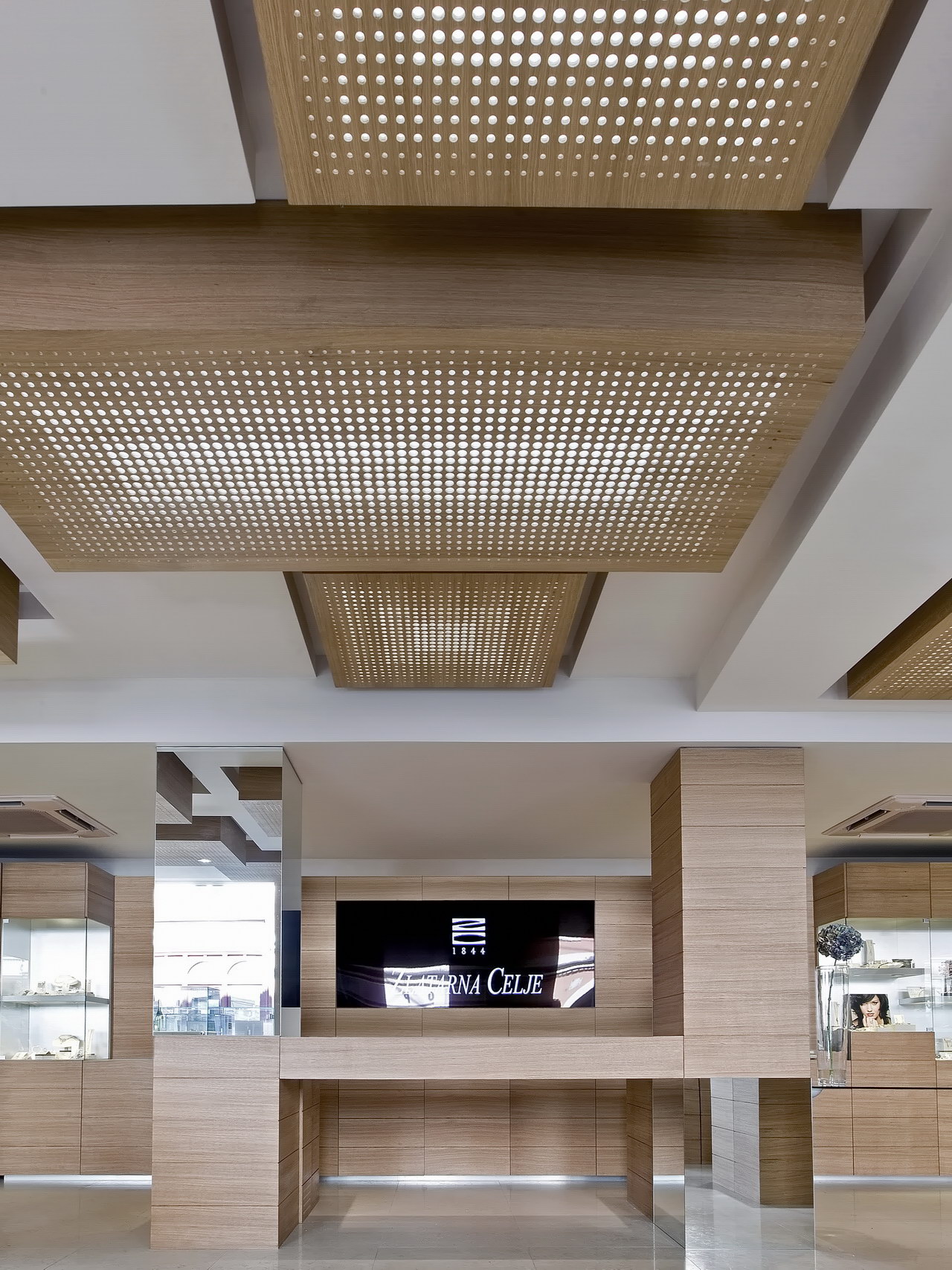 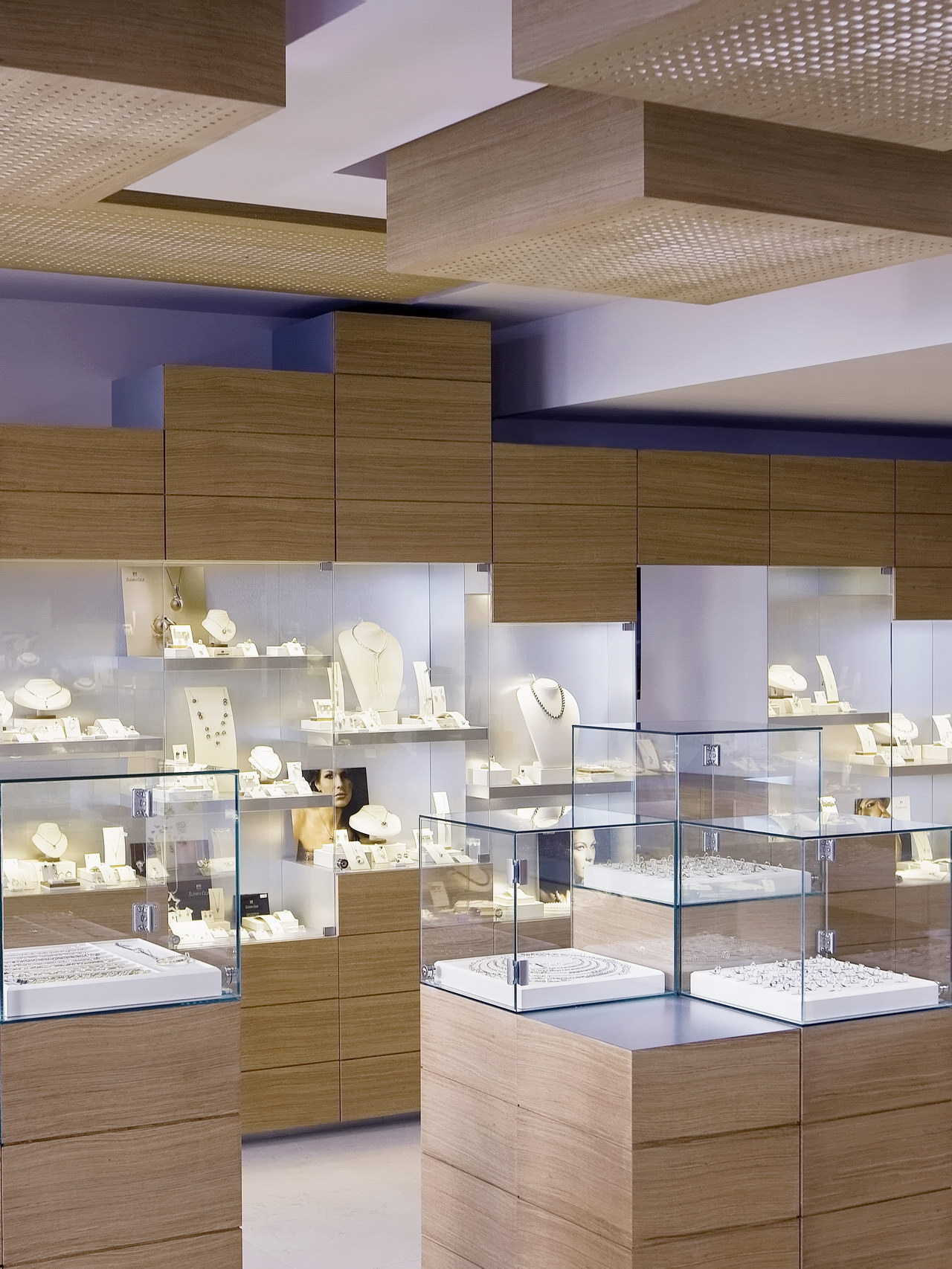 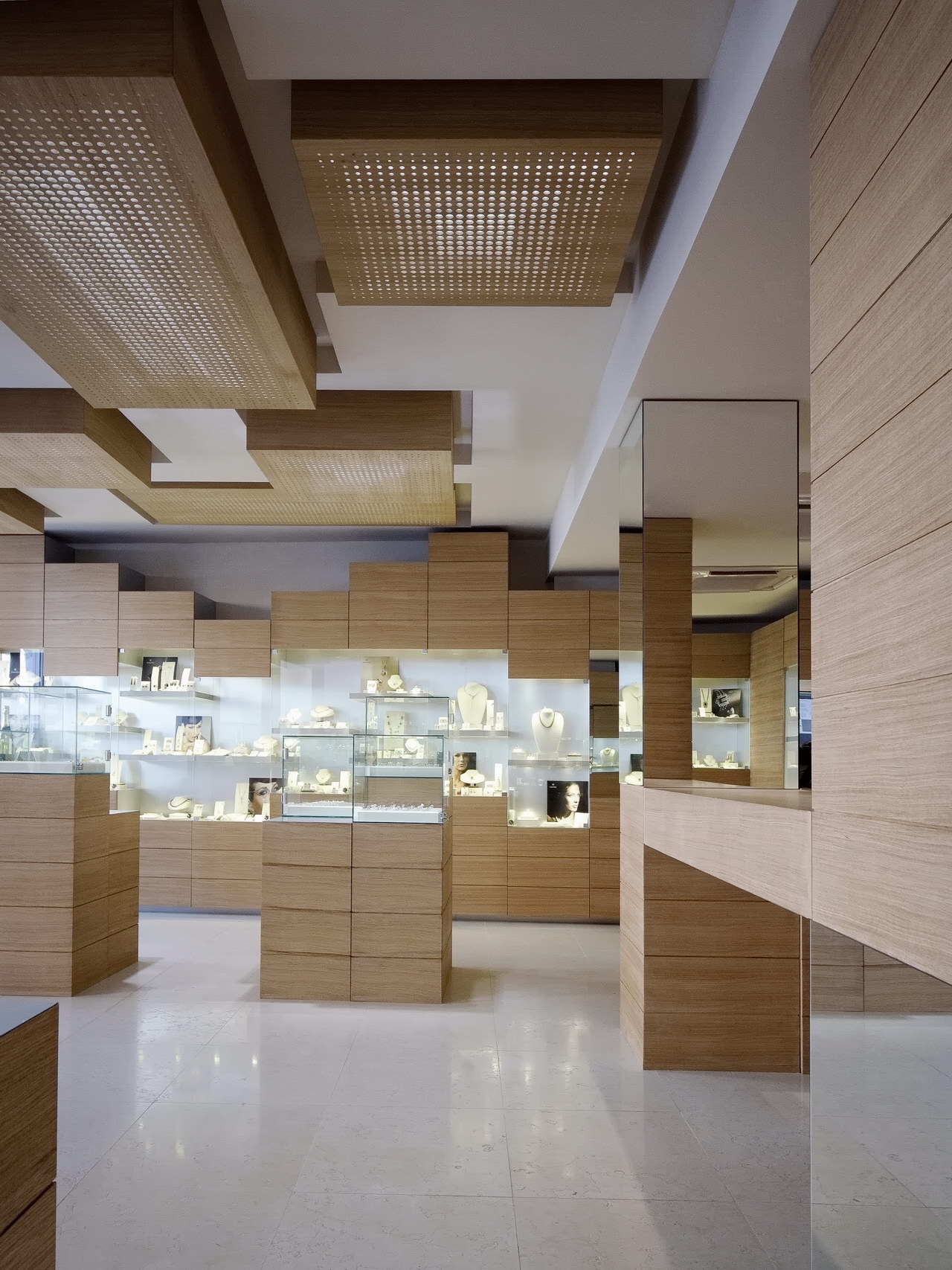 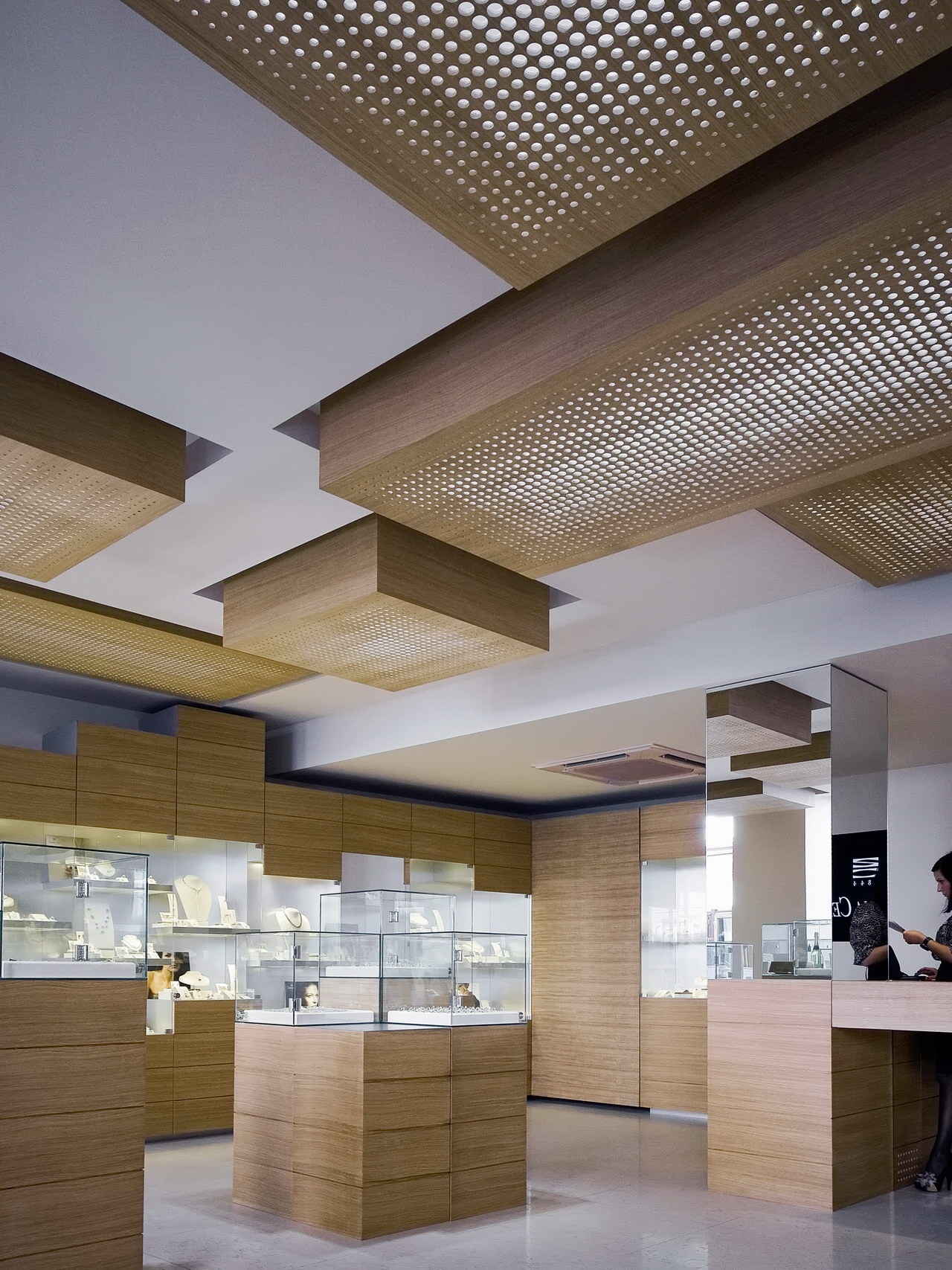 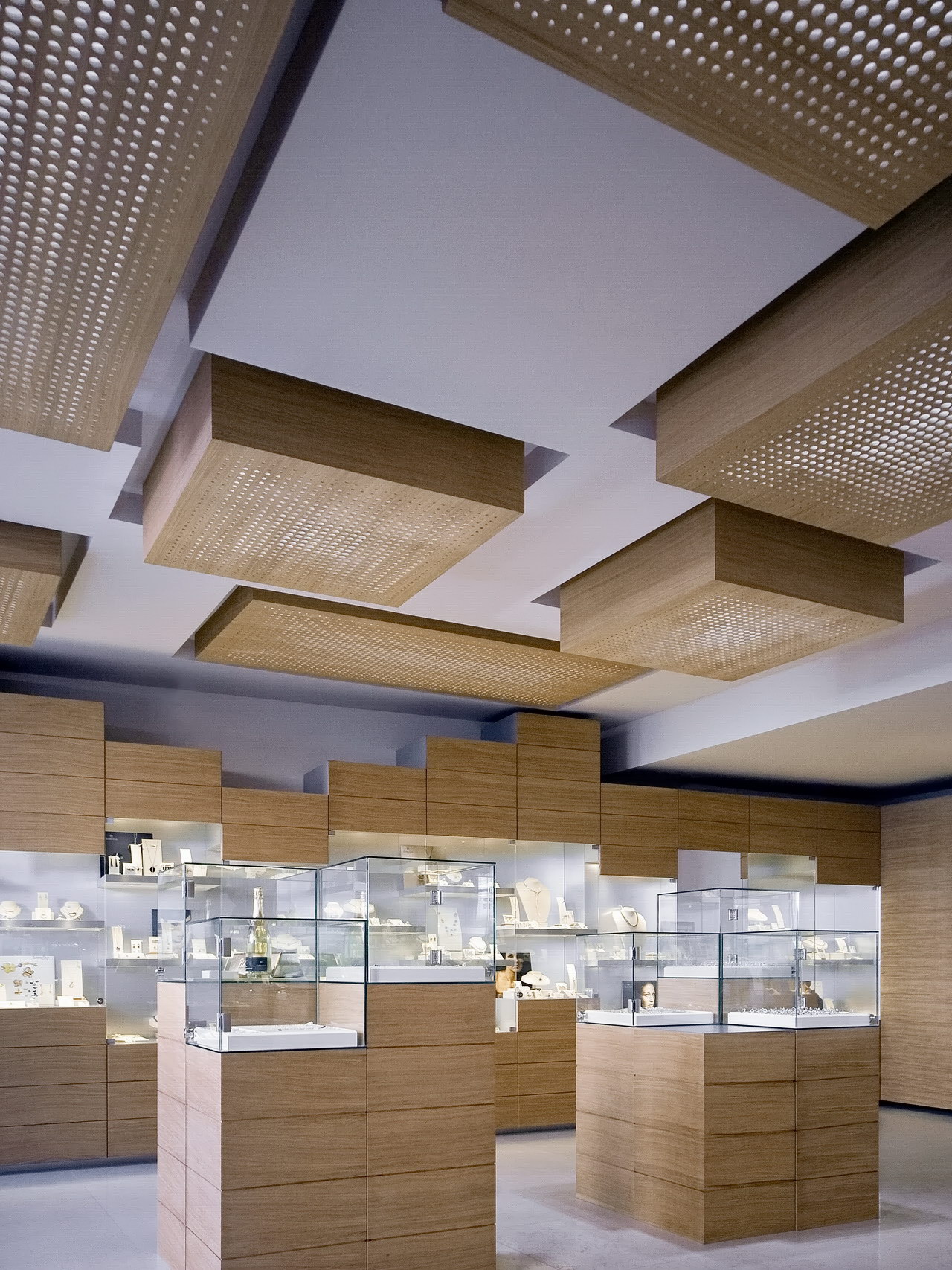 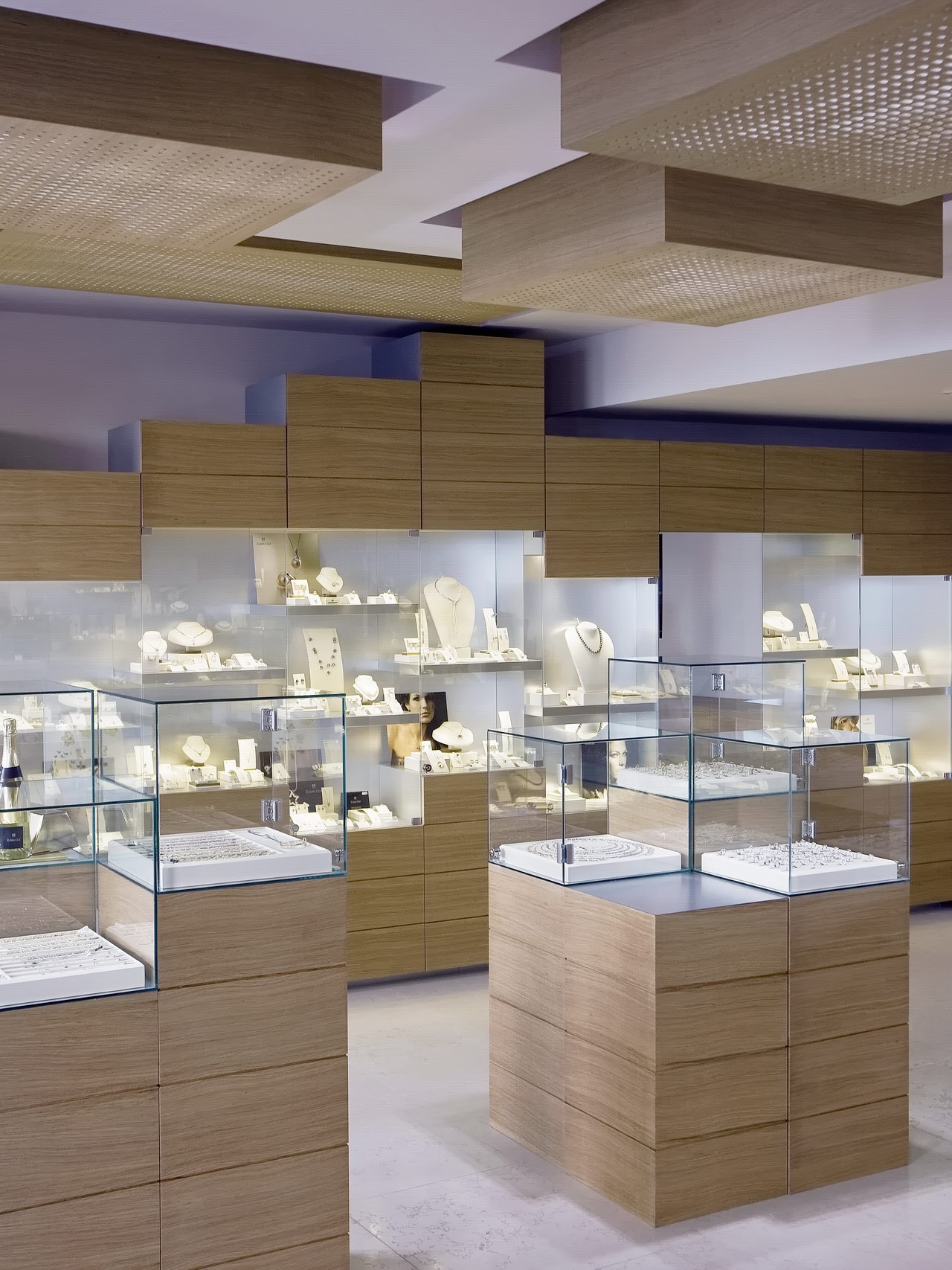 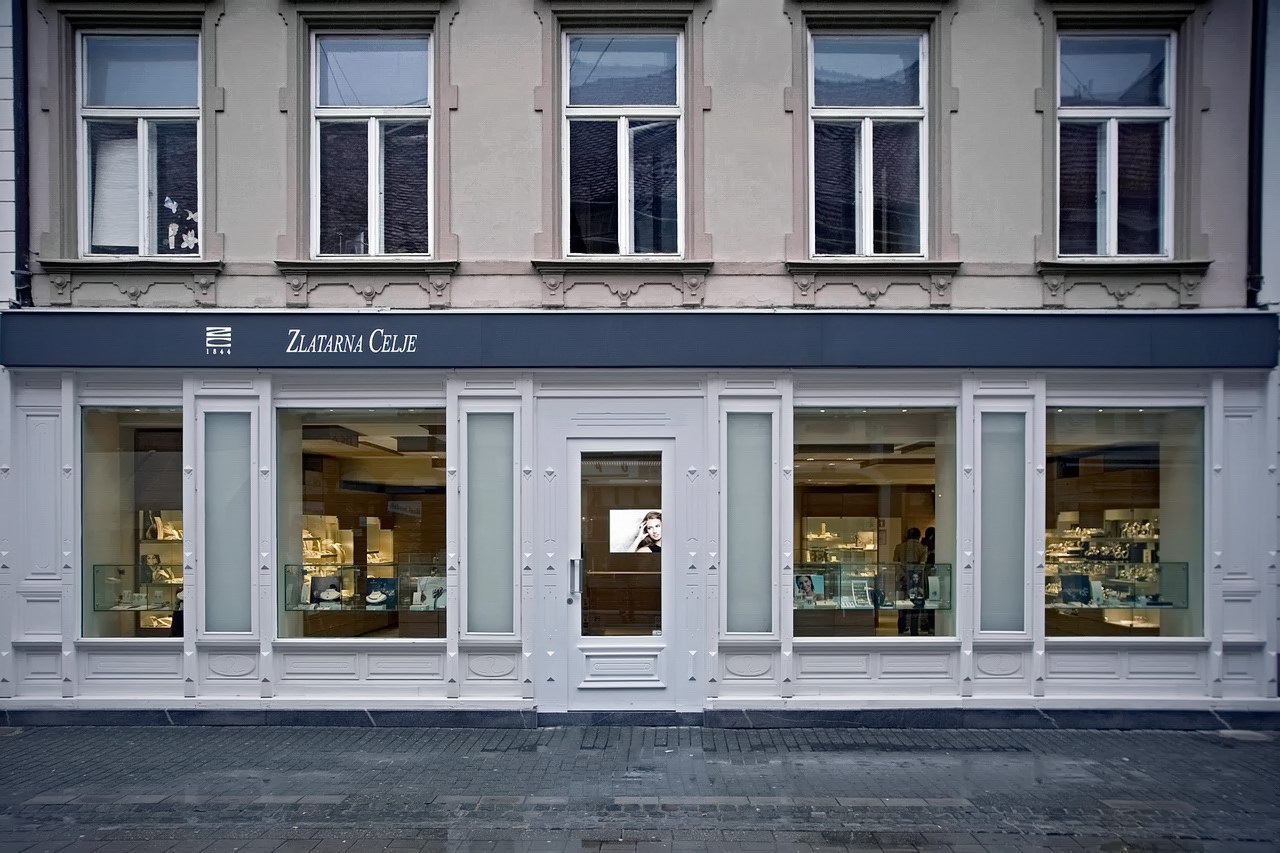 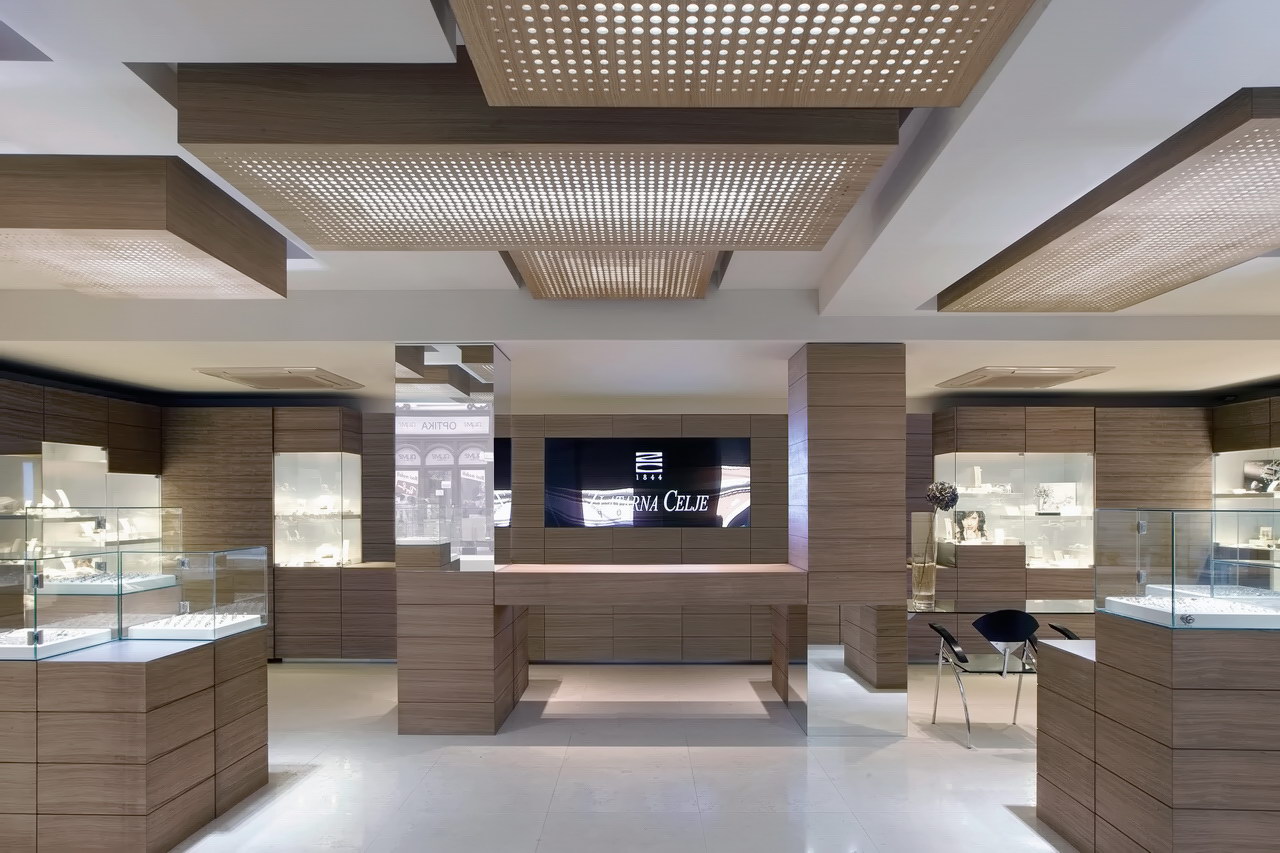 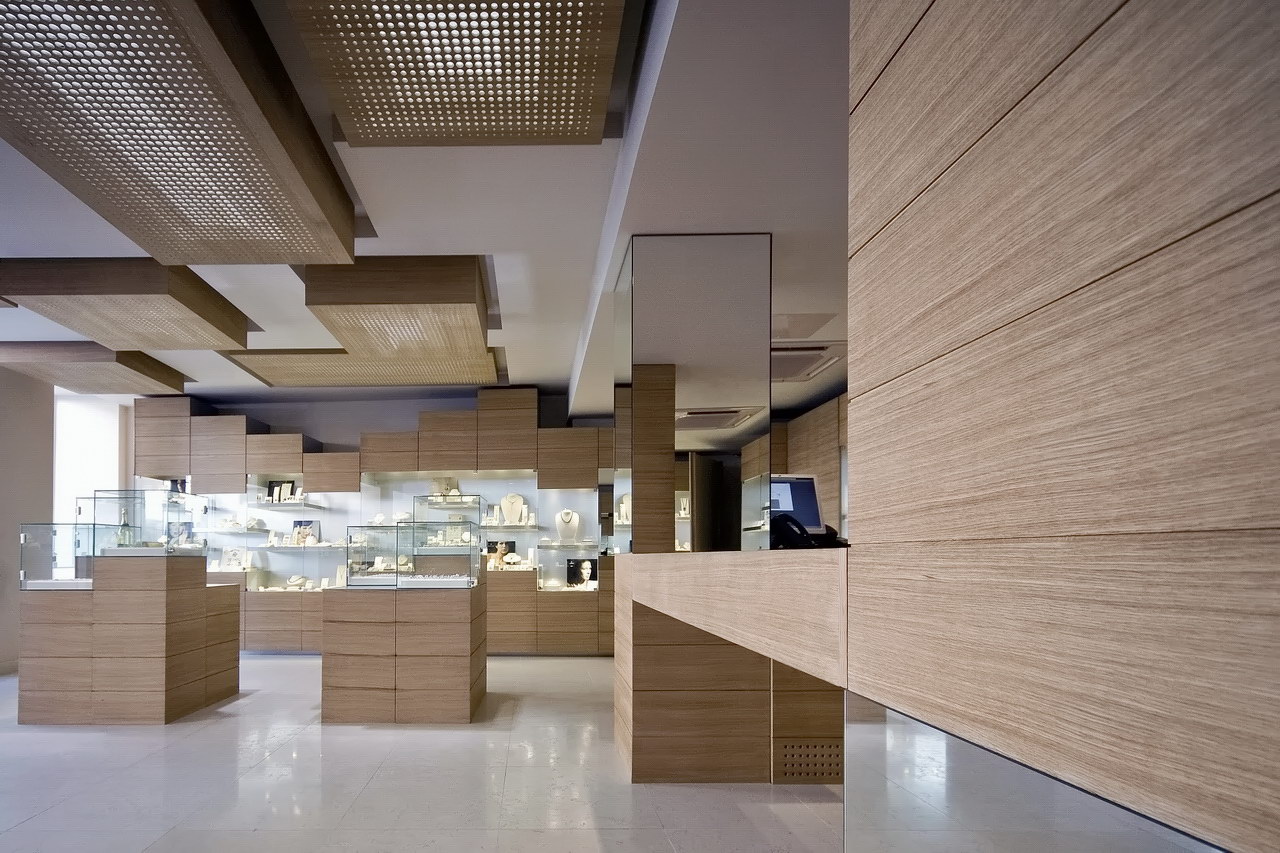 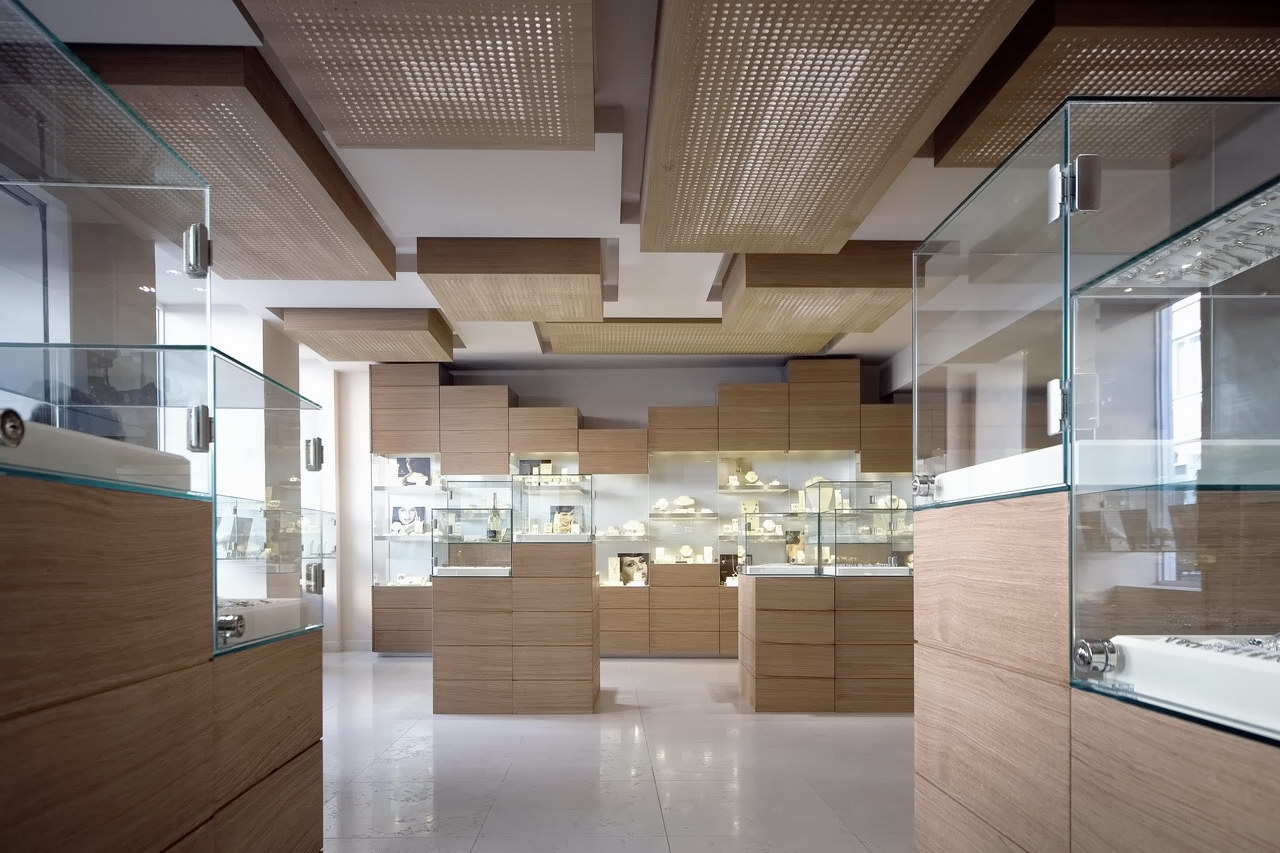 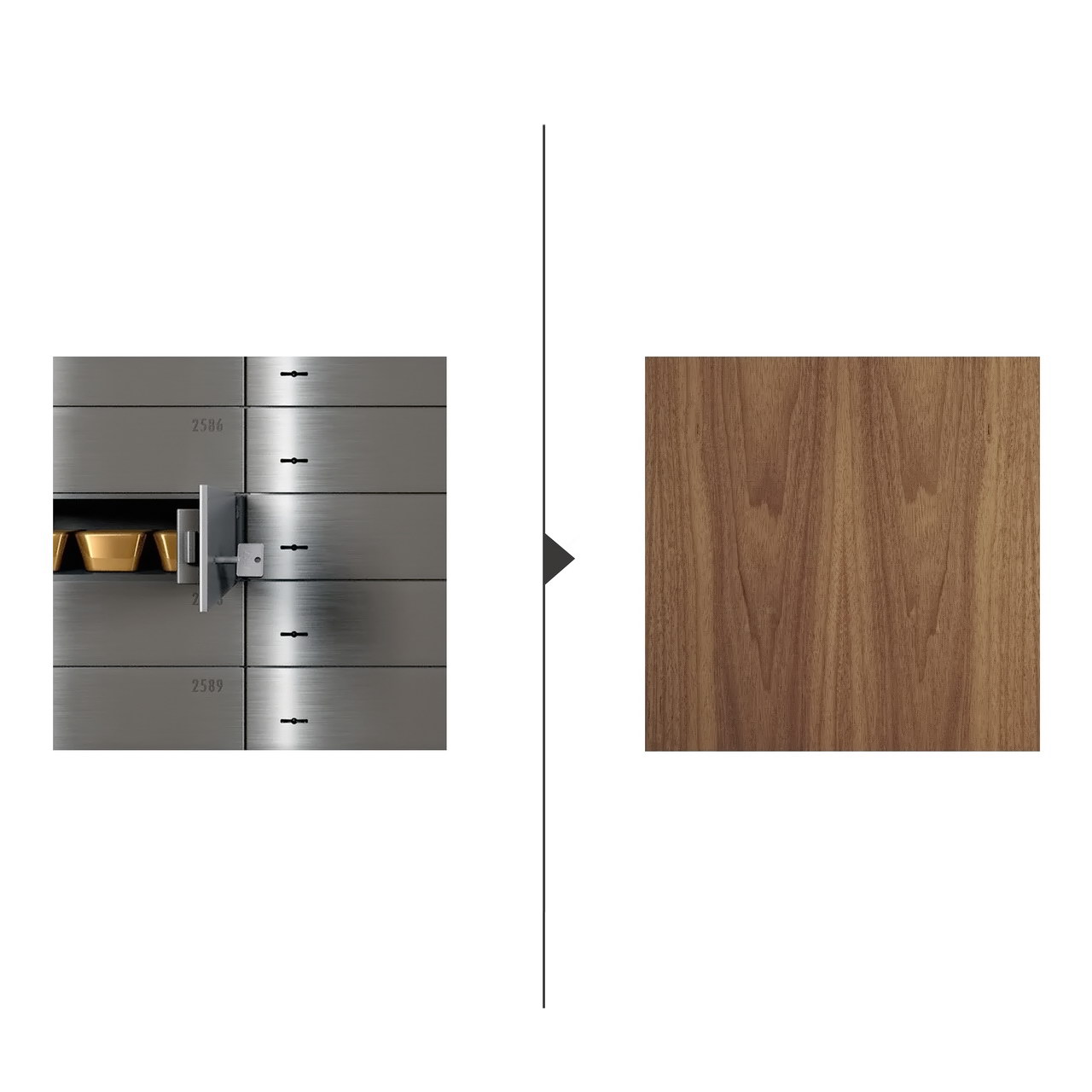 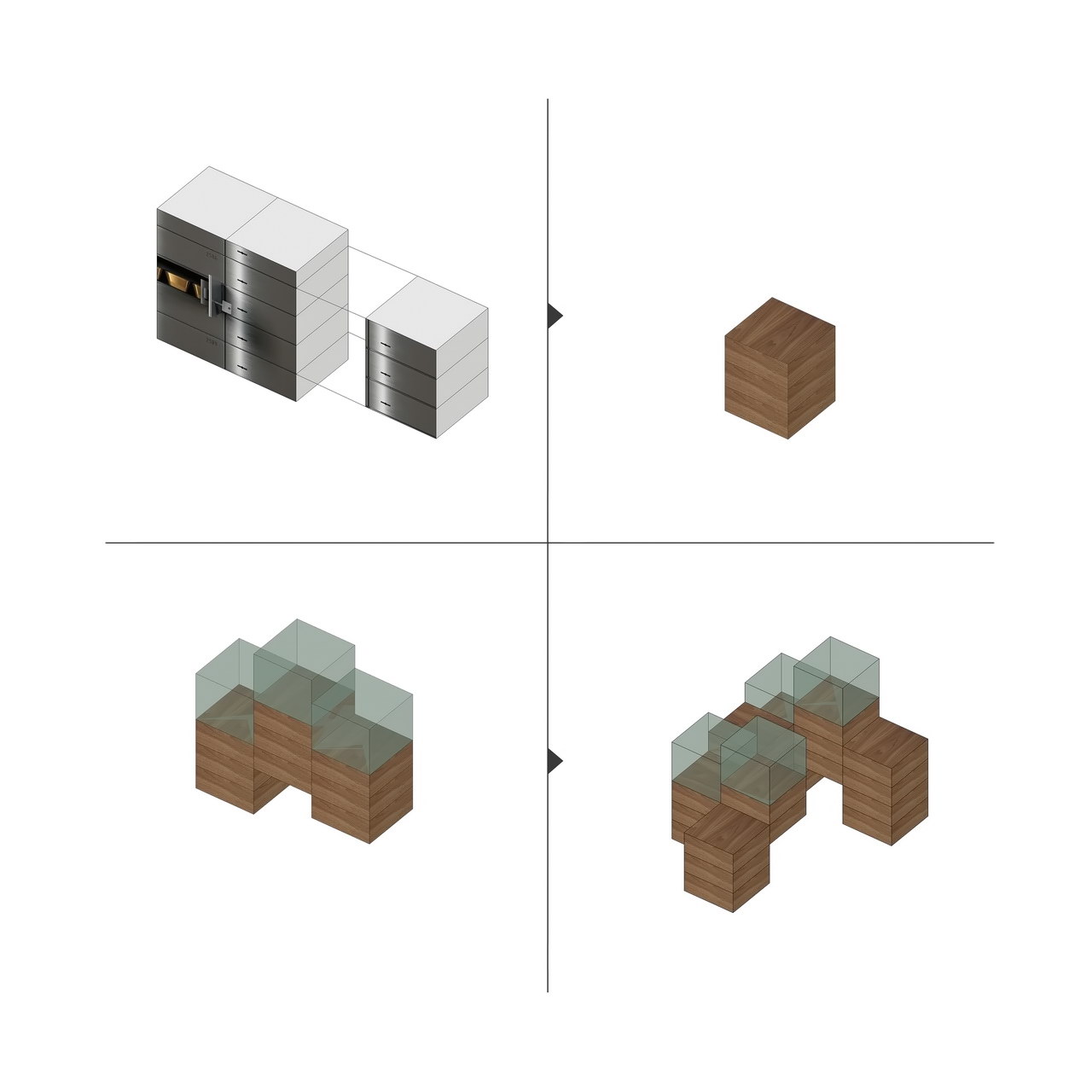 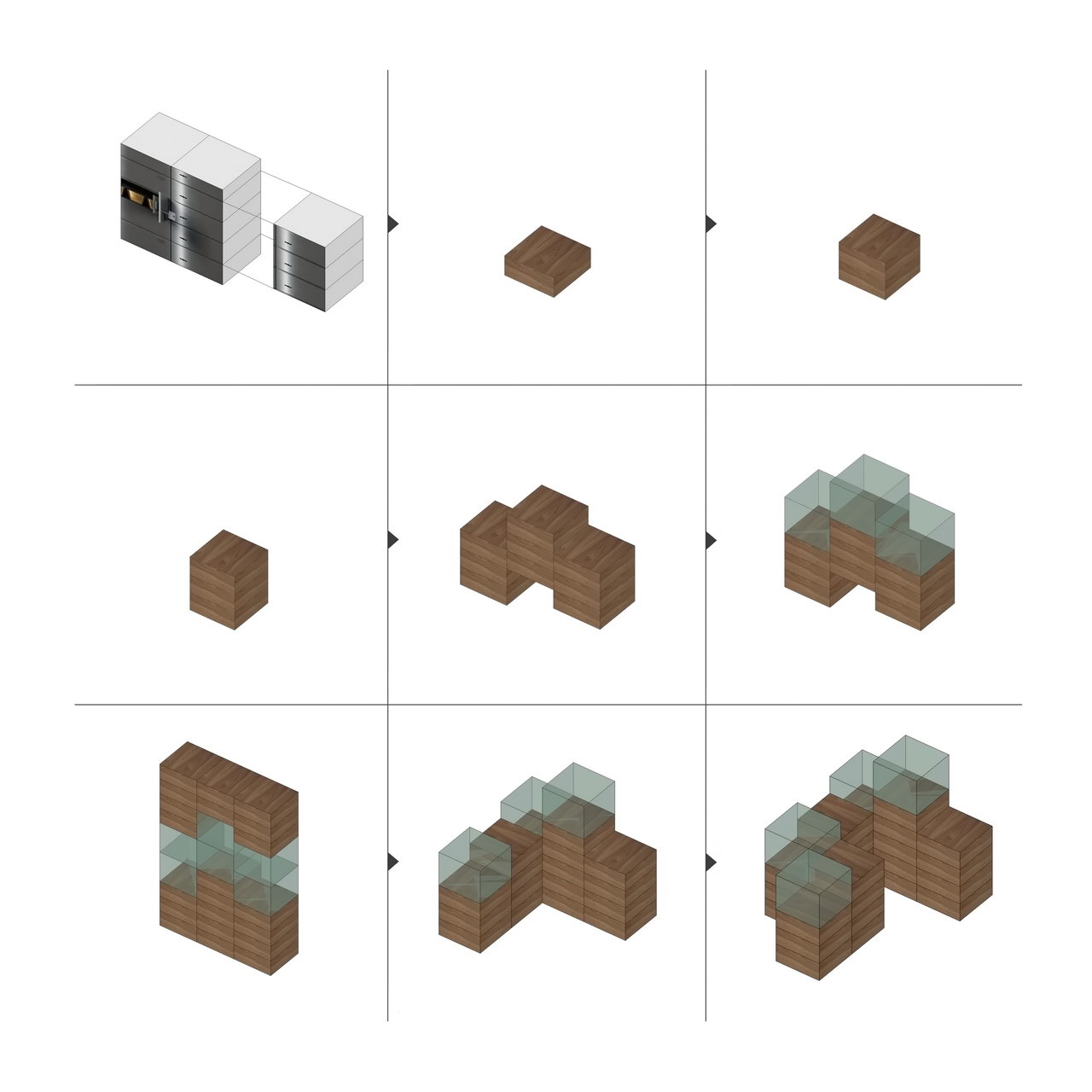