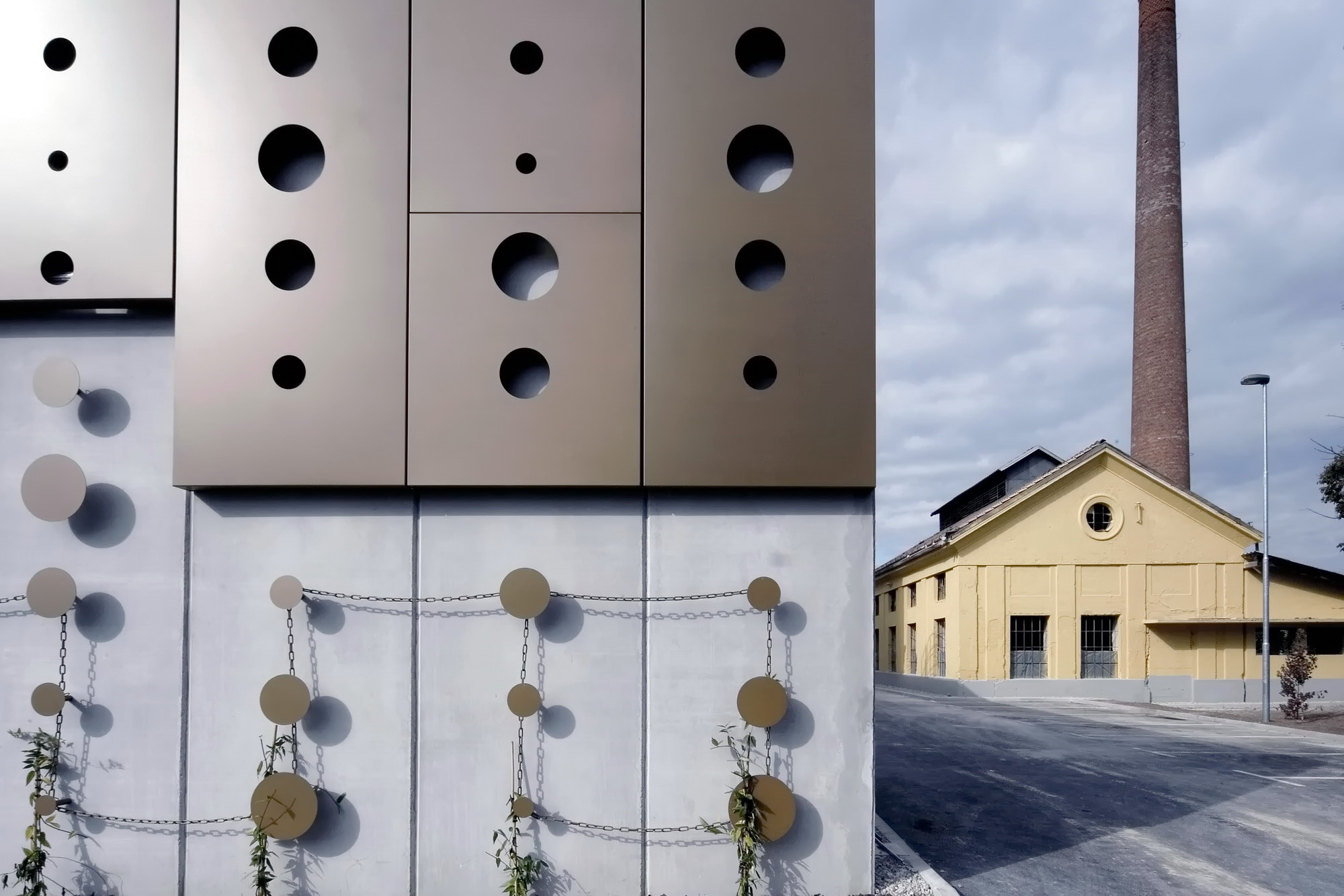 The existing site is listed as a historic industrial area containing an old butchery complex, which included the water-tower and old butcher hall. The demand of the National heritage was to rebuild the tower as it was in its original state and to integrate the main façade portal of the old hall in front of the planned new shopping mall. The client wished for the design to be a prefabricated concrete hall of 46x42x7 meters. With the interior and all internal finishing done as "Mercator standard" – the standard which is prescribed by the shopping company's chain for all their standard malls. The construction company's budget was extremely limited. The proposed pattern was based on different stepped elevations in order to soften the basic cube shell. The surface needed for one side was then calculated. The elevations divided into three elevated surfaces. After a cost evaluation it was discovered that only 20% of the concrete shell could be covered with the metal surface. So the sheets were perforated with holes in different sizes. Furthermore the cut metal circles from the sheets were used and arranged on the rest of the façade surface. The use of the holes and the circular ornamental patterns were justified with the commercial merchant's company "Mercator pika* (*pika in slovene - dot"...campaign for faithful customers). For the remaining budget, the metal chain rope was created around the metal dots. In time the surface will be covered with green climbing plants. 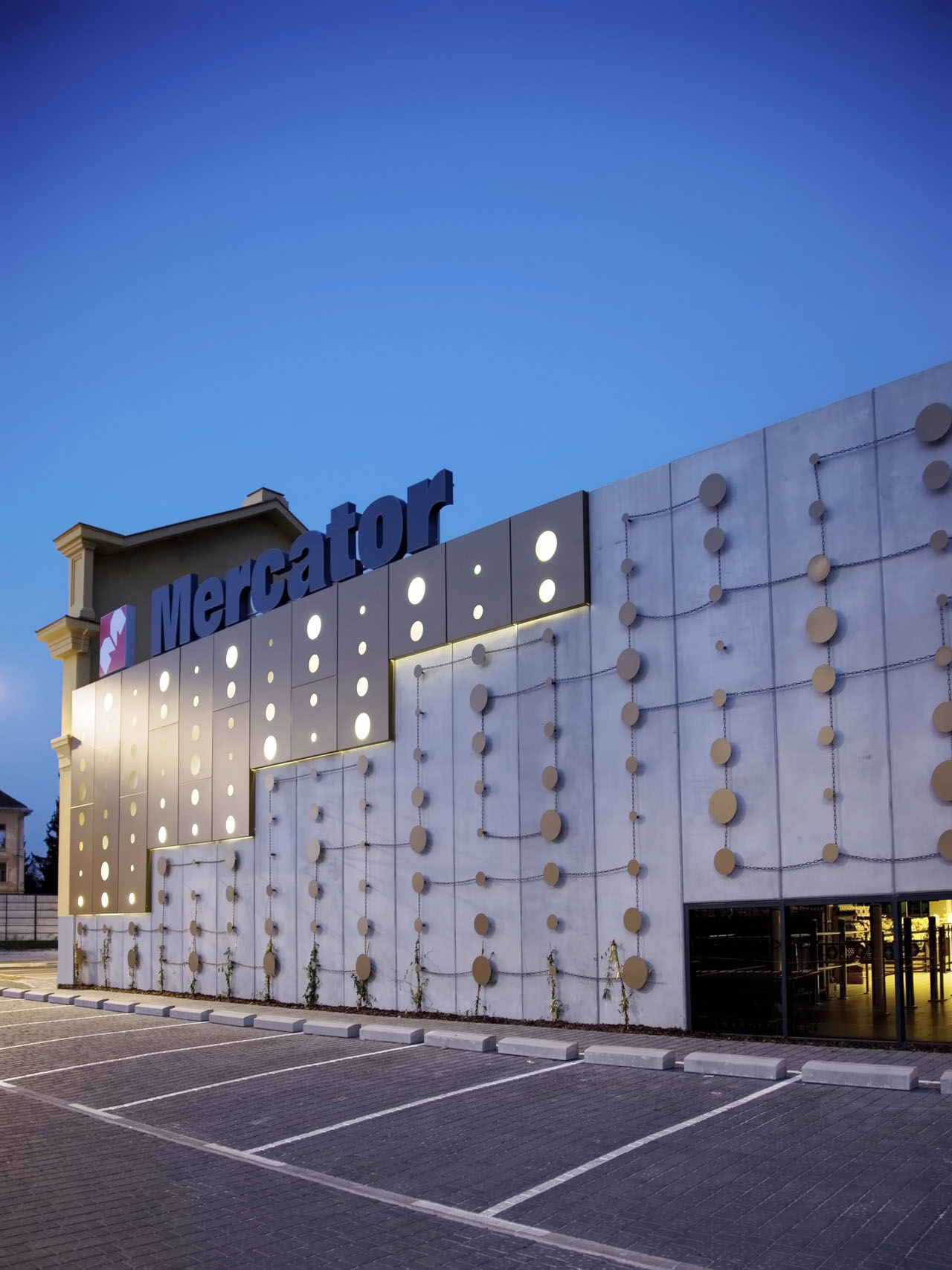 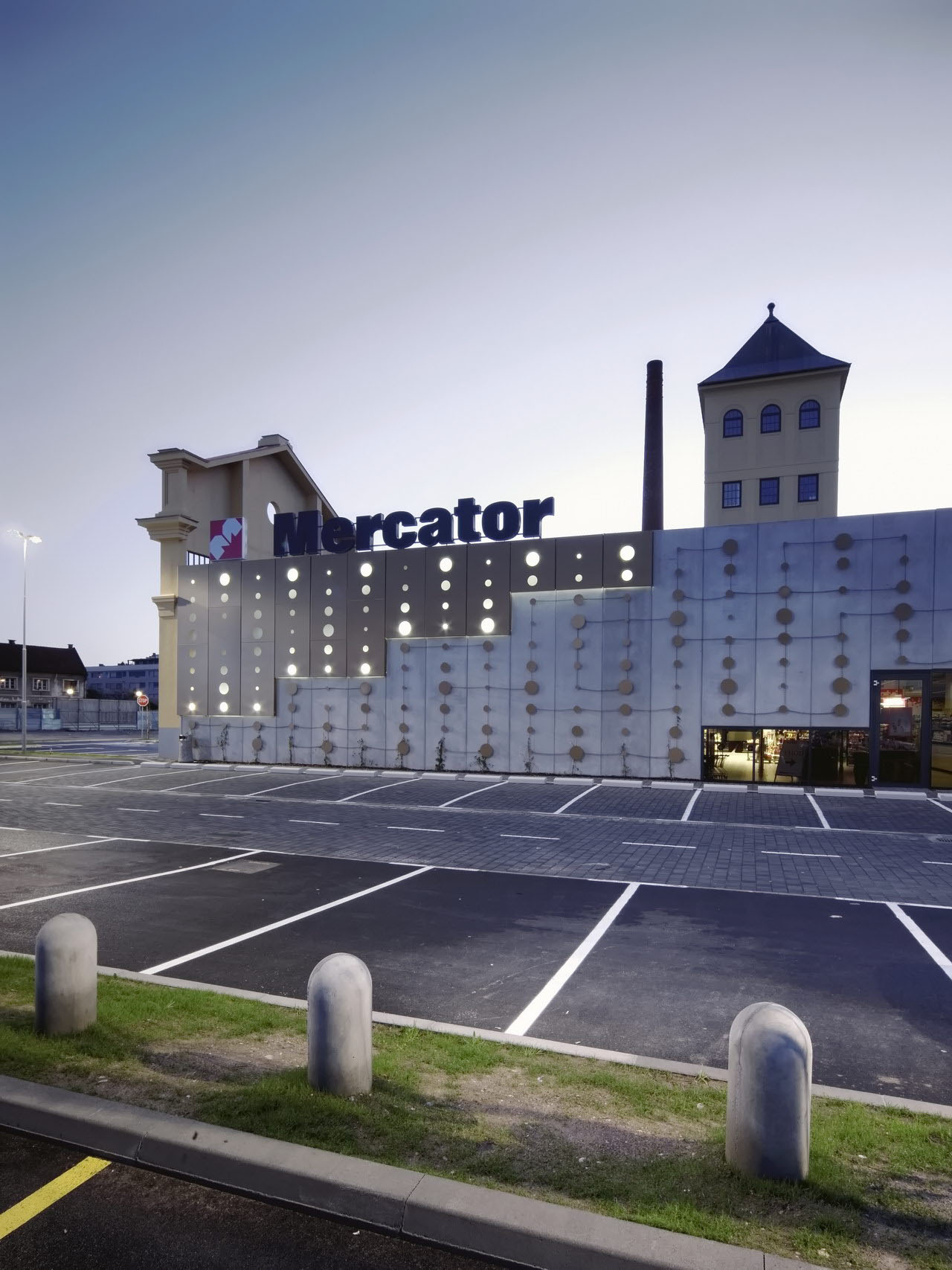 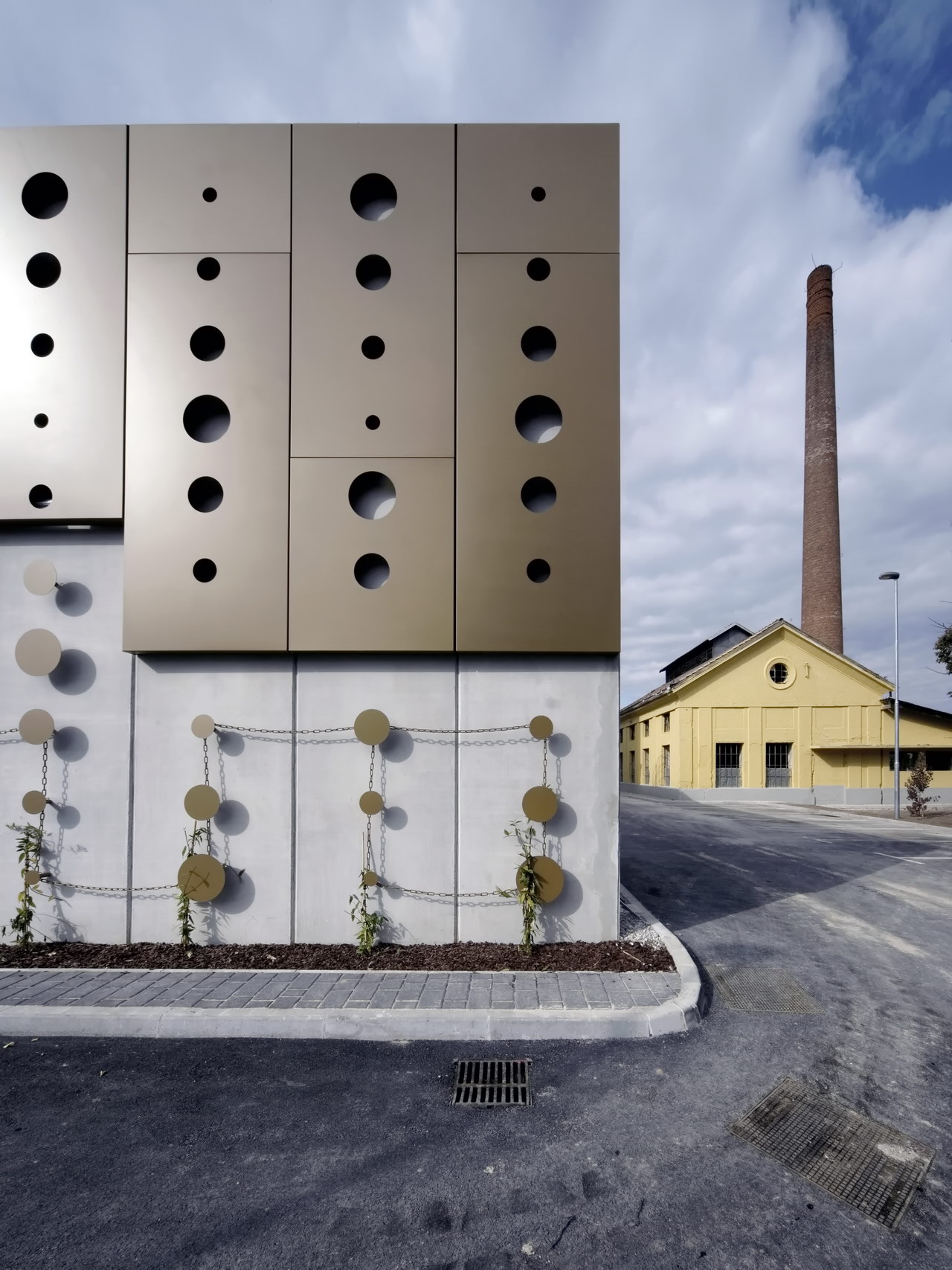 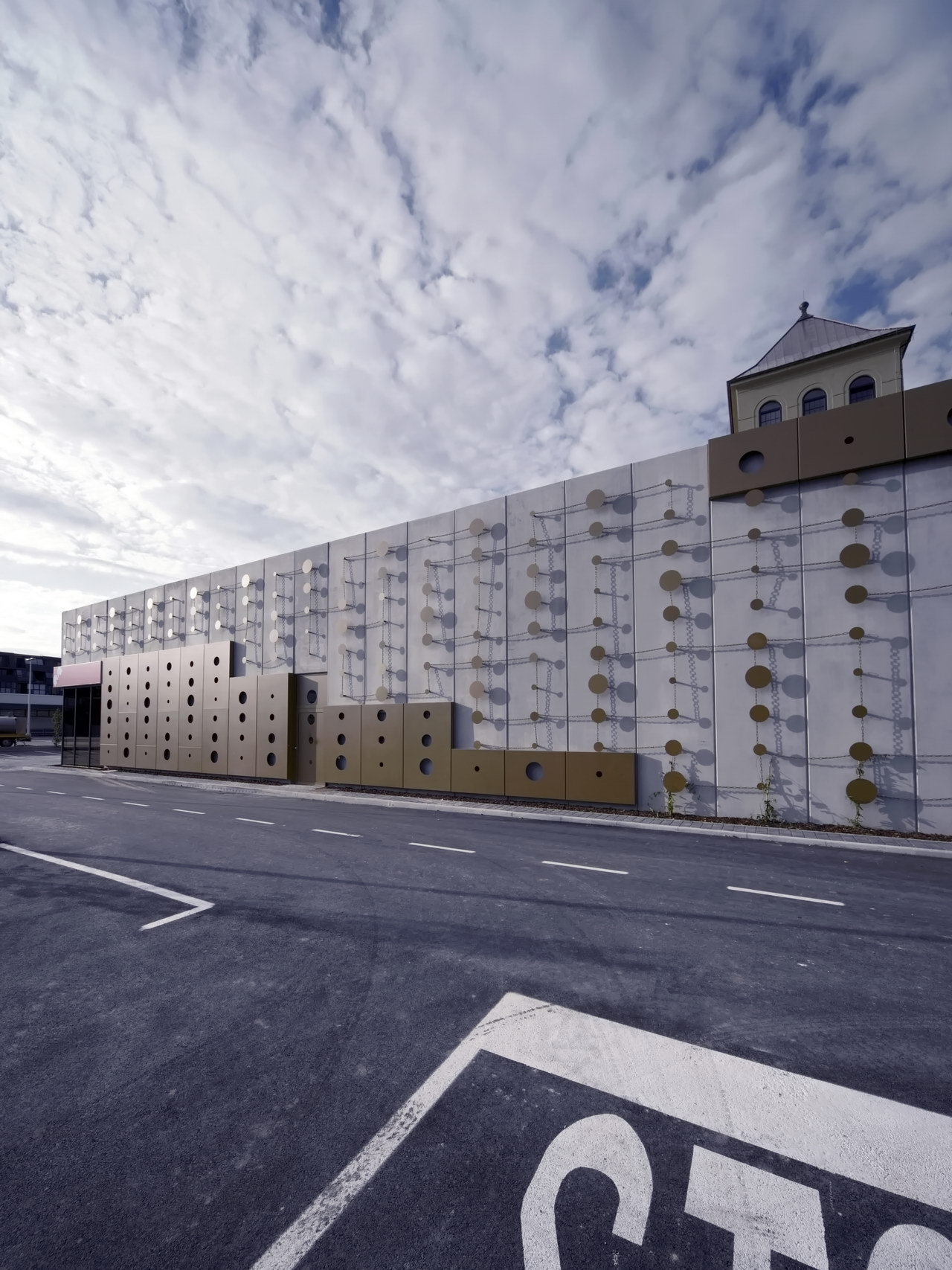 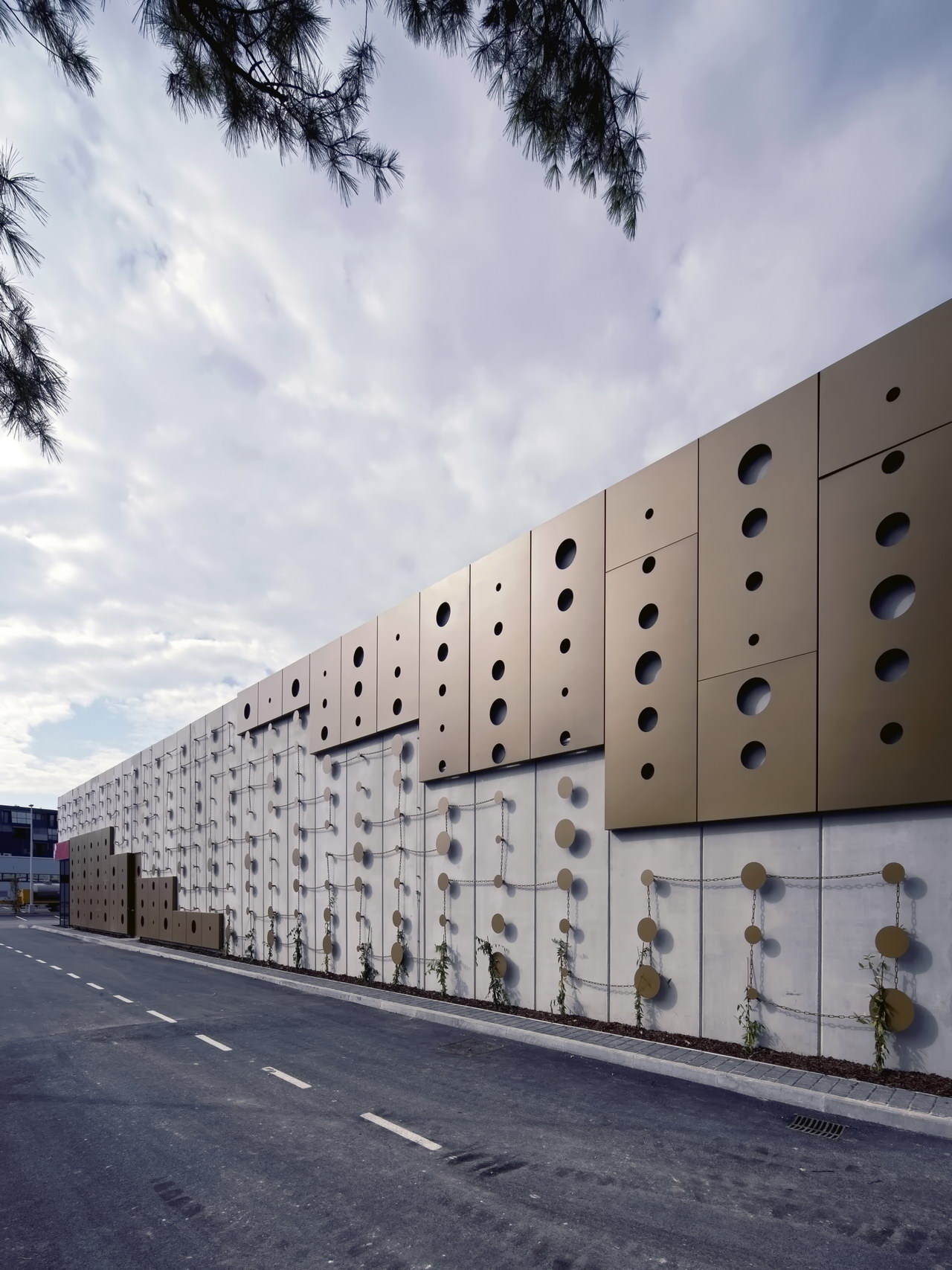 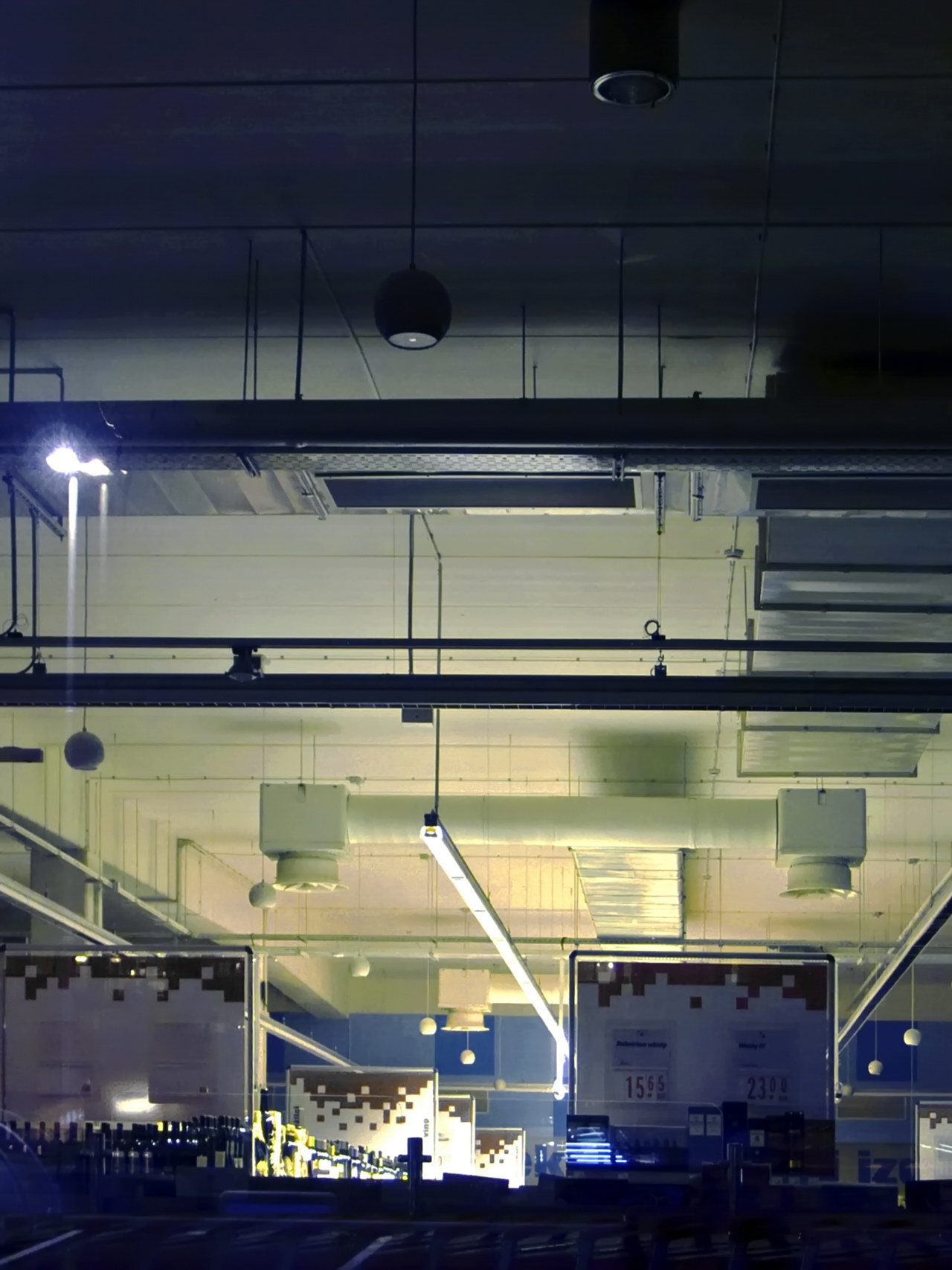 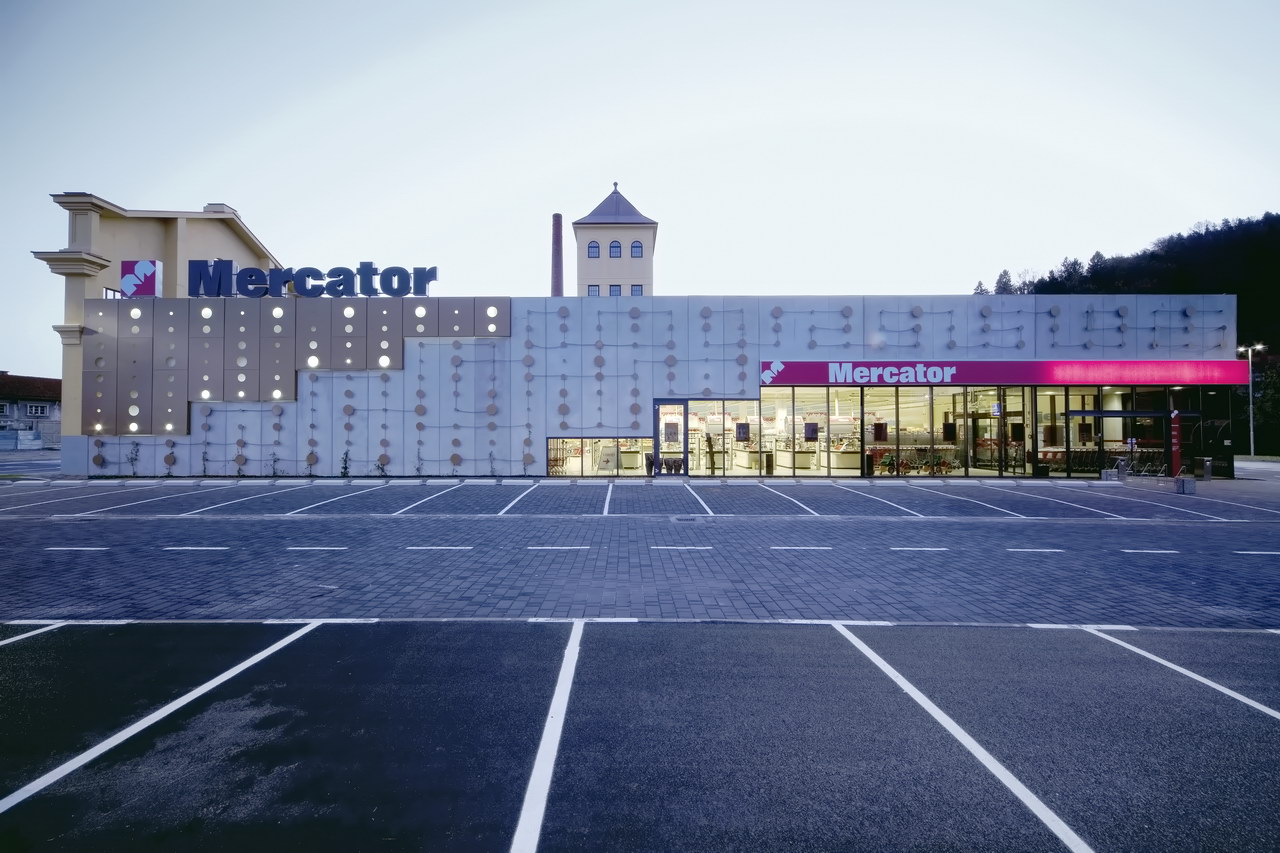 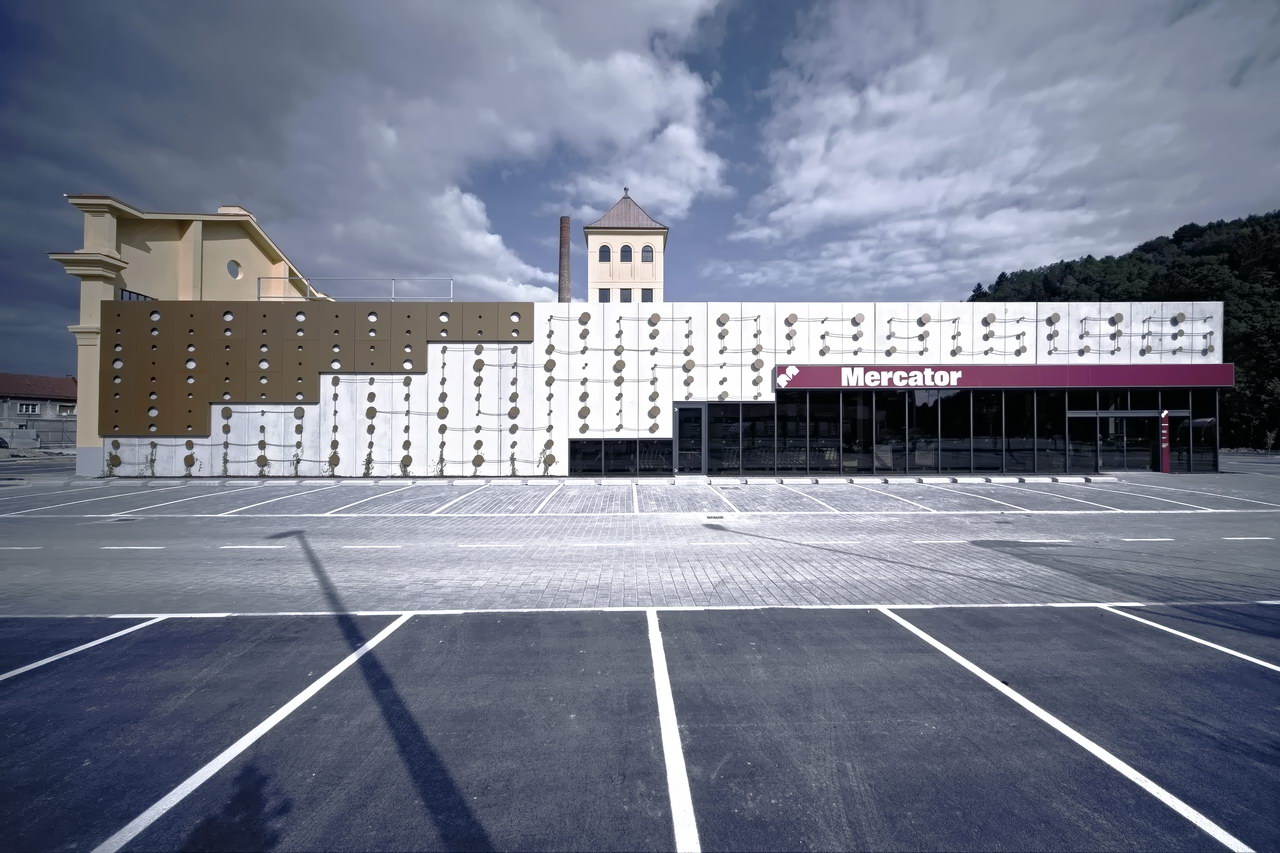 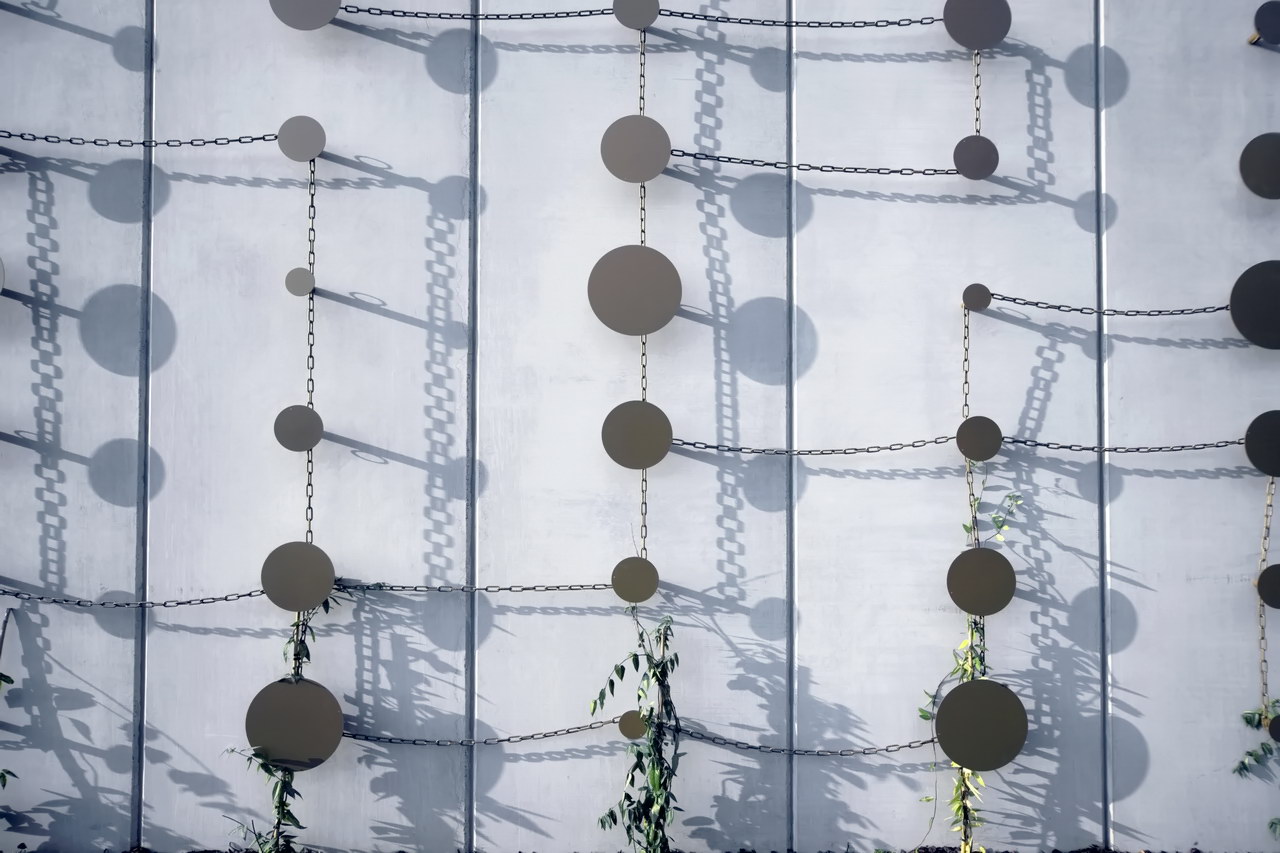 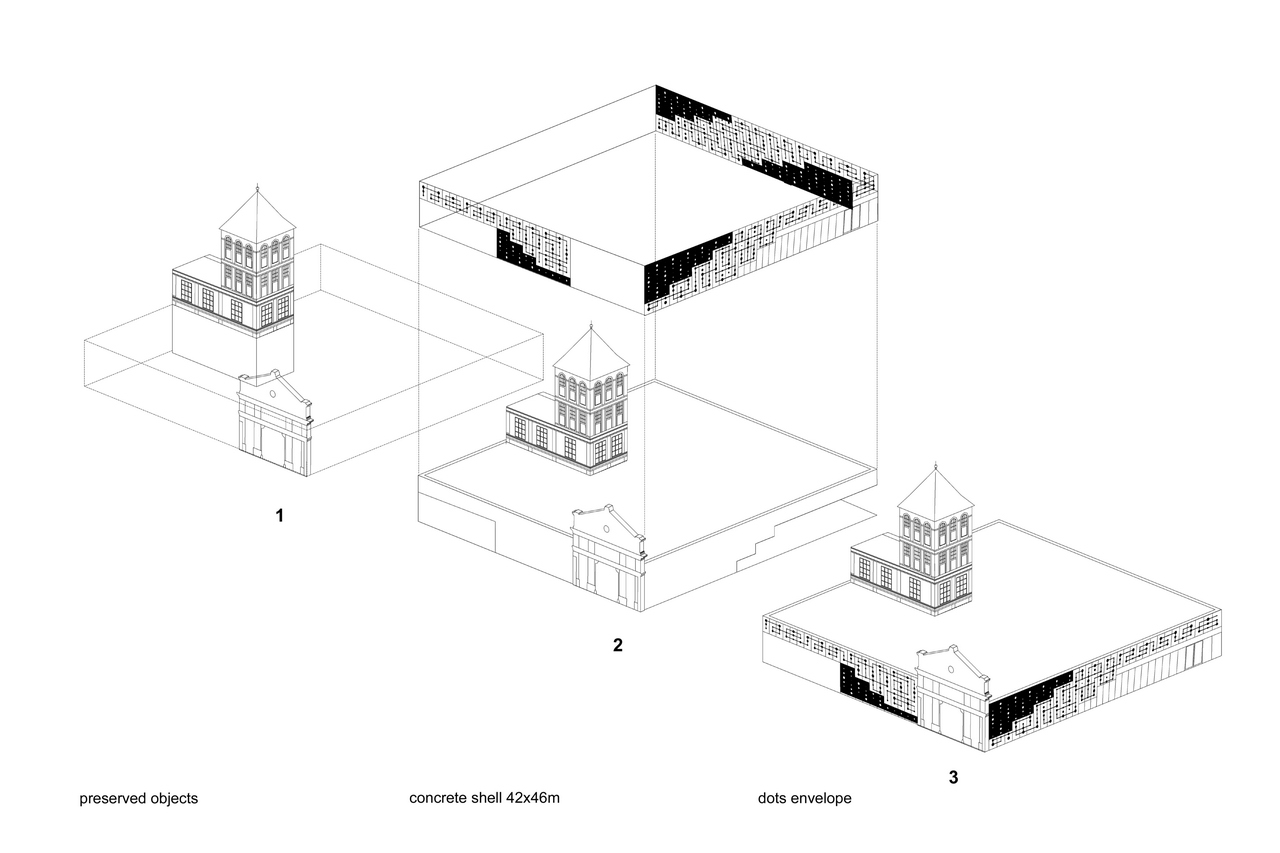 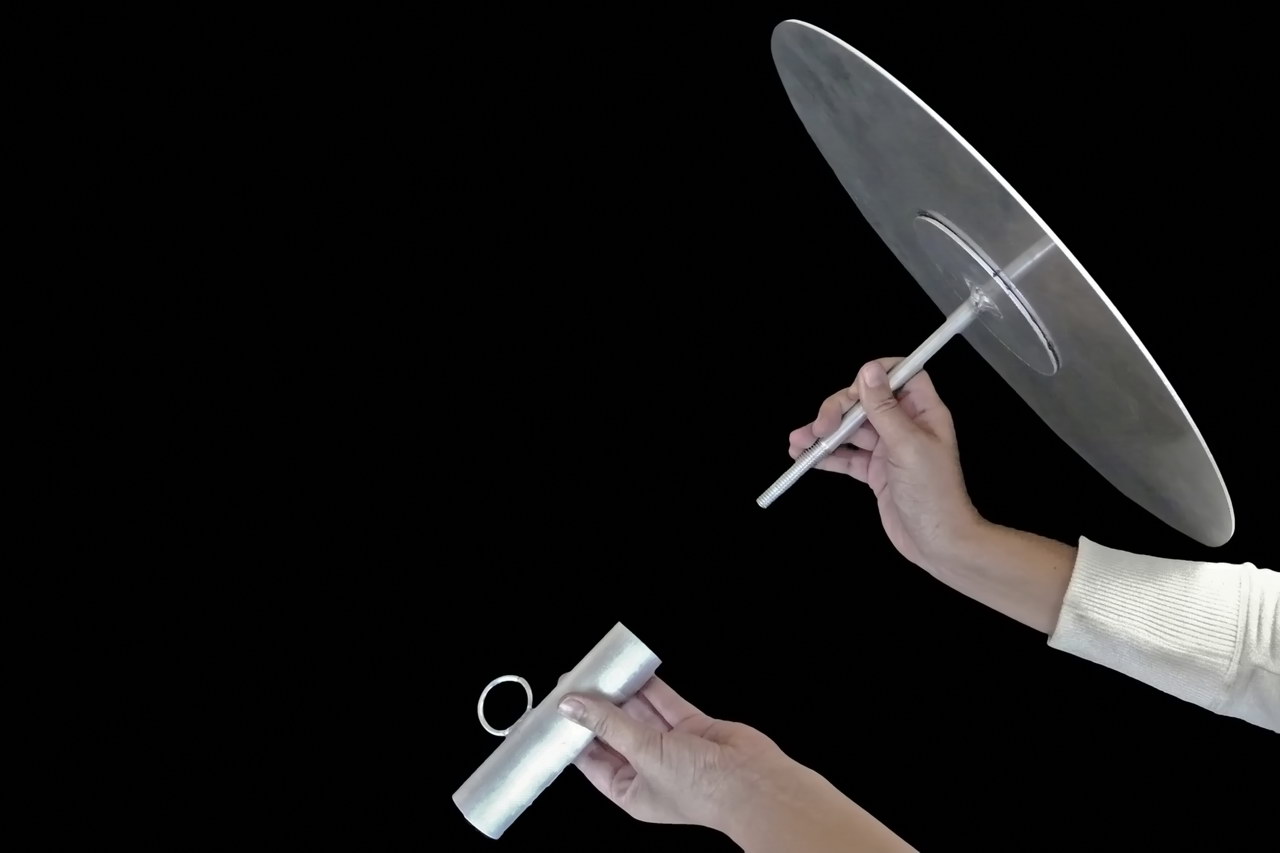 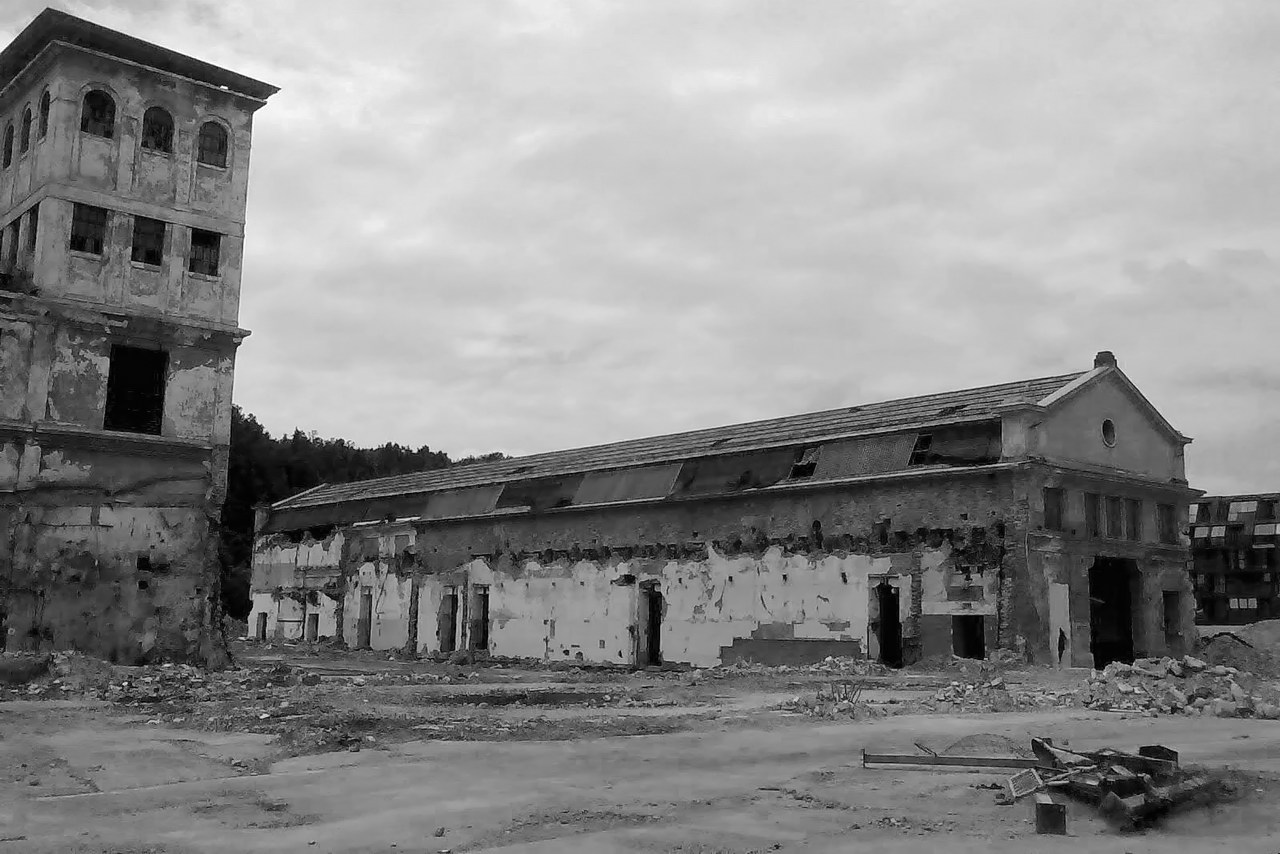 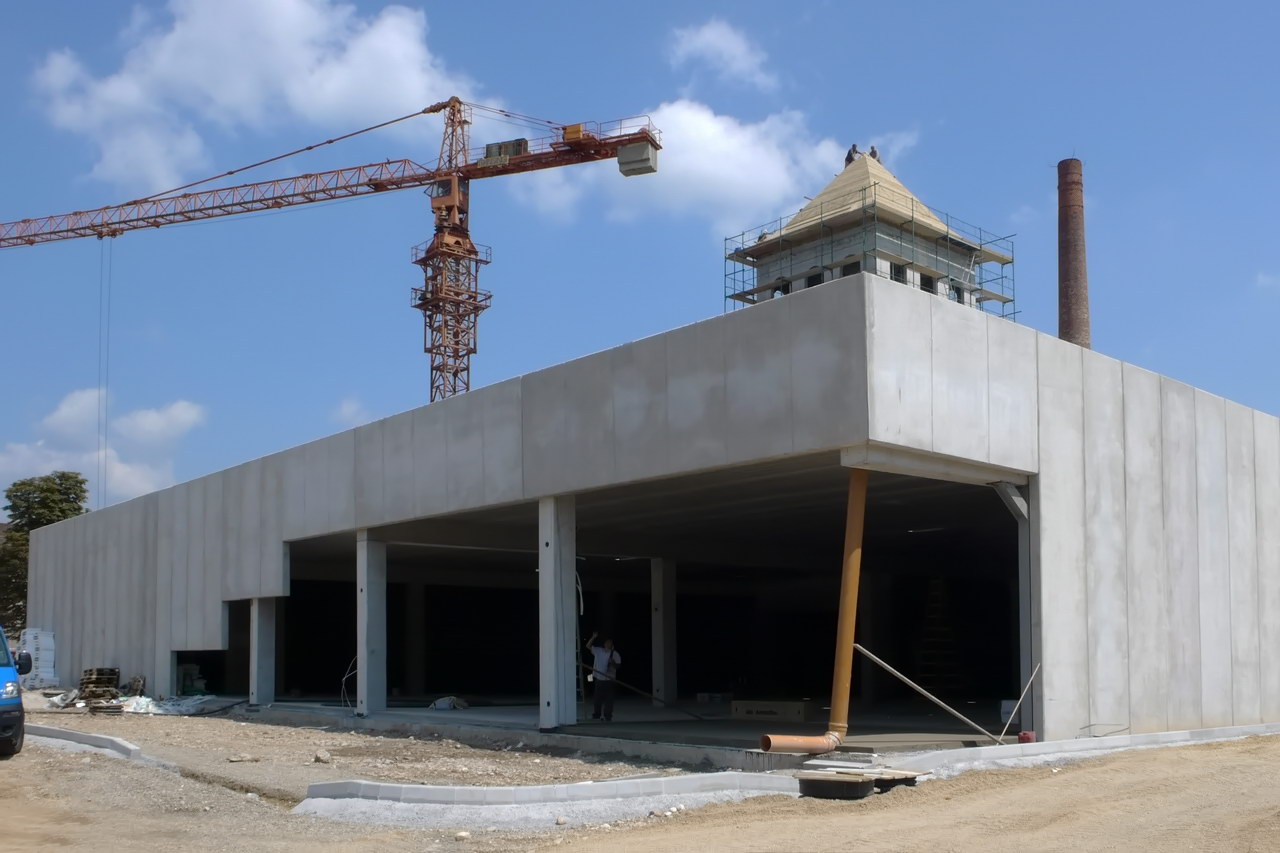 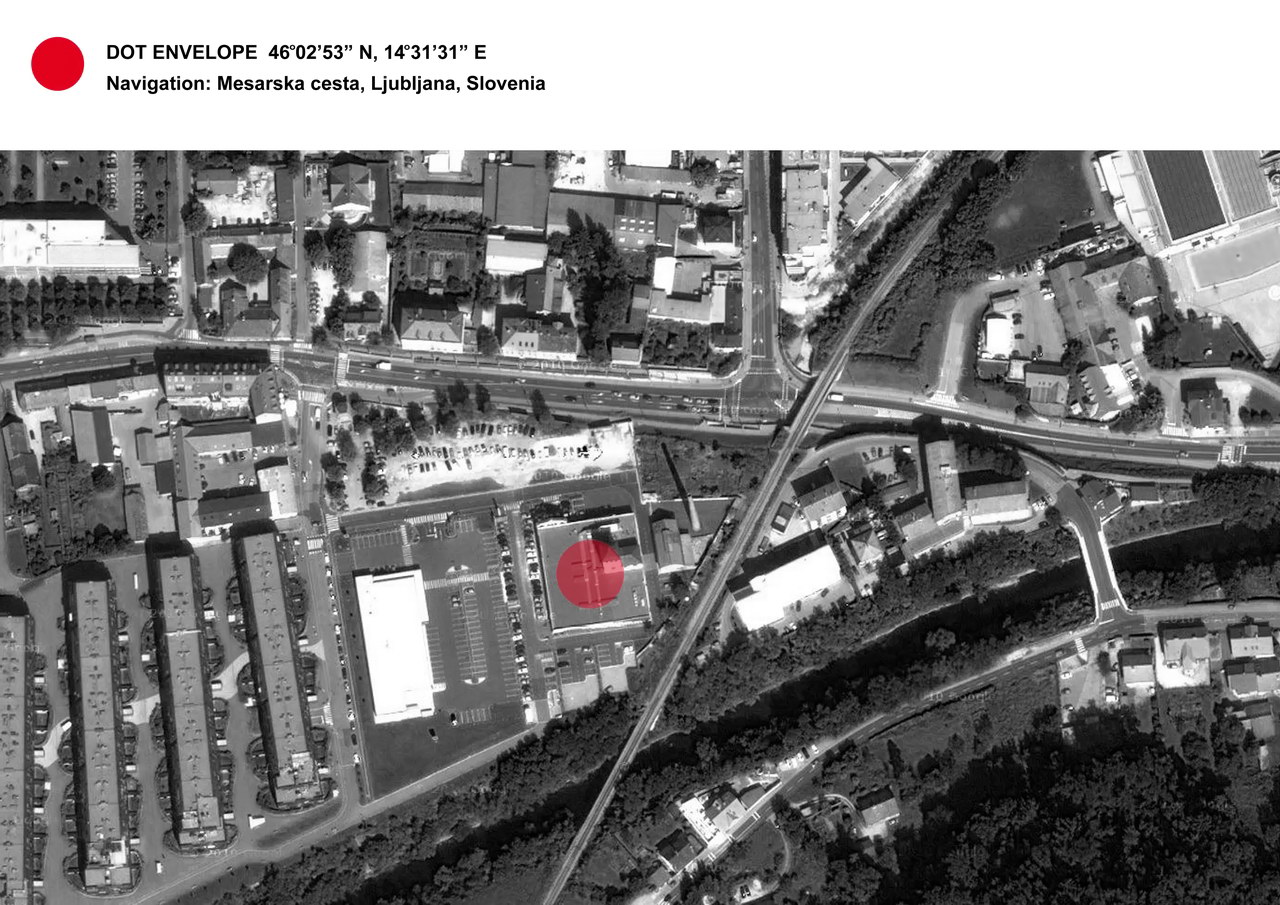 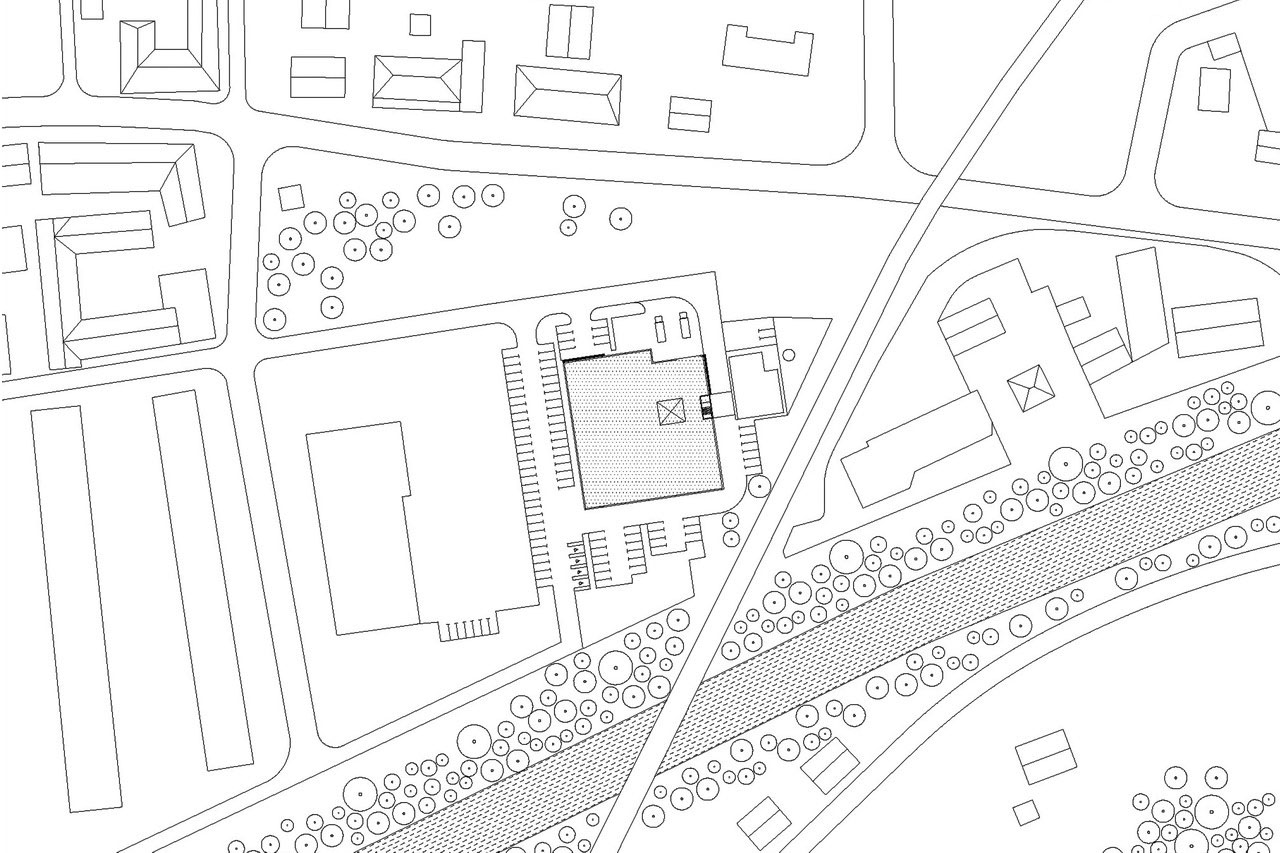 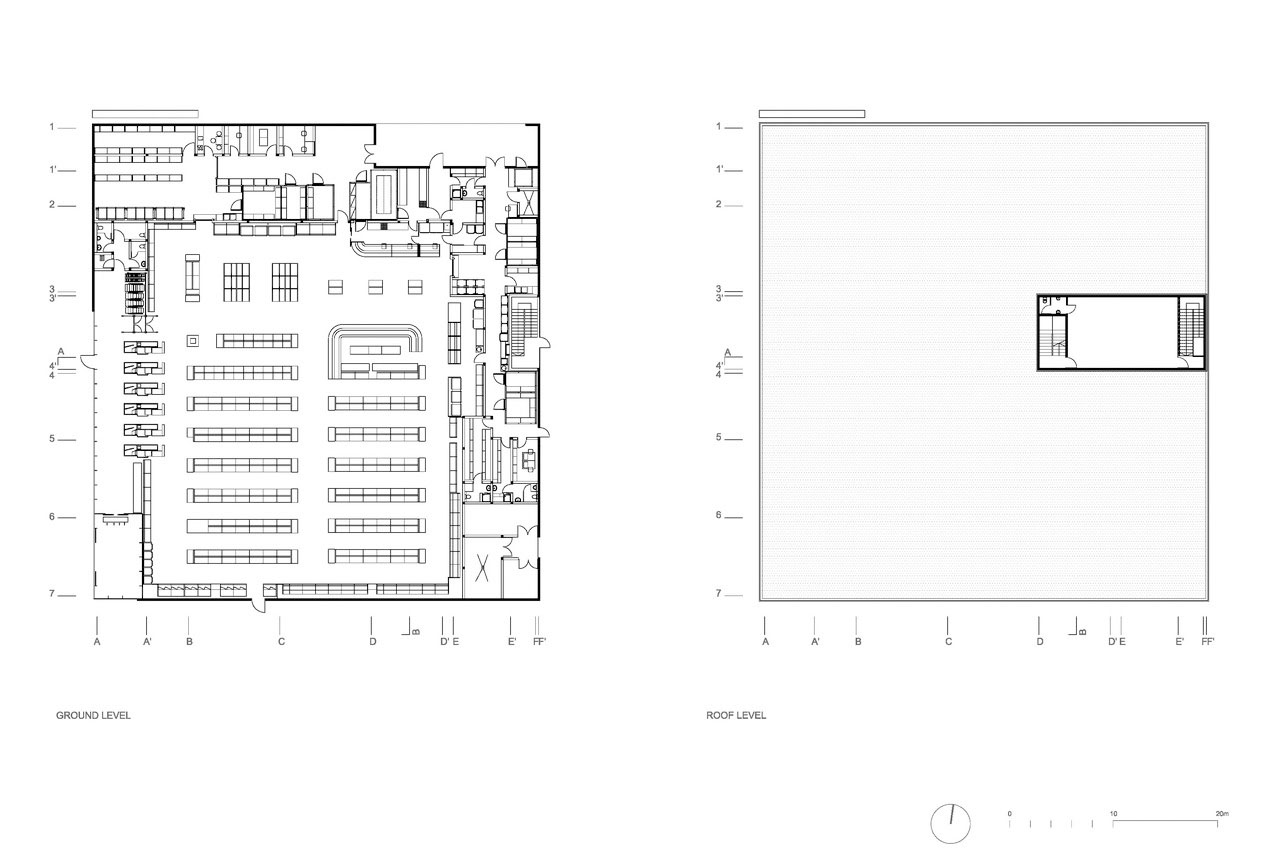 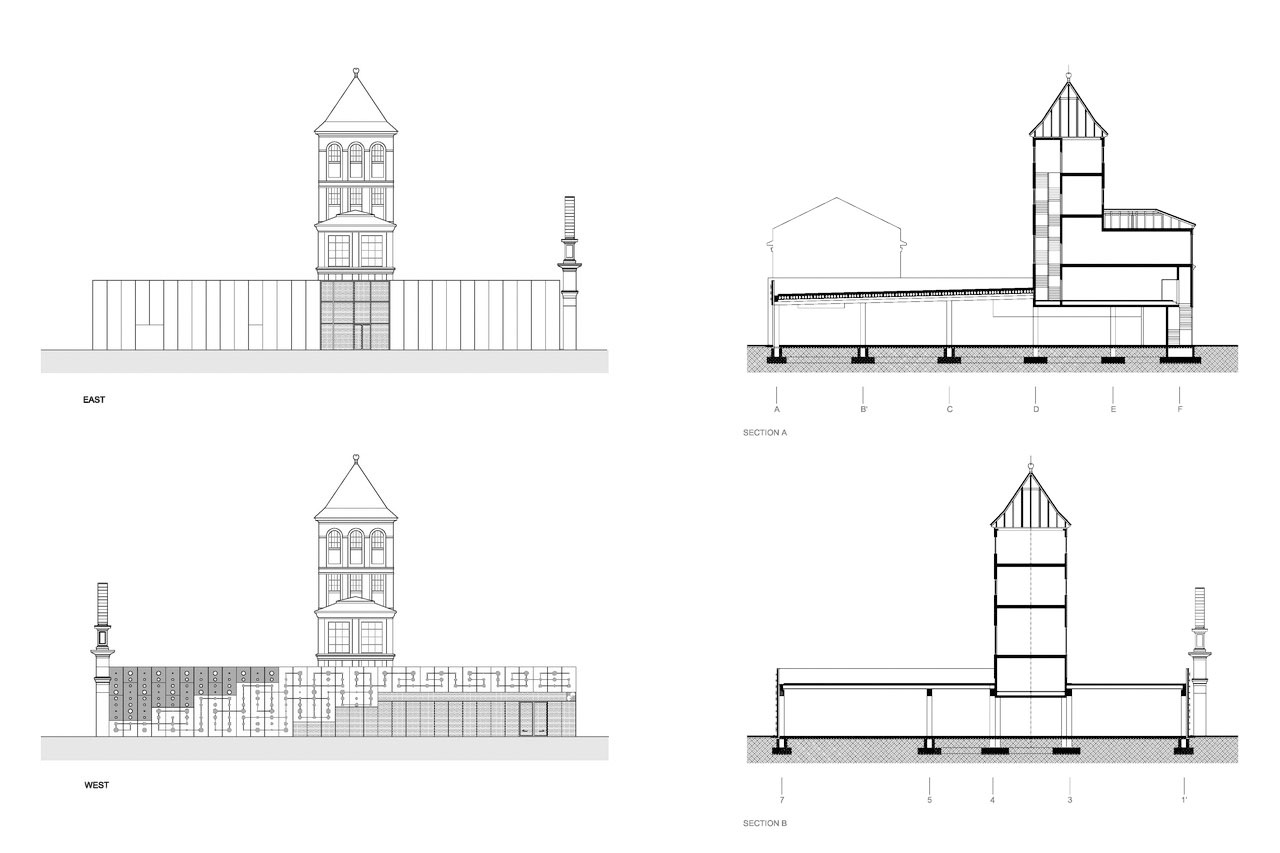