New business facility for the operational activities The layout and appearance of the building reflects both the vision and mission of the company ELES. Both the architectural design and the design of the installations are based on becoming more fuel efficient and on the use of alternative energy sources and have led to a completely carbon neutral design.It was measured that on average 187 days of the year are sunny, showing potential for the exploitation of solar energy and the large effective harnessing of solar energy for heating and hot water. Depending on the design object, purpose and average annual rainfall of 1402 mm per year, it is reasonable to include the installation of rainwater for purposes such as sanitation, watering, car washing... The design of the energy system gives priority to the exploitation of renewable energy sources such as solar and wind as well as sourcing locally to reduce energy consumption and reduce CO2 emissions. Therefore, the concept takes into account local resources such as groundwater (for direct heating and cooling), wind to improve natural ventilation, sun for natural lighting and the use of solar energy, use of rainwater and wastewater recycling. All ventilation systems are equipped with automatic regulation and control in the room depending on room occupancy and room monitoring air quality. Ventilation systems are linked to a central control system which allows us to perform the ventilation system in order to optimize the system.The energy efficiency is also apparent from the exterior with the use of the solar roof element and also in the interior with the use of integrated greenery and atriums. The exterior solar membranes serve as the character of the building and the company, whilst also generating electricity. The facility is designed as modern, rational and with the use of organic materials. The facility is designed as modern, rational and with the use of organic materials. The defining membranes are formed by solar panels combined with insulation and aluminum plates.The interior of the building will be concrete and natural materials such as wood, textiles and aluminum.The workshops are designed as prefabricated concrete halls. The building is organized as a campus, or miniature 'city' which clearly reflects the mission and activity of the company. It also creates a positive working environment. The concept envisages the construction phase, as it provides competition. In the first phase of construction the appearance of the building is already formed as a complete unit, so that the second phase can be made at any time at a latter date. The exterior solar membranes serve as the character of the building and the company, whilst also generating electricity. The quantity of panels used is sufficient to produce enough energy to cover the amount consumed by the second phase of construction.The size of site allows for each program to be classified as its on individual unit or department, linked together with a collection of ambient atriums, with cross connecting bridges which interconnect the various sections. As well as functioning as the internal circulation, the atriums also allow natural light and natural air flow to penetrate the interior spaces; they also bring nature and greenery to the office space, which provides the building with a certain ambience. 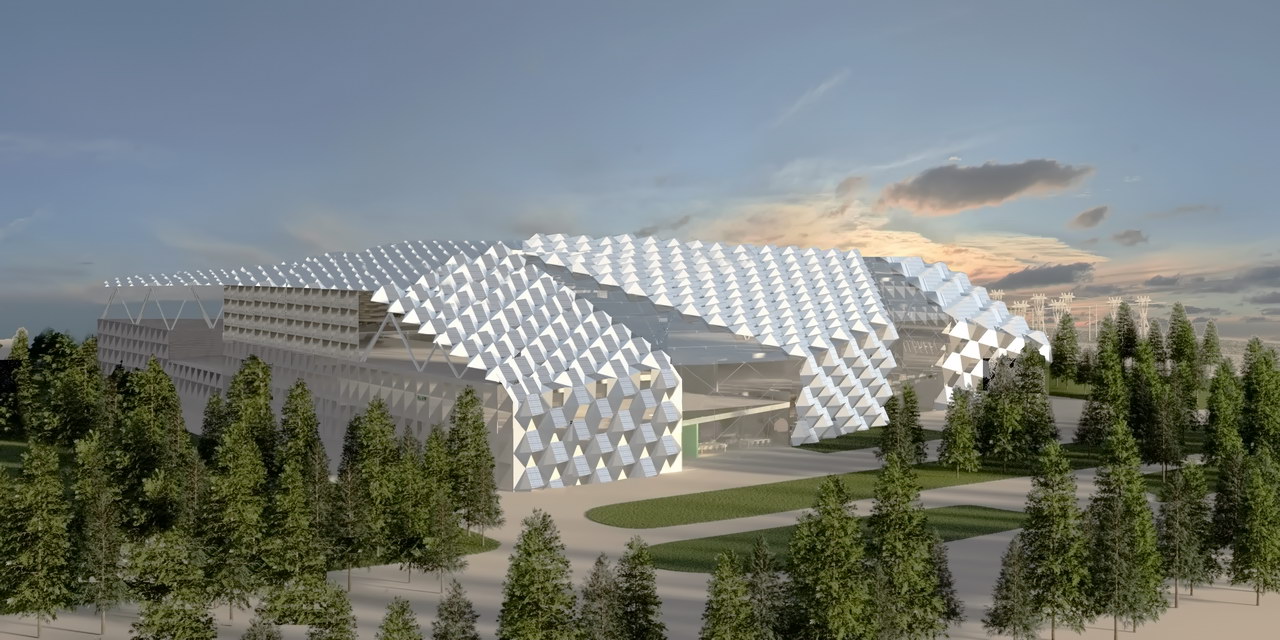 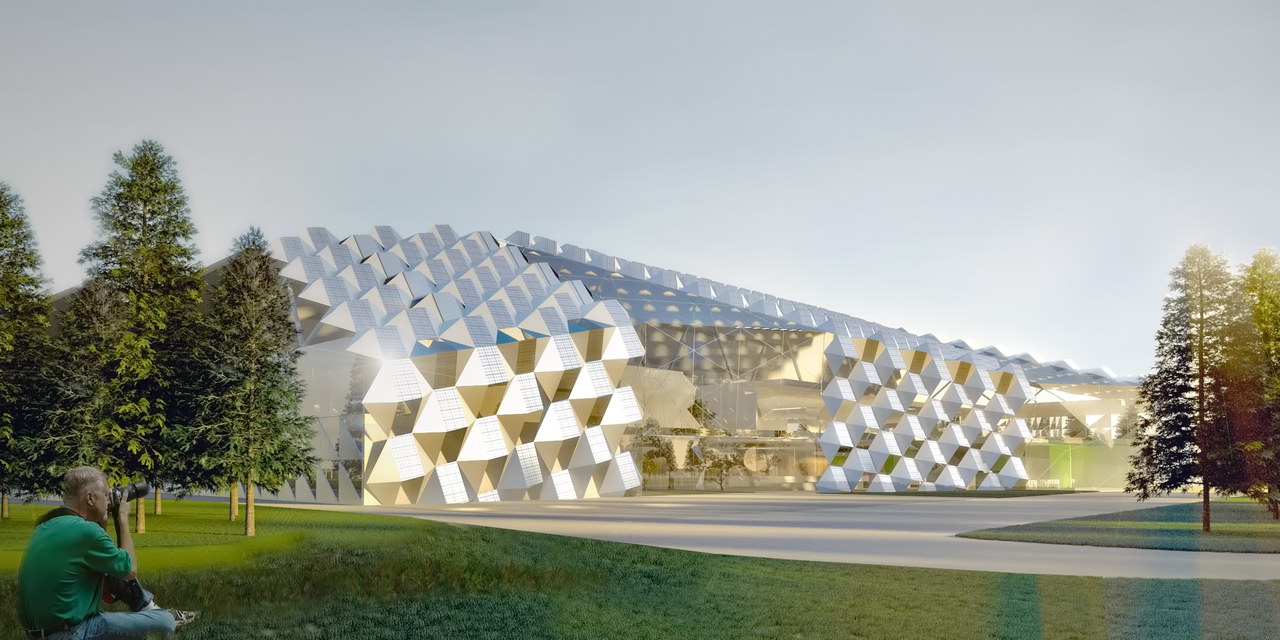 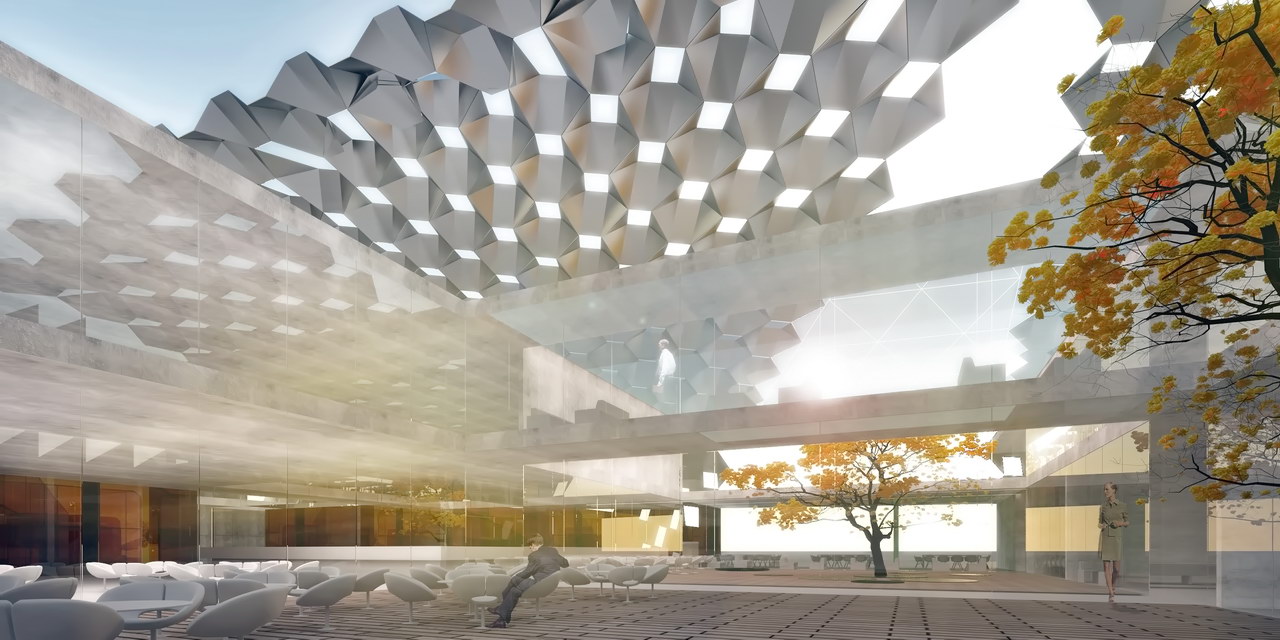 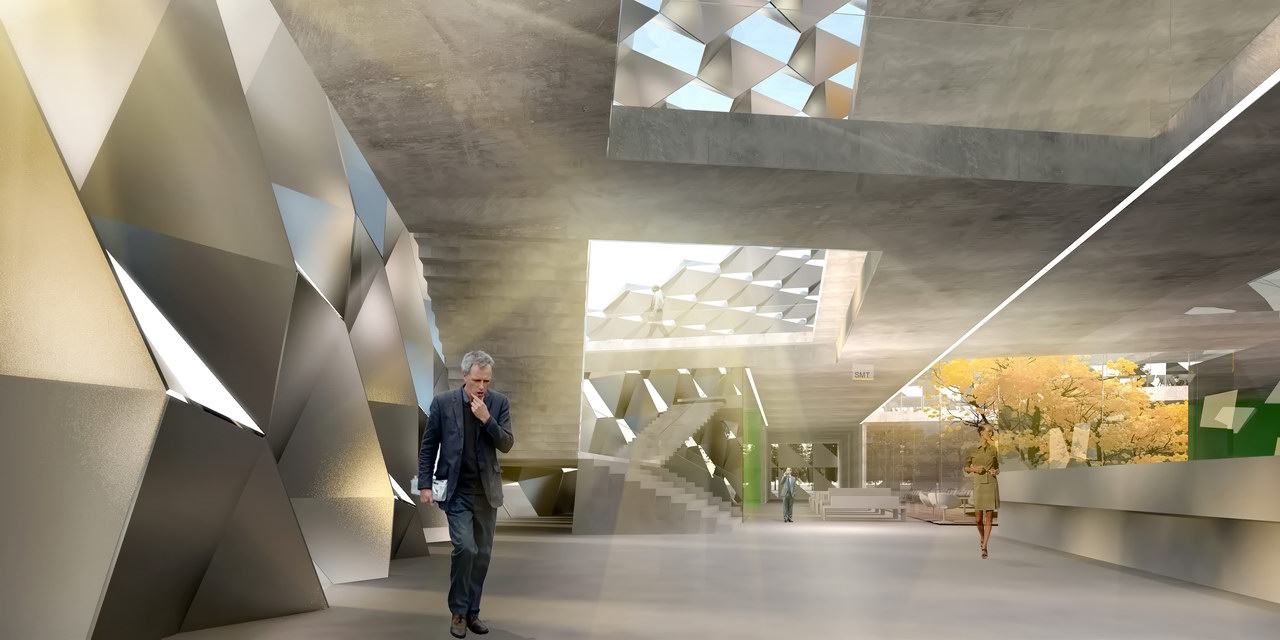 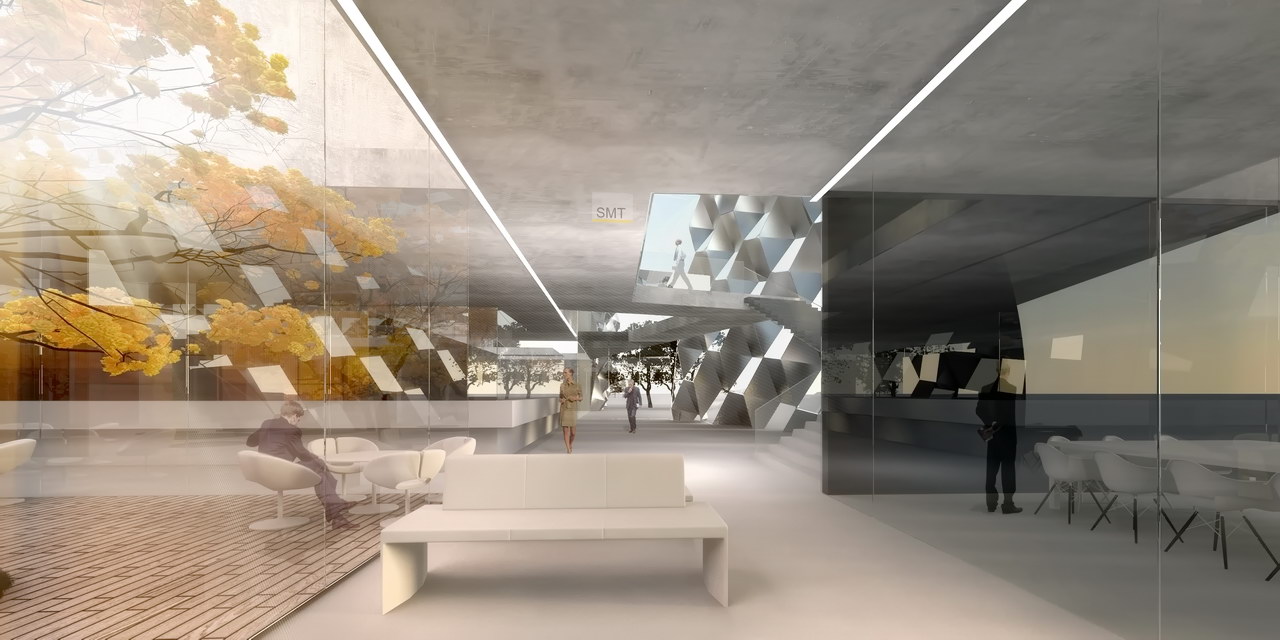 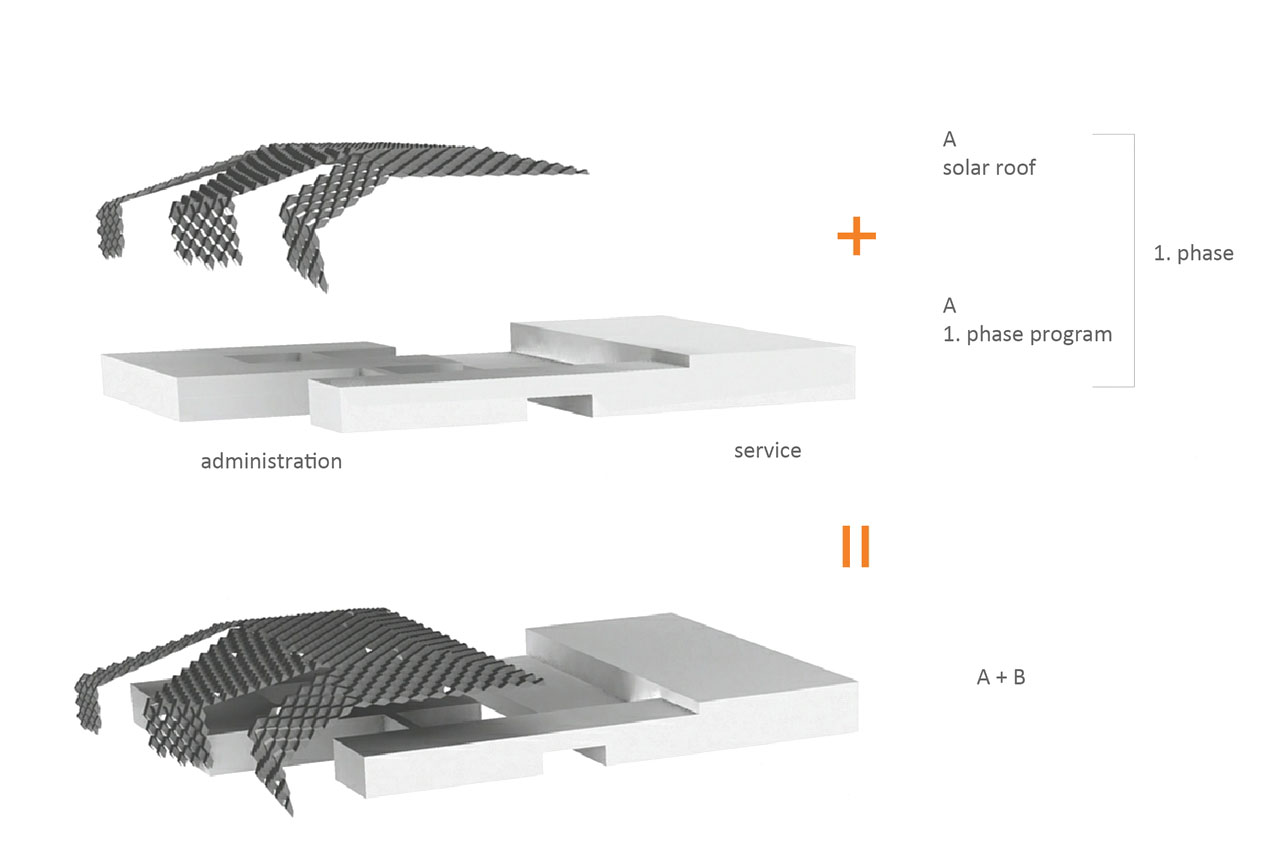 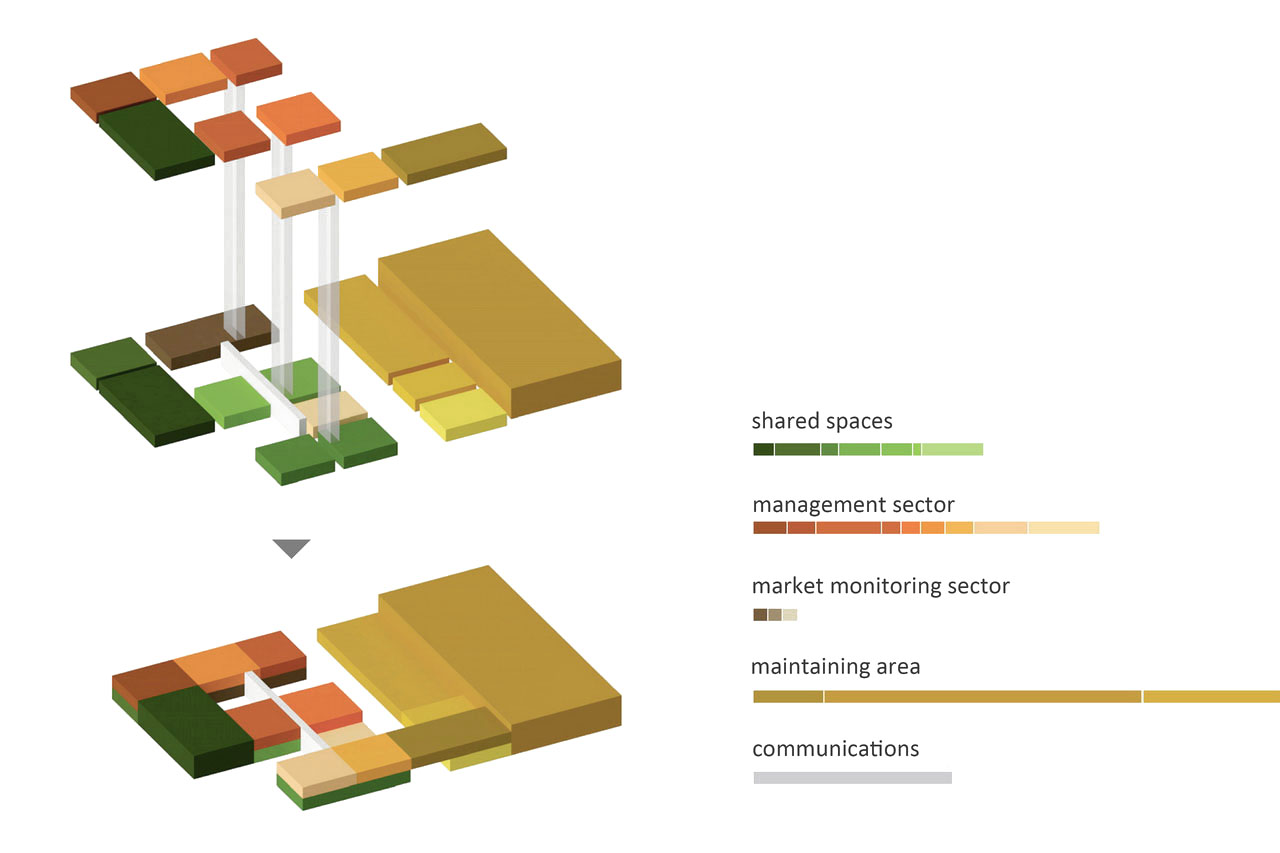 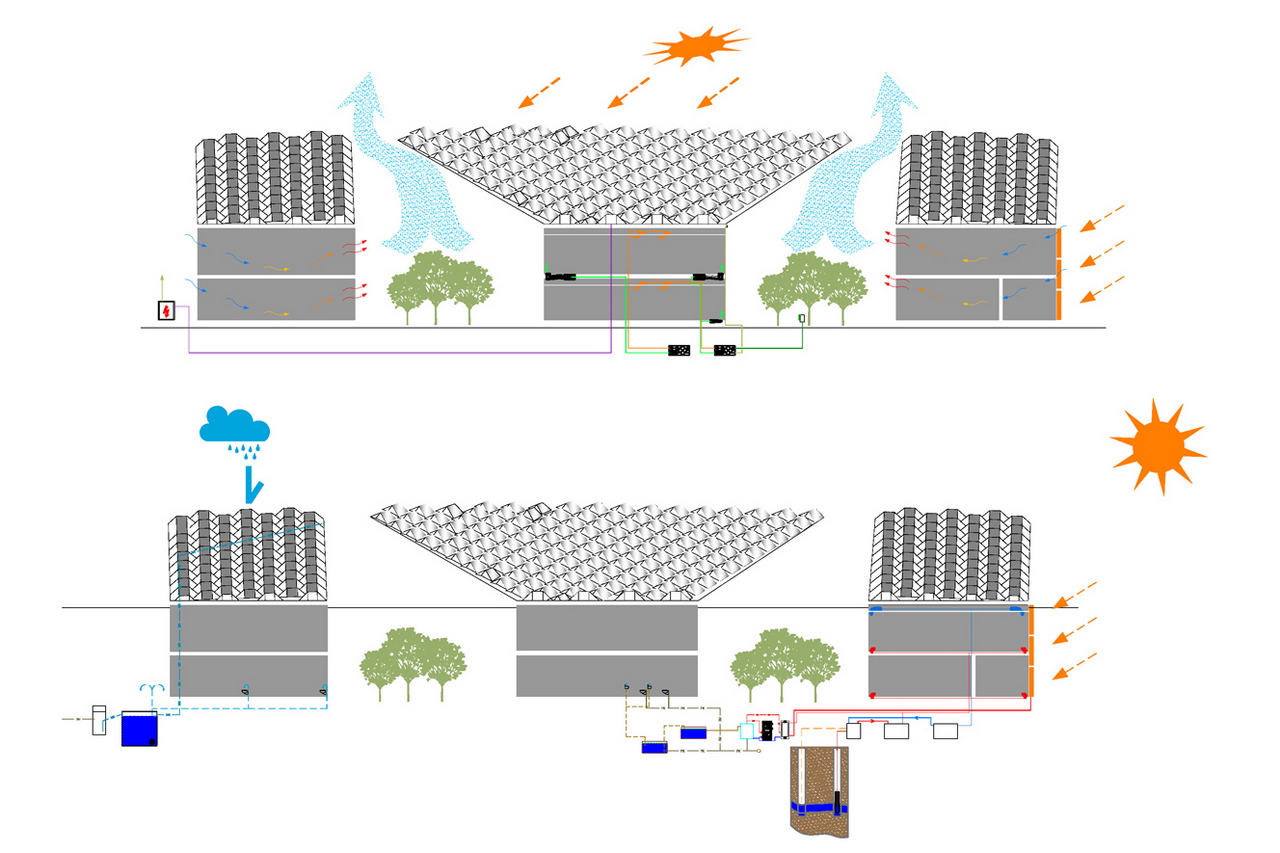 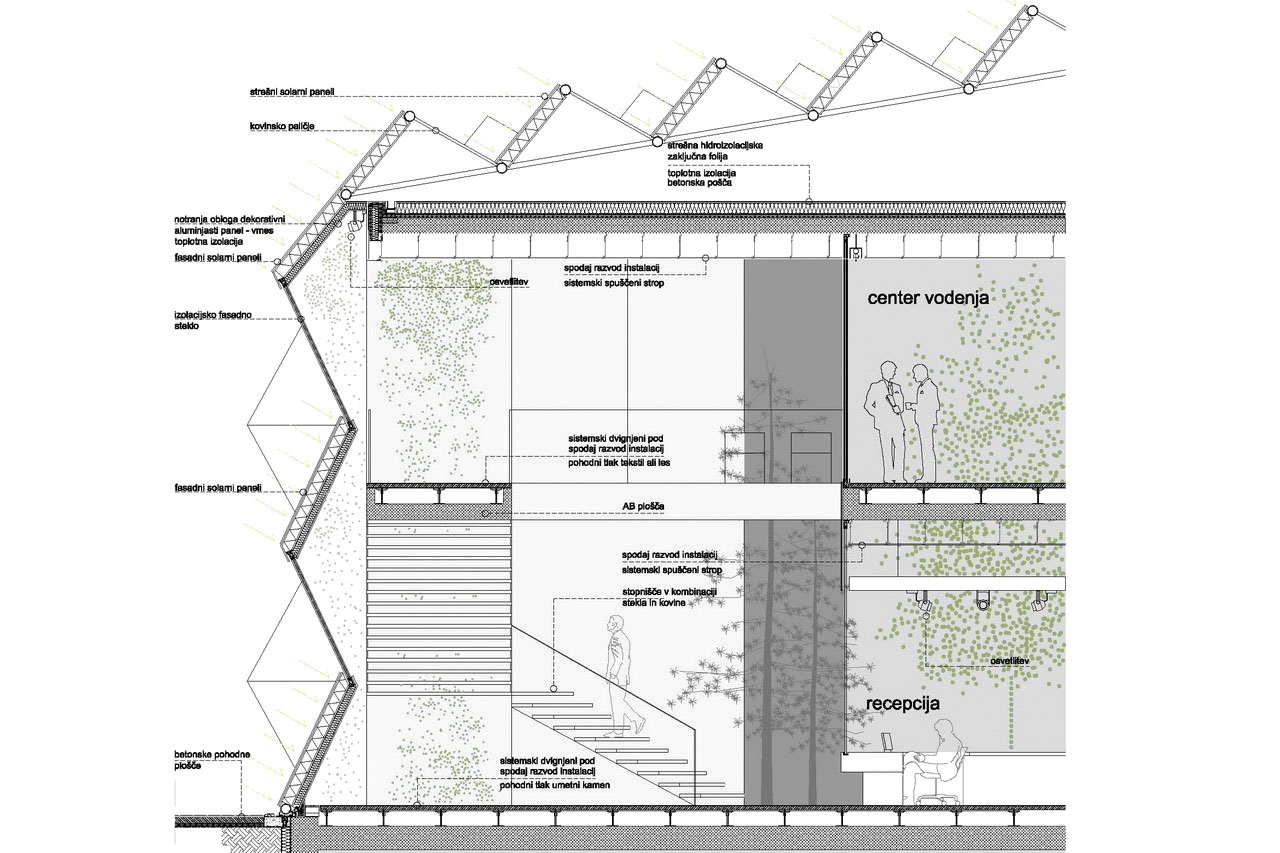 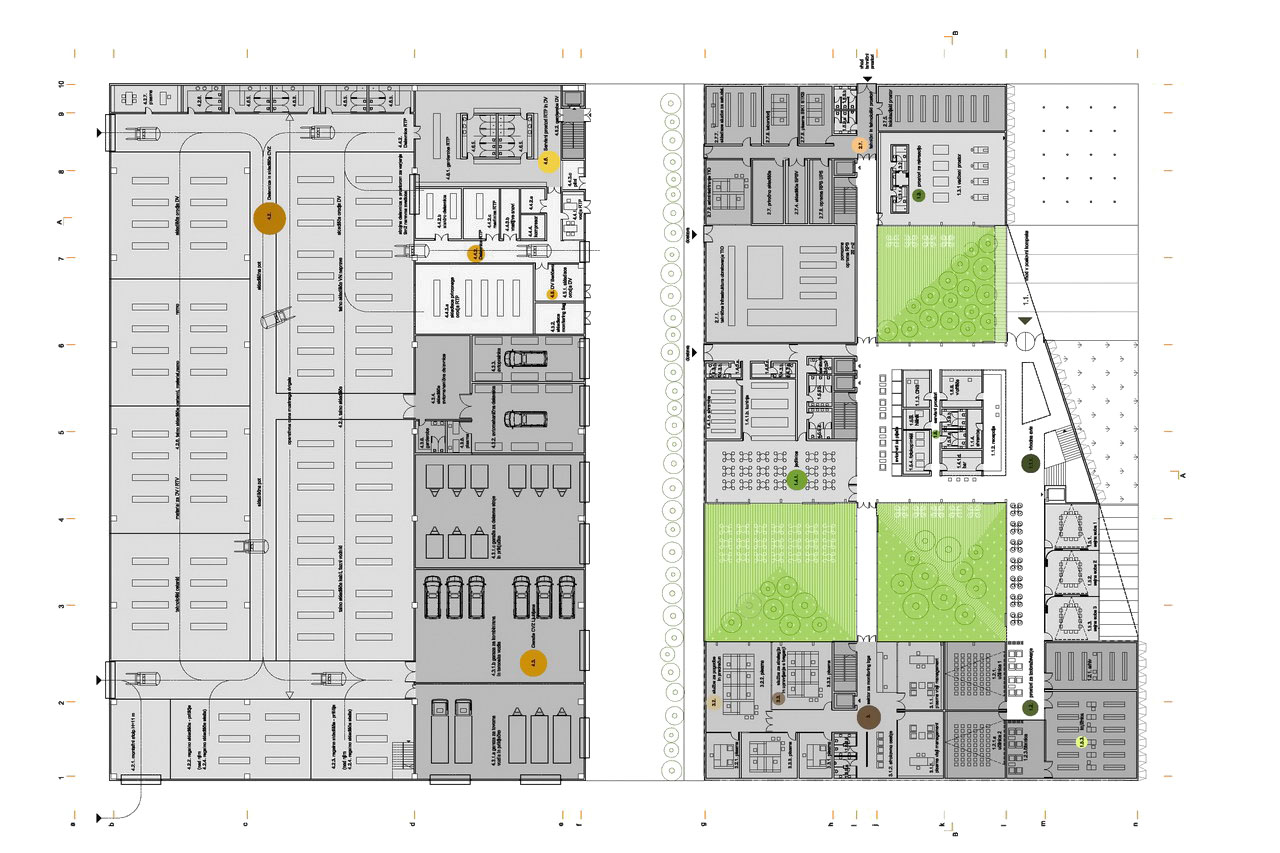 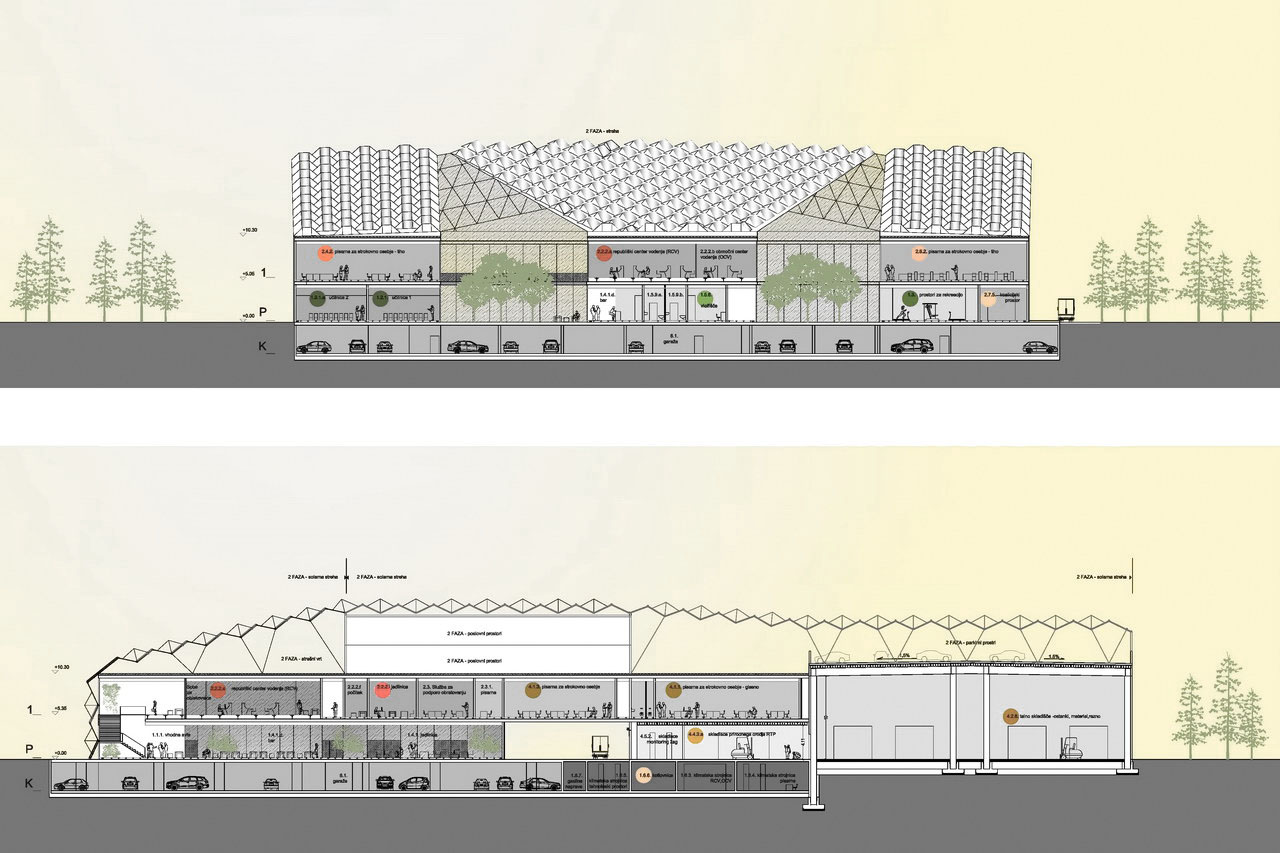 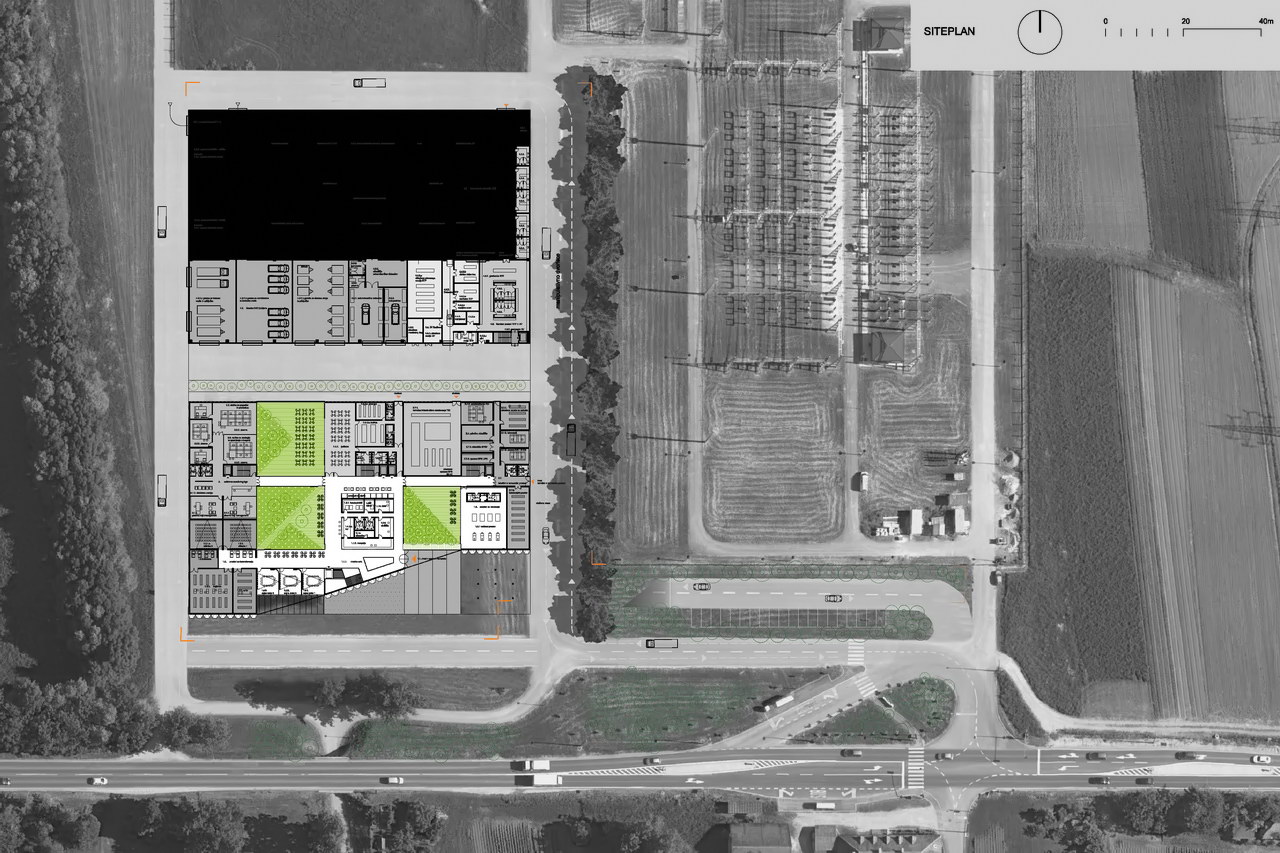 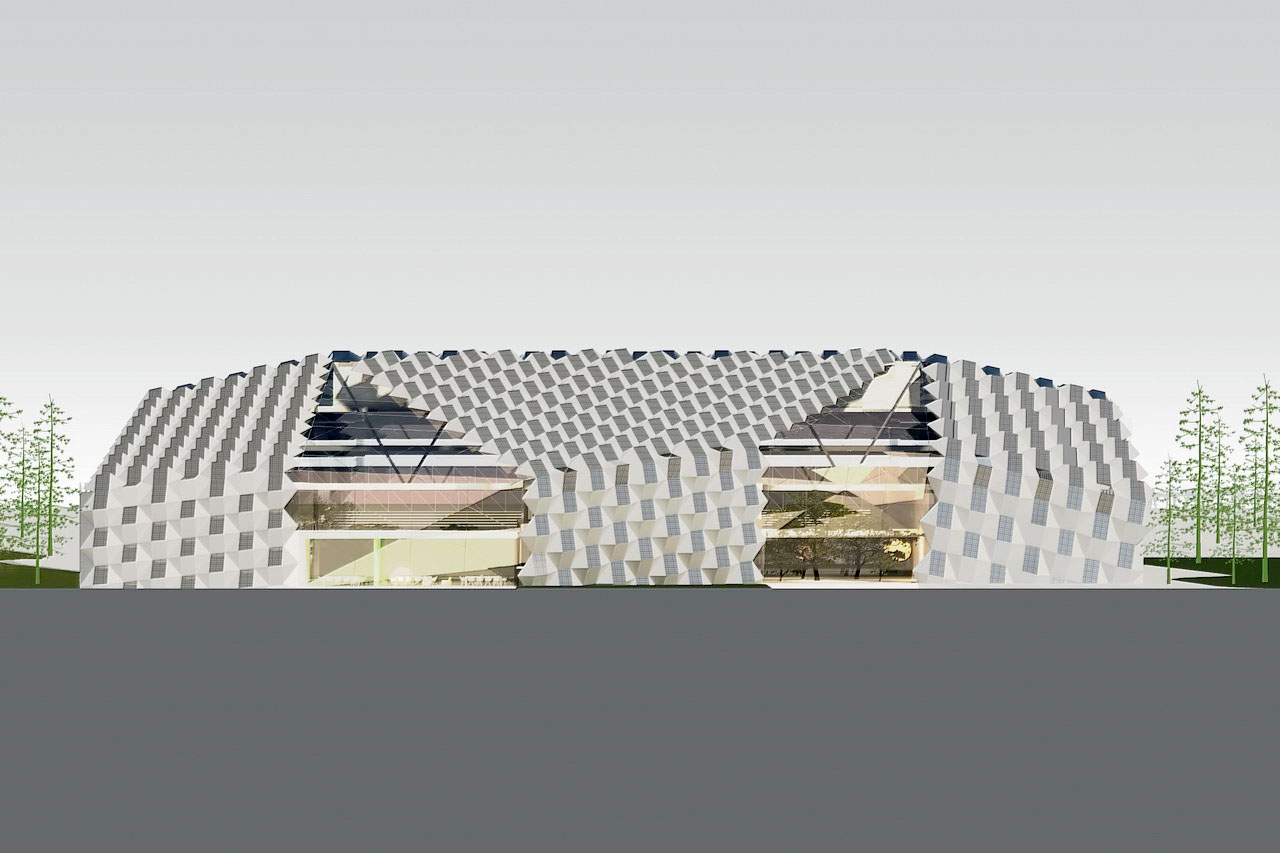